Greetings gamers, we’re back on track after the unholy duo of technical difficulties and responsibility kept us quiet last week. I’ve fixed up my computer (new solid state drive), Telkom has connected my phone line again (but thanks for denying that there was an issue), and the responsibilities… well, they’re still there, but we like talking to y’all.

This week Stuart suggested 5 games he thought would make great tv series adaptions, and Paul reviewed New York 1901 from Blue Orange Games. Let’s get back into the swing of things with this week’s news.

We’re pretty much used to news of Asmodee buying all the board game publishers, so colour us surprised when we heard that Cool Mini or Not bought the worldwide rights to Sheriff of Nottingham from Brazilian publisher Galapogos Jogos. Arcane Wonders will still be publishing the English version of the game, with their CEO Bryan Pope stating: “This new relationship will provide even better support of the game and fans will see some great expansions in the future.” 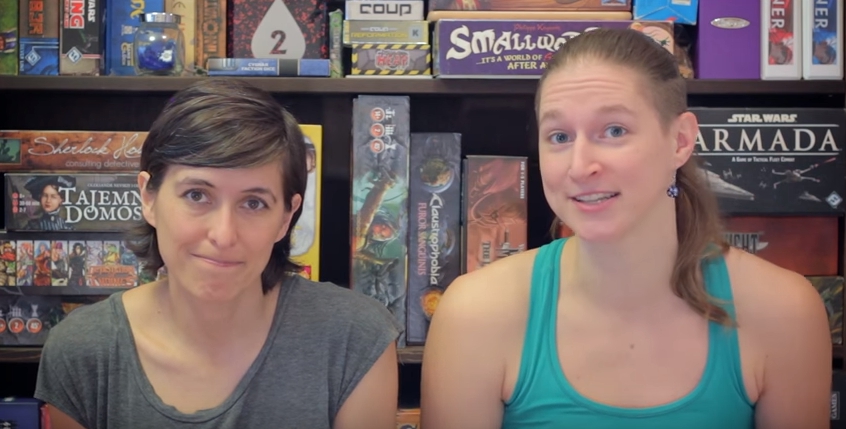 The YouTube channel of Starlit Citadel Reviews is shutting up shop. After 4 seasons, and over 100 reviews, Kaja & Joanna have decided to pursue other “new and exciting projects”. A popular channel, we’re sorry to seem them come to an end, and wish them good luck with their next ventures.

“Each player constructs and upgrades buildings, while managing resources to grow their fledgling colony. In a clever twist, dice are used as resources, with each side/number representing a different resource. Some resources are stable, allowing them to be stored between turns, while others must be used right away. Buildings provide new capabilities, such as increased production, resource manipulation, and additional victory points. Using dice-as-resources facilitates a dynamic, ever-changing resources management mini-game while players work to earn victory points by adding building to their tableau on their way to victory.”

It is giving off a strong “Roll for the Galaxy” vibe, we’ll see how they compare when Colony releases in October of this year. This is the third entry in the Bezier Games “Strategy Trilogy” after Suburbia and Castles of Mad King Ludwig (for shame Subdivision, for shame). 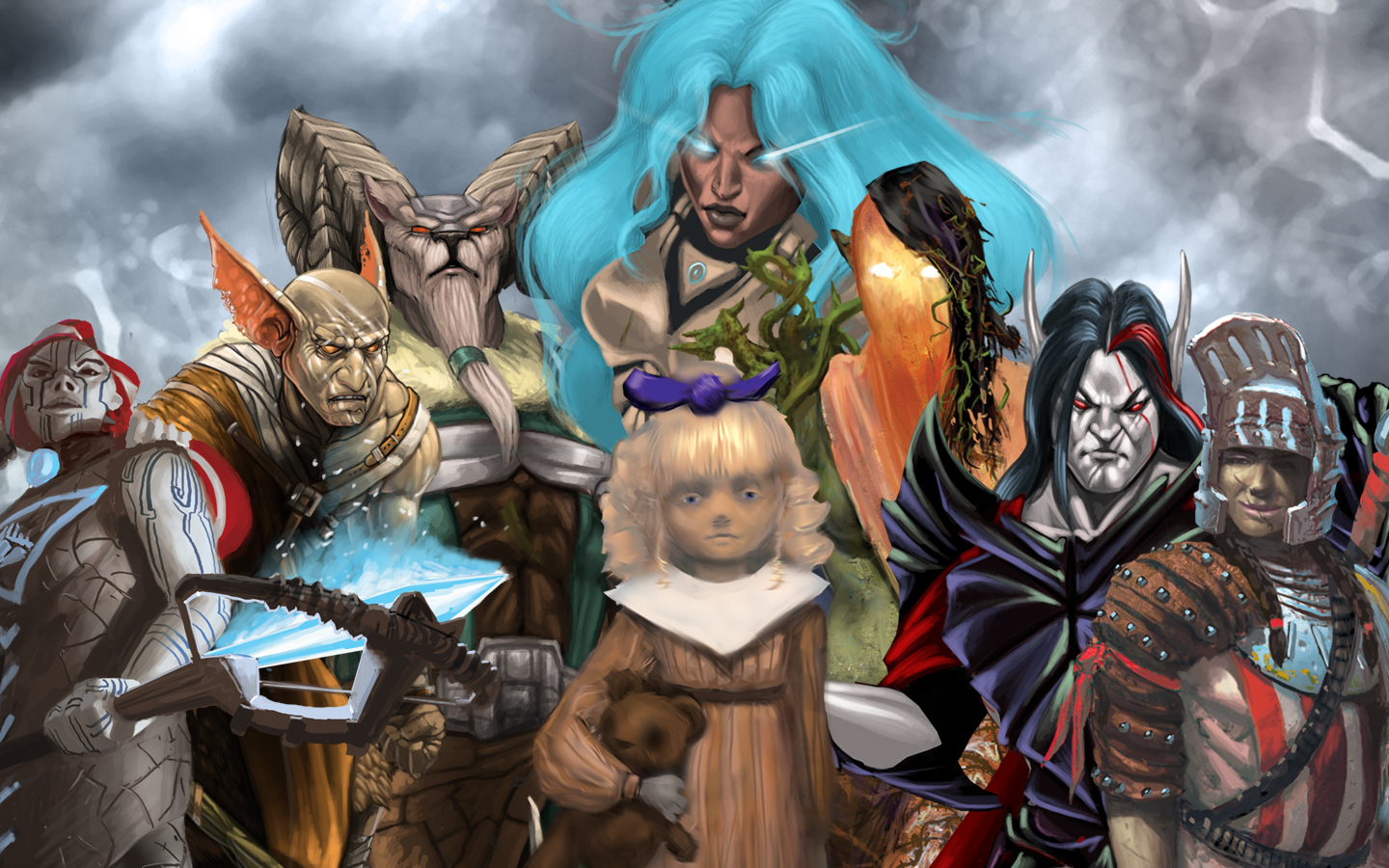 Finally, Summoner Wars news! Plaid Hat Games has announced the release of eight new Second Summoner decks. They will be unleashed upon the world at Origins Game Fair this June.

All aboard the Nostalgia Train. If you grew up in the early 80s you’ll be excited to hear that publisher Albino Dragon is releasing an adventure card game based on The Goonies.

“In The Goonies: Adventure Card Game, you play as a ragtag group of kids from the Goon Docks neighborhood of Astoria, Oregon. You must join together on a quest to find the treasure of legendary pirate One-Eyed Willy so that you can save your homes from demolition! You will need to keep your wits about you and use your unique skills to avoid One-Eyed Willy’s booby traps and also stay one step ahead of the Fratellis, a family of criminals intent on claiming the treasure for themselves.”

Expect this game to hit Kickstarter later this month.

“In Energy Empire, each player takes control of a nation vying for power in the second half of the 20th century. They build up their nation’s industry, commerce, and government by acquiring resources, building structures, and tapping new sources of energy.”

This game will be mechanically similar to the first game, but with less “Take That” elements, helping you to keep your friends (happy).

Indie Boards and Cards are crowdfunding Drifters, a hand-building game for 2-4 players, based in their Dystopian Universe (The Resistance, Coup). The game is already funded, with about two weeks still to go.

LOOK AT IT. THE CUTE. Based on French illustrator Claude Combacau’s comic, Catsass, Make a Mess Holy Cat Edition has players competing to create the largest mess in the house without getting caught. You know, like real cats.

The game supports 2-6 players, and has already been funded.

Next weekend local video game expo rAge is finally coming to Cape Town, and board gaming is presented in full with a whole hose of vendors and exhibitors. The Cardboard Quest crew will be there, having

Also, if you’re looking to help demo board games for Board Games South Africa, please send us an e-mail and we’ll put you in contact with the right people – you’ll have your entry covered, it’s a paying gig and there may be one or two extra goodies as a thanks for your time.

I recently visited my brother-in-law in Johannesburg, Steven from Cosplay Weirdos, where he showed me the wonders of 3-D printing (one day my wife will realise we need one ourselves). Since then I’ve started browsing for great board game accessories you can print yourself.

This week I found this amazing Codenames organiser, coming in at roughly half the size of the original box. And there’s even a slot for the timer. 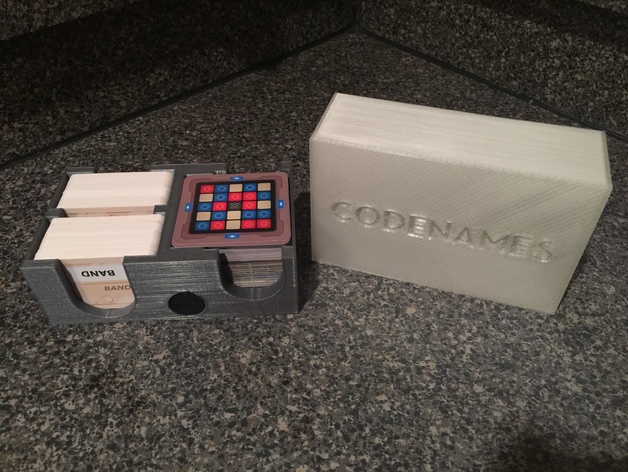 And that’s it for this week in news. Next week we’re on double review time, so come back to see which games we’re playing.