Much like rounds of your favourite board game, everything in our society has various phases. Some times we need to take a bit of a step away from the tables to take care of other elements of our lives with an upkeep phase that often involves paying bills and feeding ourselves. When it comes to our turn to take action we need to make choices and how we want our turn to affect the state of play on the board. Doing certain actions will yield money, certain actions may assist your fellow players and often we need to try focus on the future and weather the short term effects in order to win the long game. Truth is, in gaming as in much of life, you’ll often have to sacrifice certain areas in order to focus on the ones that benefit your strategy but specifically in cooperative games, where your actions can mean victory or defeat for everyone around the table, you might need to focus on what is best for the group instead of simply your own potential score. In many of our lives around the world dealing with social change, it’s important for you to contemplate your moves for the long term strategy.

What’s that? That phase is already over? Time to refresh the market phase to see what available in future rounds.

WizKids has renewed its deal for the Star Trek License, and with this has announced upcoming waves of Star Trek – Attack Wing, with options for unpainted minis for hobby gamers to paint up themselves. Series IV will include all the regular Star Trek favourites as well as the all new Andorian and Xindi factions. Heroclix will also have Kirk and Spock in the original away team hitting the shelves for gamers in Q4 and lastly the Mage Knight retheme; Star Trek Frontiers will be getting an expansion called “The Return of Khan” That adds a 5th player to the game and will have content in a similar size box to Mage Knight: Lost Legions. Trekkies Rejoice!

Renegade Games seem to be in our news almost weekly, and this week further details and a box cover of Sentient were released. In Sentient, players will place programmable robots in their factories in order to showcase efficiency and change the board state that will attract investors to their corporation.  I’m always a fan of cybernetics in theme and am yet to fall in love with games with programming mechanics. Perhaps this is the one… 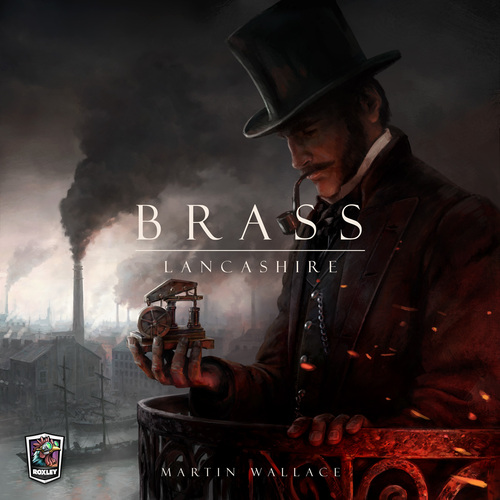 Roxley Games announced earlier in the year of the deal to bring back Martin Wallace’s classic, Brass, and further details have emerged with some really stunning looking box art. Brass: Lancashire will be the reworking of the original with new art, components and some slight tweaks to the mechanics, mostly in reworking elements to accommodate better two and three player variants of the original masterpiece. Brass: Birmingham adds new actions and industry sectors to the original game mechanics and is thematically Brimingham with beer being an integral part of greasing the wheels and inner workings of the Midlands economy. You cant make this stuff up and we can all look forward to the genius of Martin Wallace returning with a Kickstarter on the 17th of April.

Firstly, I’d love to make sure everyone is aware of the Kickstarter campaign of fellow content creators The Secret Cabal. Jamie and his group of misfits have been a massive influence on drawing me into the hobby and after 5 years of toil they truly deserve a chance to take it up to the next level. By the time this article goes live, I’m sure Steve’s jokes have earned the funds needed to get Jamie full time, but regardless of stretch goals these guys have given a great service to board gamers around the world so if you’ve enjoyed any of their content over the years and have some bucks to spare, its a worthy cause. If you don’t know these great guys, check out their podcasts for 3 hours of great listening.

If you missed the 1st opportunity to order 21 lbs. of game, Gloomhaven by Isaac Childres is now up on Kickstarter for its second print run. A legacy style dungeon crawler, Gloomhaven offers drop in and out adventuring for would be adventurers and is currently ranked 12th on Board Game Geek. This second run will carry the improved components and massive props must be given to Cephalofair games for keeping shipping reasonable for everyone around the world to own a copy! 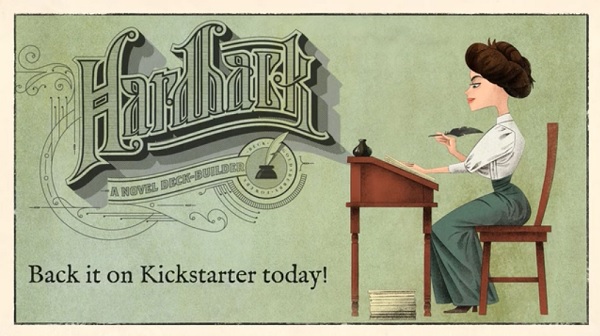 If you enjoyed Paperback from Tim Fowers as much as I did, then get in on the pre-quill titled Hardback. For 2-4 players and in a game time of around 45 mins, you’ll be living the life of Penelope Quill looking to become an established author in the 19th century. Play words to gain prestige and coin, using coin to buy better letters and hone your skill sin Mystery, horror and romance writing. With great production value and beautiful art its no surprise that this amazing sounding word game has already gone way past its funding mark. 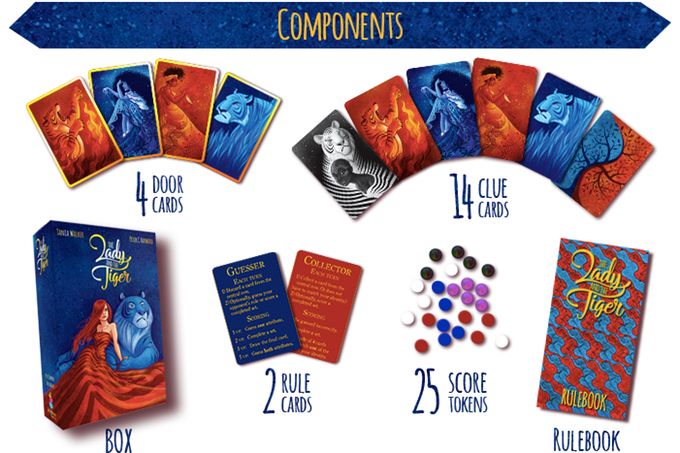 Lastly the Lady and the Tiger is a quick 15 minute game, which is actually 3 different games contained in a single deck. With 3 different designers, each for the solo, 2 player and 2-6 player variants of the game the Lady and the Tiger uses the theme of the popular narrative and uses bluffing mechanics to players to outwit each other for victory. the game features fantastical art that hearkens back to my childhood of Disney movies with an elegant cartoon style and you can grab the print and play to test the mechanics from their Kickstarter page. $16 gets it shipped to South Africa, which is less than a night at the movies.

Onirim finally has a digital implementation that solo gamers have been looking for. As a dream walker you’ll need to escape the nightmares by unlocking all the doors in the dream world. Voted as the best solo game by Board Game Geek, and for literally $1 on both iOS and Android, we’ve already seen some great positive reviews for it on the web and after seeing plenty of the cardboard format can recommend it to lovers of solo gaming.

That’s all for this week gamers and while we continue to work on the new site, we’ll have a preview coming soon for the new Rank and File Miniatures game, Runewars! Good gaming all.