We’re a month away from Christmas, a time that often calls for a modicum of self-reflection. Did I make good purchasing decisions? Have I played too much Codenames? Should I give up all pretense that I have even the smallest ounce of self-control?

But alas, we cannot begin to mull over resolutions just yet because the industry is rushing to cram those last Kickstarter campaigns and new game announcements in before Boney M signals the descent of a madness more terrifying than anything Cthulhu can muster. What’s that you say? They’ve started the Boney M already? God helps us all. 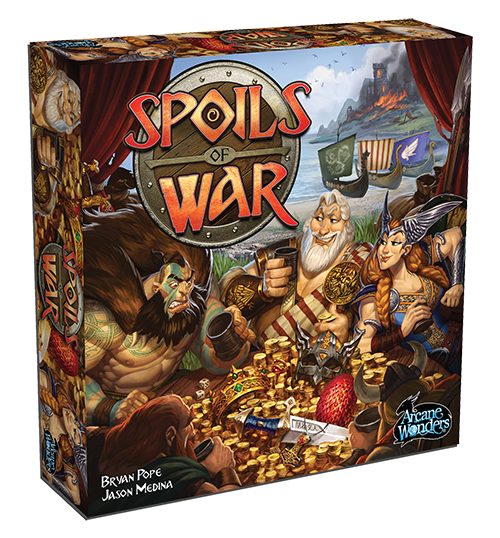 Spoils of War is not just a better name for the Silly Season, it also happens to be the latest Arcane Wonders announcement for a game co-designed by Bryan Pope of Mage Wars fame. A variation of Liar’s Dice, this viking-themed game of bluffing and wagering will be out in April next year. Pope promises high levels of social interaction, and if Arcane Wonders’ Sheriff of Nottingham is anything to go by, this should deliver in spades.

If you prefer tackling puzzles of logic over the social variety, Asmodee have got your back. Or your temporal lobe, more like. Braintopia certainly doesn’t forsake the player interaction, as it’s a race game, but you’ll be relying on your powers of observation and quick reflexes rather than bluffing. It’s basically Snap on steroids, with an element of tactile recognition thrown in for fun.

Munchkin X-Men. Look it up yourself. 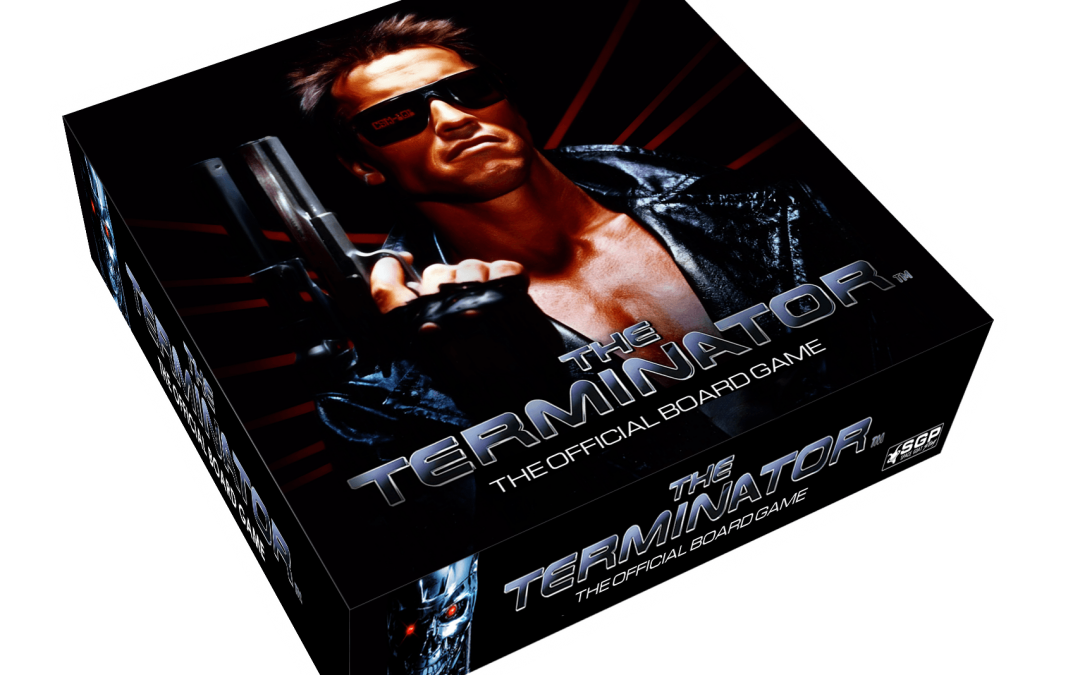 The team behind the upcoming Evil Dead 2 game have announced their intention to kickstart The Terminator: The Official Board Game next year. Here’s the real kicker though – they’ve brought one of the screenwriters for the first two movies on board to serve as a story consultant. Even better, the game is played over two boards, one in 1984 and one in 2029. Let’s hope for some genuinely interesting time-travel mechanics affecting play on both boards.

If you’re a Stefan Feld fan, 2017 is shaping up to be a very good year indeed, with both Notre Dame and In the Year of the Dragon getting new editions. At BGGCON, indications point to both games getting 10th Anniversary releases with expansions included. We’ve not played either, but judging by the eagerness the announcement was greeted with, next year may well be the time to fix this oversight.

Fantasy Flight Games’ watchword for 2016 seems to be Narrative. We recently review Arkham Horror The Card Game, with its heavy reliance on narrative, and it’s a word they’ve used in much of the marketing speak for Destiny. And now Netrunner is the beneficiary of this focused approach with the announcement of Terminal Directive. Billed as a narrative campaign, this new venture is a murder mystery in which both you and your opponent will be investigating clues and following the trail of a serial killer. From what we can gather, playing Runner or playing Corp will offer very different narrative experiences, almost as if both are trying to frame events in a truth that suits their own agendas. Which sounds potentially amazing. 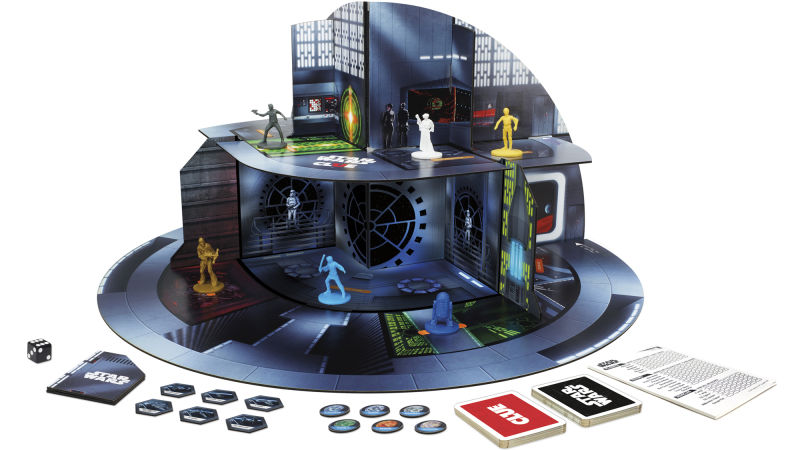 And lastly, forcing me to reconsider my solemn vow to never play Clue again, Hasbro have slapped on a Star Wars theme and a 3D Death Star, and dammit but now I’m super curious. Clue: Star Wars Edition in fairness isn’t just a retheme – there’s isn’t a Colonel Mustard with a Candlestick in sight. Rather, you’ll all be attempting to escape the Death Star with a copy of the blueprints. 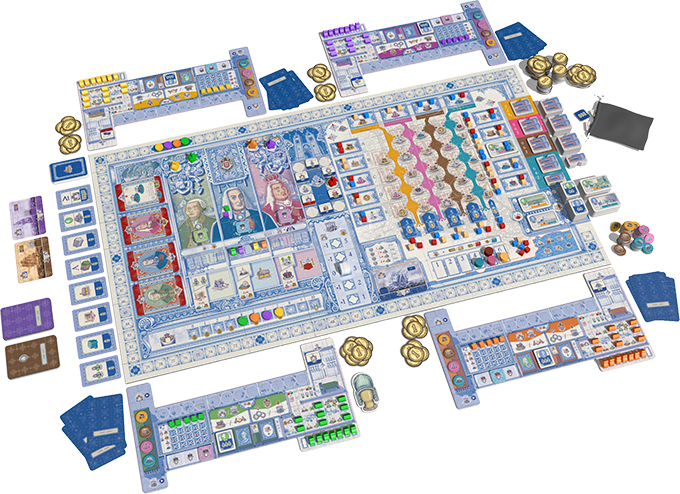 Vital Lacerda. What, you want me to elaborate? Kanban, The Gallerist, Vinhos. There. Still not enough? FINE. The game is Lisboa, concerning rebuilding the great Portuguese city after a series of catastrophes in 1755. The point is, it’s not normally the theme of Lacera games that gets you, it’s how he elevates that theme to nigh mythic proportions. The point is, if you’re interested in experiencing Euro design at its peak, you’d be doing yourself a disservice in not checking this one out. 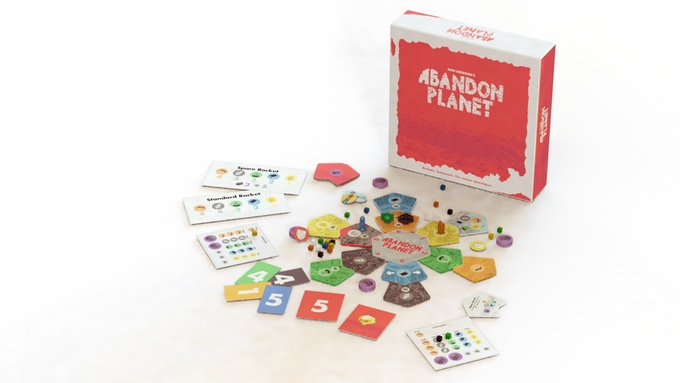 The Resistance and Avalon are board game staples, so anything the creators of those titles touch is bound to be interesting. In this case, it’s Abandon Planet. Don Eskridge still has the focus on betrayal and easily broken alliances, only this time it’s under the threat of a meteor-driven apocalypse. Piloting rockets, picking up resources for the remaining chunks of the earth, stealing – Abandon Planet seems to have a little more meat on its bones, which is great. I am surprised to see the game is not fully funded as yet, but there are still 21 days to go. 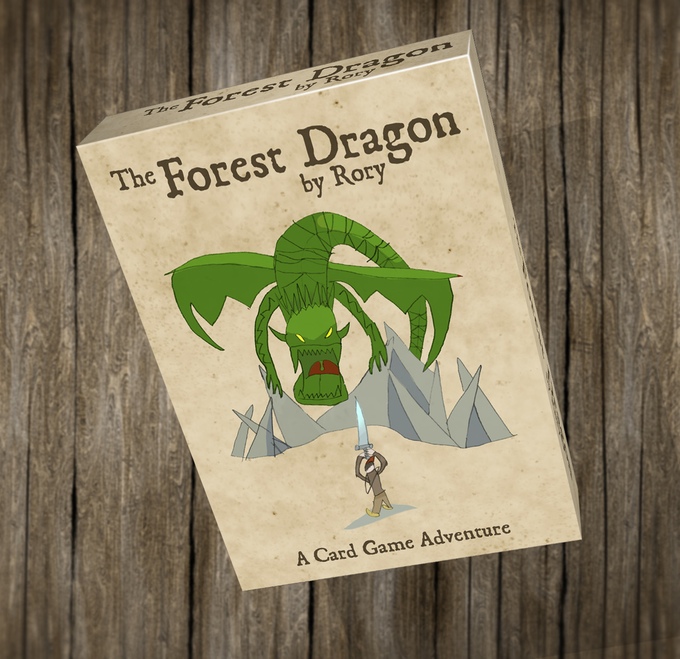 One never knows where the next Chvatil or Rosenburg might come from, so it’s important to encourage fledgling designers from every age. Even young Rory, who at age 9 and with the help of his brother Ben has already seen his first campaign pass the funding mark. The Forest Dragon is simple little card game with charming artwork and a push-your-luck foundation, and sure it helps that Rory’s dad is the creative director for a games company, but this is very much Rory’s dragon baby, and what a grand way of both encouraging your kids to get into game design, but also expose them to the gracious and appreciative boardgaming community. 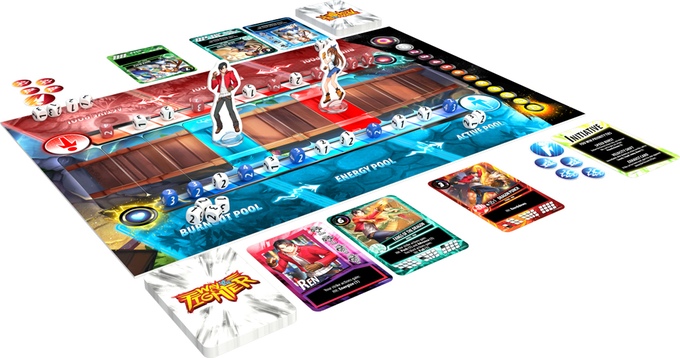 Headed into its last week on KS, Soda Pop Miniatures Way of the Fighter wears its Street Fighter/arcade fighter influences proudly. Featuring two versions of the game, both with five different fighters, a unique board and tons of additional dice and action cards – we’ve enjoyed the heck out of the recent WWW Superstar Showdown, throw in dice and additional layers of complexity and this could be great fun. They’re so close to hitting their funding target! 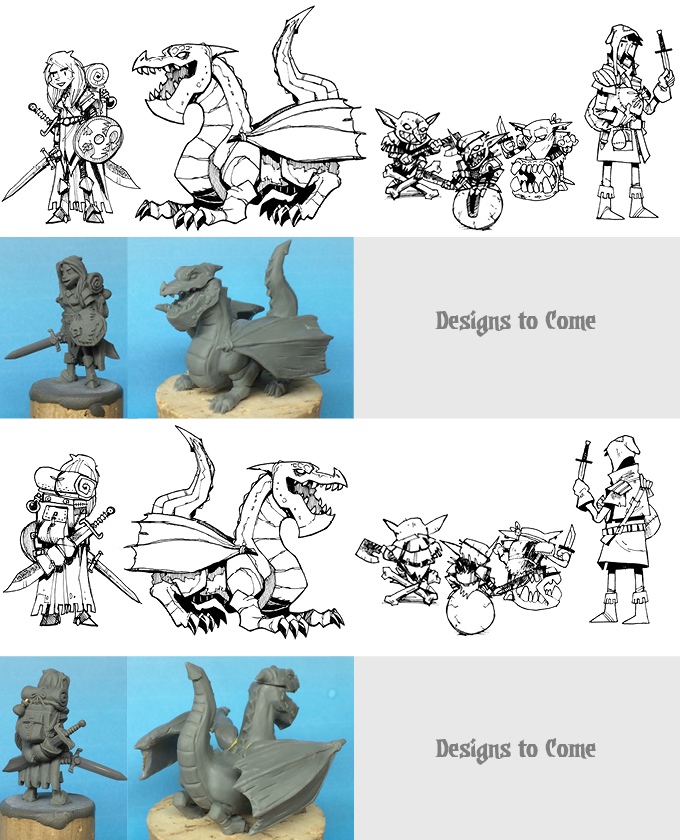 Vast: The Crystal Caverns has very much been on our radar, although to our great dismay we haven’t managed to play one of few copies floating around locally. It is by its nature a difficult game to bring to the table at your weekly game night, the massively asymmetrical nature of the game requires a fair amount of rules reading and prep beforehand, which means it isn’t the most approachable game around. But that hasn’t stopped it from proving very popular, which goes a long way to hinting at its potential. So much so, that Leder Games is running a campaign for a second printing of the game, with miniatures!

After a highly successful Star Wars Destiny prelaunch, boosters are like hen’s teeth at the moment. But the good news is there’s only a few days left until the official launch, and loads of new stock will be available. We put our initial impressions to digital paper last week, but it’s still very early days.

If you’re in Cape Town this weekend, the inaugural d20CON is the place to be! Spearheaded by Quantum Gaming and Pandemonium Games, Saturday is dedicated to all things tabletop. R20 entrance free, luck draws, random giveaways and best of all, you may bump into the far better looking part of CBQ as Stuart will be there too.

Upcountry, Timeless will run their last board game party of the year on December 3rd. Over 300 demos to choose from although be warned, we hear Richard laces the boxes with a potent narcotic that makes you hallucinate having both more shelf space and more money than you actually do.

Snowblind: Race for the Pole is out! From the same South African team that brought us Ancient Terrible Things, keep an eye out for this title in your FLGS and give it a demo. Let’s hope 2017 has even greater things in store for more locally produced content!

Tomorrow, Stuart will crack his Indy whip at Archaeology: The New Expedition and we’ve got some great reviews in the pipeline. Good gaming all!