Behind closed doors, did you know that there are secretive phone calls happening all over the world in an attempt to bring more games to your local stores and entice you to buy them, thereby capturing all of your funds! As documents leak of hidden release dates of Arkham Horror: The Living Card Game and the conspiracy to keep it out of players hands over Halloween as well as the nefarious use of push powers to get you all to pre-order Star Wars: Destiny, it’s very difficult to not open your wallet and realise that resistance is futile. The shadowy figures lurking in workshops around the world will continue to create bottomless pits for your hard earned cash to flow into while your children and significant other weep to see finances fade in the joy of cards and meeples.

While Halloween is over, it’s still a frightening time for the Holiday budget as gamers will need to prepare for the onslaught of “best of the 2016” lists as well as the Essen releases to come through the post and arrive in the local shop windows. As expected, there is a wealth of Kickstarter news, and a couple of other announcements for gamers to pay attention to.

After an inside scoop from Heavy Cardboard Podcast with a possible slip of the tongue, Splotter Spellen have hinted Antiquity is very likely to get a reprint next year and gamers are already starting to get more excited than they should be:

Antiquity is a heavy euro set in the Medieval period filled with famine and pollution as you attempt to build your civilization to fulfill one of the end game conditions before your opponents. It’s many a Euro fans grail game and has been lately selling in around the couple of hundred dollar marks for a copy. With Splotter games becoming more and more popular and being more readily received, it sounds like perfect timing for a reprint. 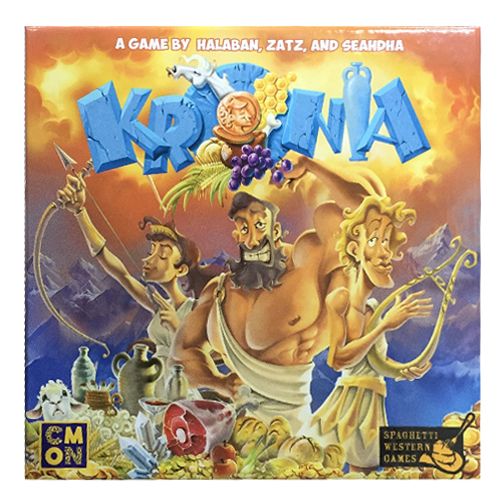 Late last week, Cool Mini or Not Games announced two new titles for 2017 with Gekido and Kronia, Gekido will have you chucking dice in what seems to be a poker dice mechanic, with players attempting to match symbols in a Robot dueling game. Should you get the combinations of your robots abilities you’ll be able to inflict impressive damage on opponents, however failing may cause a short circuit that will cause you to lose life points. It’s a light dice tossing game of mechanical beings fighting to the death to be the robot champion, surely the 12 year old in all of us is slightly interested? Kronia is a simultaneous card selection game which has players playing face down card offerings to the gods to earn favour. Players with the better offerings will get more favour, however if two players come to the altar with the same offering, they may incur the gods’ wrath. The art seems playful and it’s aiming to target the beer and pretzels or the diaper and donuts crew.

Whether you’re somewhere in the US dreading the upcoming elections or in South Africa here with us lamenting our current leadership, Overworld Games has partnered with Stonemeier Games to bring you Leaders of Euphoria: Choose a Better Oppressor. Based on the Good Cop, Bad Cop system but also removing player elimination, gamers will need their wits to sniff our whether your opposition is holding more Rebellion leaders or are backing the oppressive regime of Euphoria. Identify your enemies and take them out with over-sized Ray Beams, seriously they get even bigger with a stretch goal(ed: those layers are huuuuuge, folks, I’m telling you). Choose wisely or you’ll create a third party to the fray who can win by eliminating either the regime or the rebellion. Expect an amazingly run campaign and possibly a sleeper hit in a tongue in cheek universe. 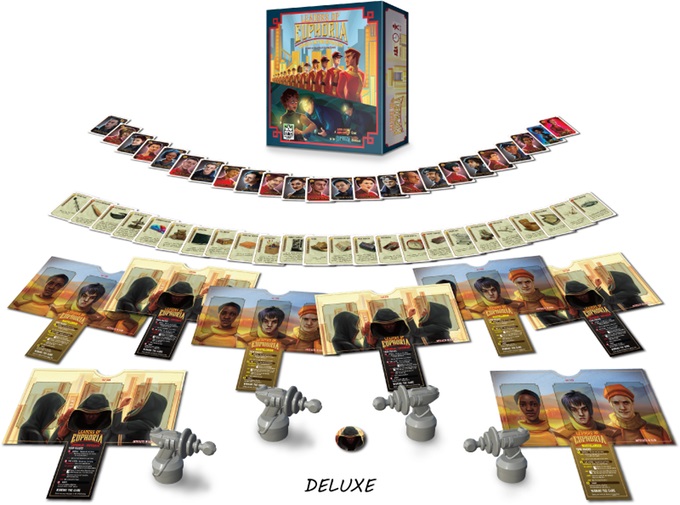 In a phrase I never thought I’d type, I’m excited for the Tiny Epic Quest Game. It’s not simply the ITEMeeples (seriously you can equip things onto meeples, the 12 yr old in me can’t contain himself) but a totally different look to any of the other titles. I think the formation mechanic to unlock quests looks interesting, the sprawling land tiles and the colourful artwork all at a stellar price point means that this may be the first tiny epic box on my shelf. Press your luck, action selection and modular boards mean that this might be the quest game to surprise us all.

Gil Hova (of The Networks) has launched a word game looking for funding that offers a chance for those with a sharper tongue than strategic mind to get the glory on game night. In Wordsy, players will be aiming to create words using letters in the various scoring columns, but with no restrictions on the number or choice of other letters that are in your words. Player turns are simultaneous with the first player to write down their chosen word flipping a timer signalling the remaining 30 seconds for other players to decide on their word before scoring. Player with the highest score gets a bonus with ties going to the player who wrote down their word first. It’s a simple system, but I’ve found recently that those often make for the better games and this could definitely be a great one for the family. 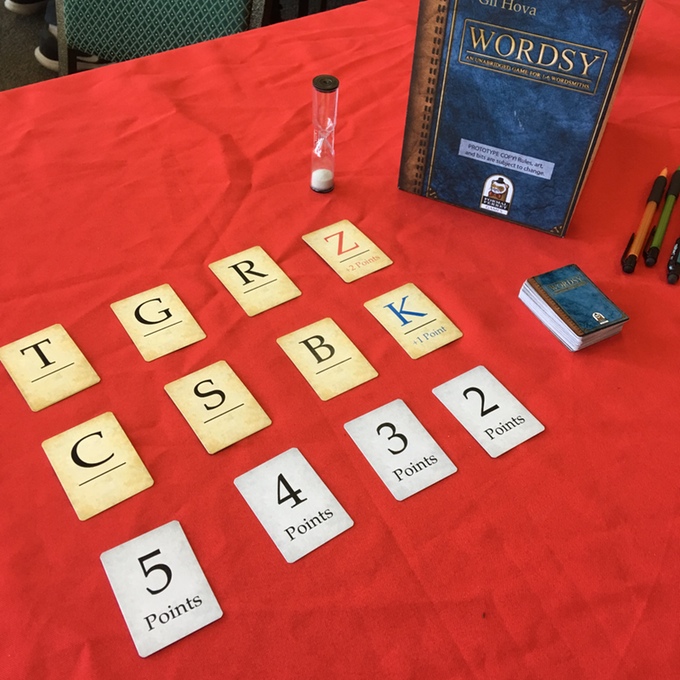 What would Kickstarter news be without miniatures, and there are two monoliths battling out for your wallet this week. Mythic Battles: Pantheon (actually being produced by Monolith for bonus points) is a game of battling gods and glory. Players will chose a God, a Hero and a Monster to control in battles to restore their energy and create a pantheon in their image. With double sided battleground boards, tons of mythical miniatures depicting Greek heroes, Gods and the Big bag monsters there is no doubt that gamers will love the draw of over 60 minis’ engraved dice, bags and beautiful art in one of the best settings for this type of gaming in my opinion. I’d be a fool to ignore the new Shadows of Brimstone Game: Forbidden Fortress with its gorgeous setting of Feudal Japanese horror. Using the already popular system and already coupled with expansions, fans will have already be resigned to the $300 price point and already planning to take a 3 week holiday to paint these amazing miniatures. Its a robust system that is already hearing good buzz from those who have locally taken the plunge with the original sets so their is no doubt of a quality product. 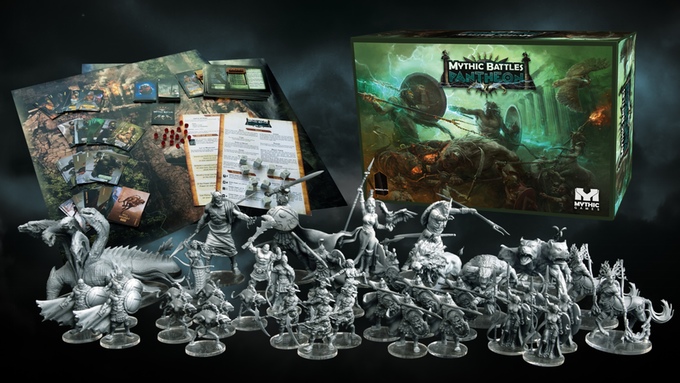 For Gauteng gamers, Timeless Board Games is holding its 2nd Anniversary Birthday Bash. Massive congratulations to Richard for starting a trend of events in South Africa that are massively successful and spread the joy of board gaming. If you live in the area and haven’t attended one of Richard’s events you’re definitely missing out. Cape Town gamers can enjoy a noon to midnight gaming session on Saturday at the Big Box Cafe in Cape Town. Enjoy some crepes, coffee and Euro games in the mother city, as well as possibly sampling some of the newest games from Essen! Lastly if you need a Hero-clix Fix, the Unseen Shoppe in Durban has a got some games going down on Sunday so feel free to create your own civil war at their tables.

That’s it from me and the news, we’ll have some Hero Realms opinions for you guys tomorrow while I keep waiting for Arkham Horror: The Living Card Game. I’m also getting a lot of sand out of my Archaeology: The New Expeditions box so you can expect some words on that soon.