The army is in town. Not because Martial Law has been declared, but rather because when you’re a fairly unpopular head of state preparing to inform the nation as to what state it’s in, this tends to be your standard response to dissent. Which has me wondering, what sort of state of the nation address would the King of Boardgameland give? If the variety on offer in this week’s news is anything to go by, I’m pretty sure the term thriving would appear often. Let’s get to it then!

One of last year’s success stories is a little game from Arcane Wonders called Onitama. We’ll claim just a little bit of pride on this one, having called pretty early on that it was going to prove very popular. And popular games need expansions, so of course Sensei’s Path has been announced for release in May. But it’s just 16 cards, I hear you lament. Well, given what the base game achieved, 16 cards should comfortably give you many extra hours of fresh gameplay. 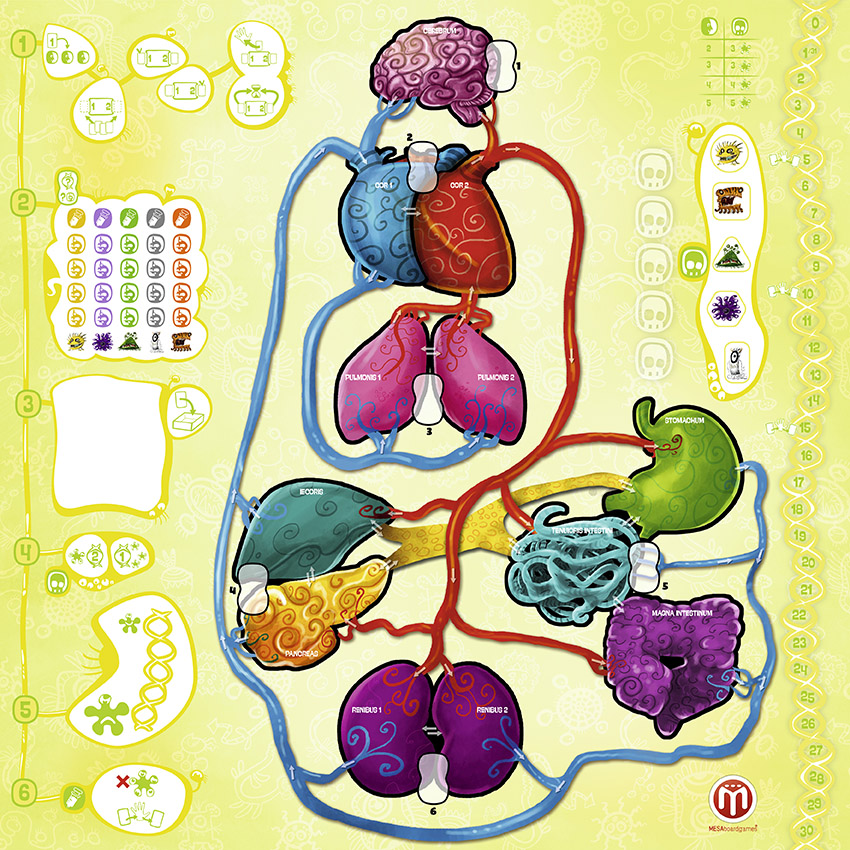 Keeping with Arcane Wonders, they’ve partnered with MESAboardgames to translate VIRAL to an English speaking audience. VIRAL will enter the fold of AW’s Dice Tower Essentials range, and it’s 2-5 player area-control game about competing to infect a host body. You’ll be able to mutate using mutation cards which changes the way your virus behaves and in turn how your strategy plays out. There have been other projects that take a similar approach in terms of theme, so let’s hope VIRUS’ gameplay sets it apart. 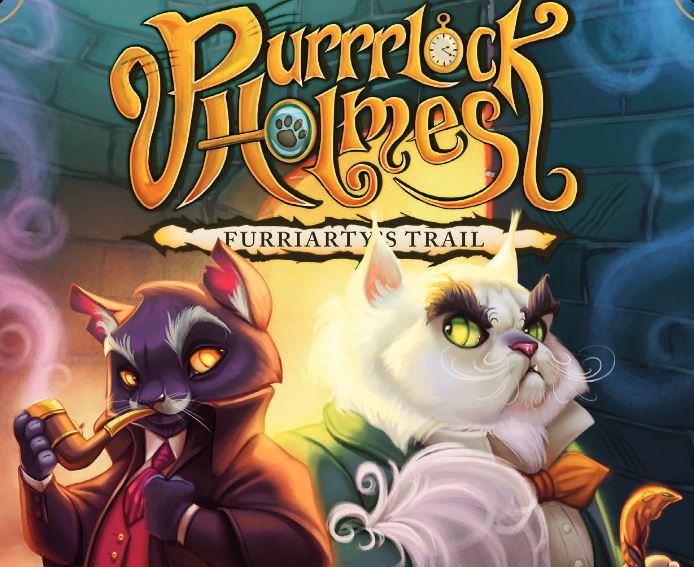 While viruses may not be all that new to the boardgaming world, I’m fairly certain we haven’t encountered a Sherlock Holmes game only with cats for characters. The wonderfully named Purrrlock Holmes: Furriarty’s Trail will come out in August of 2017 and plays between 2-5. Details are sparse, other than it’s a card game with a deck of 60 cards and that you’ll be competing inspectors attempting to catch Furriarty in the act, and the artwork by Jaqui Davis will certainly elevate the game’s profile – that box art is gorgeous. 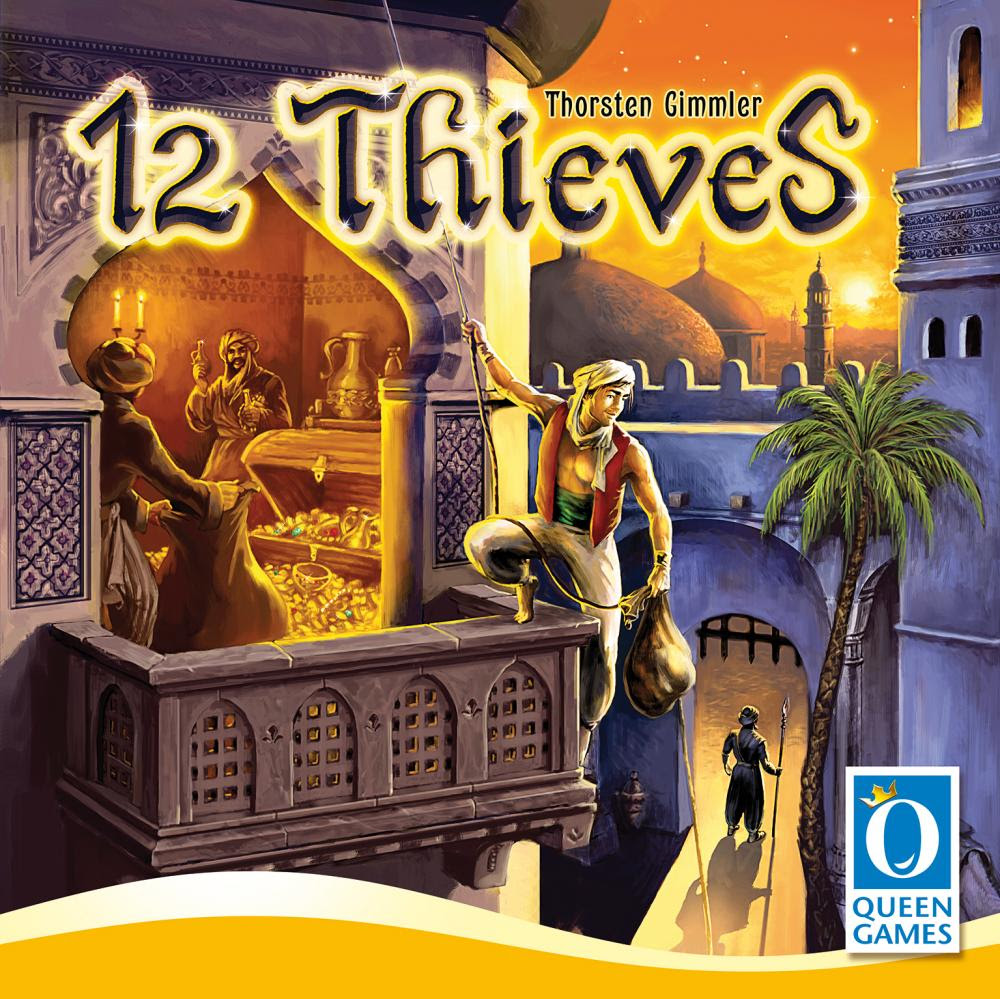 For some shameful reason, I don’t own any Queen games. Which given the consistently excellent quality of their lineup, is quite tragic. And as if to hammer the point home, Queen has quite the lineup for 2017. Kingdom Builder is getting a Harvest expansion with new landscapes, places and goals as well as introducing a scout mechanic. An older title called Metro is getting a reprint, where you can expect a tile-laying experience similar to Tsuro but with a new design and all four expansions included. If you’re a fan of the abstract genre, Queen also have you covered with Tip Tap, a quick playing game about identifying specific shapes and preventing opponents from stealing them. If you’re Queen Games and you have Stefan Feld in your catalogue, what do you do? Reprint of course! The games in question? Roma. 12 Thieves, Solaris, Captain Silver, Templar’s Journey, High Tide, Worm Party. Phew, no resting on their laurels over there! 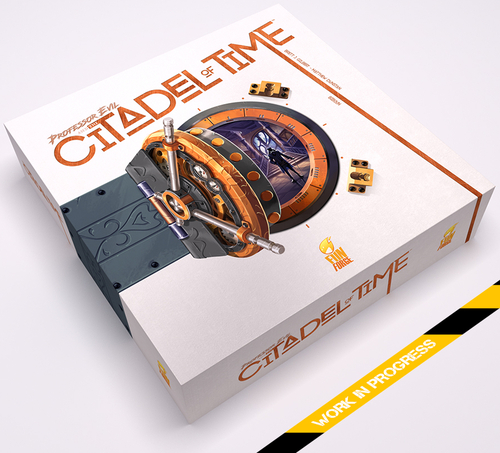 The trickle of new Time Stories expansions is a bugbear at the CBQ offices, but Passport Games might help the withdrawl as they partner with Funforge for the quaintly titled Professor Evil and the Citadel of Time. It’s a co-op for 2-4 players, and you’ll be journeying through Professor Evil’s castle to rescue priceless artifacts while avoiding dastardly traps and figuring out clever puzzles. 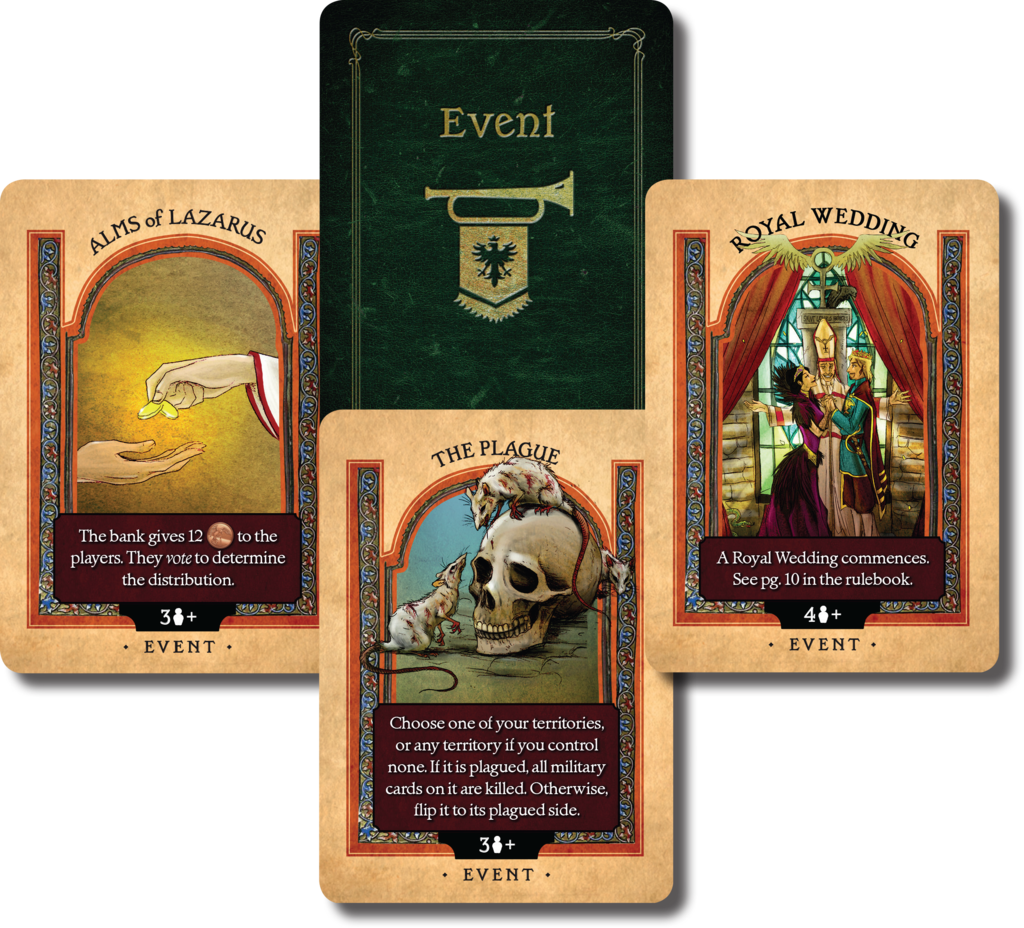 AEG has announced another expansion for Smash Up. I’ve lost count of how many are available and I stopped collecting them a while ago, but if anime girls, Power Rangers and Gojira rustle your jimmies, than mark down Big in Japan coming later this year. And that’s aside from the digital version and What Were We Thinking, which comes next month. I’m keen though on AEG’s other release hitting around September, Cutthroat Kingdoms. In what sounds like a card-based version of the amazing Crusader Kings II PC game, this grim fantasy-themed game for 3-6 players focuses on political machinations and political marriage alliances, with a healthy dose of assassinations and bloody conflicts. 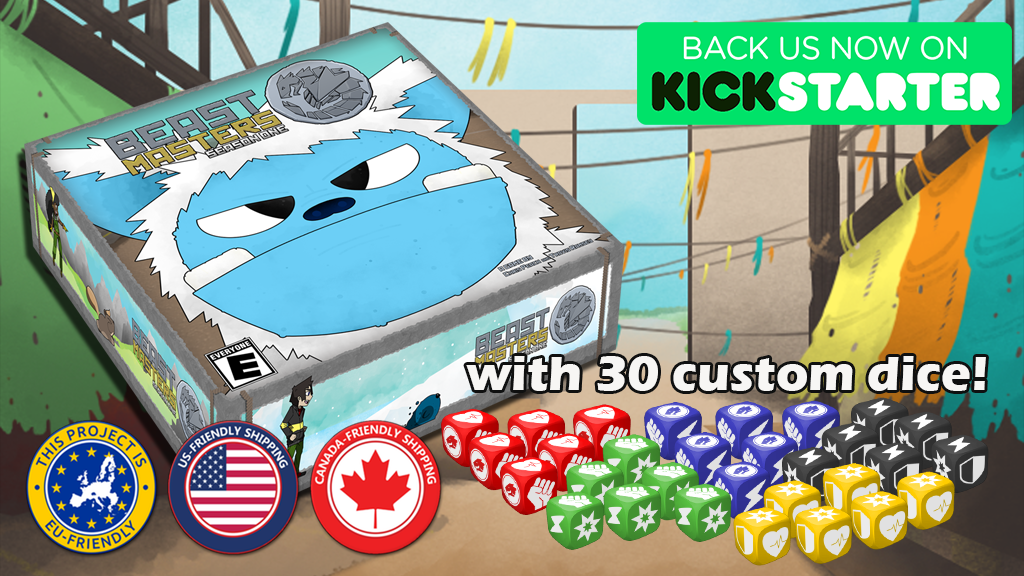 In Kickstarter news, the impressively named Kid Loves Tiger Games has 20 days left on its Beast Masters: The Dice Placement Game. Take on the role of a young Beast Trainer, who I imagine wants to be the very best like no one ever was. The art style and design is a little hit and miss for my tastes, but I like how they’ve conceptualised their intent – the board has a training region, a store front area and alongside the 30 customisable dice included, there are also variable player powers, threat cards, ambition cards and a host of beast technique cards. And their goal is a paltry $4760. Big things often have small beginnings… 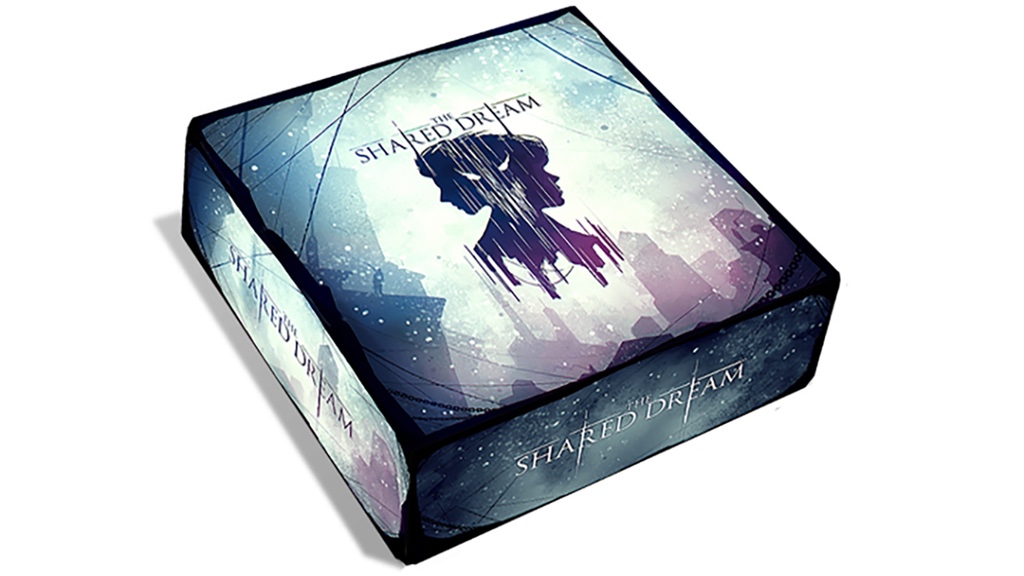 The Shared Dream has a Killer Clown nemesis miniature. Now, depending on the intensity of your coulrophobia, you may or may not want to read more about ODAM Publishing’s cooperative story-telling game. There are definitely some interesting concepts here, such as a Personal Reflection deck that personalises each players individual story within this Shared Dream they experience, and the Conviction resource which gives them temporary advantages at the risk of increasing the Nightmare track, not unlike similar mechanics in the recent The Others: 7 Sins boardgame. If you’re keen on a tabletop cooperative RPG with a focus more on narrative than combat, check it out!

Fancy something tastier? How about Truck Off, where 2-6 players will face off to be crowned the best damn food truck in the nation. Scope out those sweet locations and engage in some ‘friendly’ competition with your rivals. It’s action selection with a touch of dice randomness thrown in, and it’s $20 for the game and all stretch rewards. 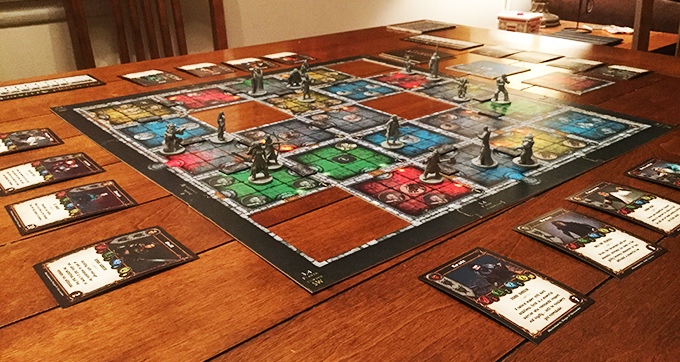 This week’s injection of Kickstarter fantasy comes courtesy of Dungeon Alliance – part miniatures dungeon crawl, part deck builder. Draft your team of four heroes, build your deck for tactical movement and monster slaying, and if you happen to stumble across one of your opponents heroes…well no one said treasure hunting wasn’t a dangerous game. The base game comes with 17 heroes, with backers all receiving an additional 4 heroes. There’s even a backing level for a full set of painted minis.

Eric Lang recently tweeted that he’s working on a Bloodborne expansion with Flash Forward Games and hoping for a Q4 release. No further info, but this is one that certainly could do with an injection of new content.

And that’s about it for the news this week. If you’re keen on joining some local events this weekend you can revel in a little patriotism is South Africa takes on France in an International Boardgames Tournament happening at the Big Box Cafe in Cape Town. If Star Wars is more your thing, Quantum gaming are hosting an X Wing Tournament on Saturday. Up North, Timeless Board Games is hosting their first game day of the month on Saturday, and they’ll also be running a Star Wars Destiny tournament concurrently.