It’s been a hectic week for the CBQ support office – if time is the red dot of a laser pointer, we’ve been the cat locked in an eternal dance, watching our best laid plans dart away, powerless to catch them. Fortunately our fearless leader Stuart returns this weekend, so we’re back in action with a bumper week of content! A guest review, a 51st State review, coverage of Essen and a whole lot more.

But until then, here’s what’s gone down while you’ve been waiting for that Red Dead Redemption 2 trailer to drop!

We’re always up for a game of Gloom (shout out to our resident Gloom mastermind Duncan), but even with the numerous expansions the game has seen released, I’ll be the first to admit I’d never imagined the game would take off that far. No, I mean literally take off, as in into space. Yes, coming in January 2017 – Gloom in Space. Because in space, no one can hear you scream. 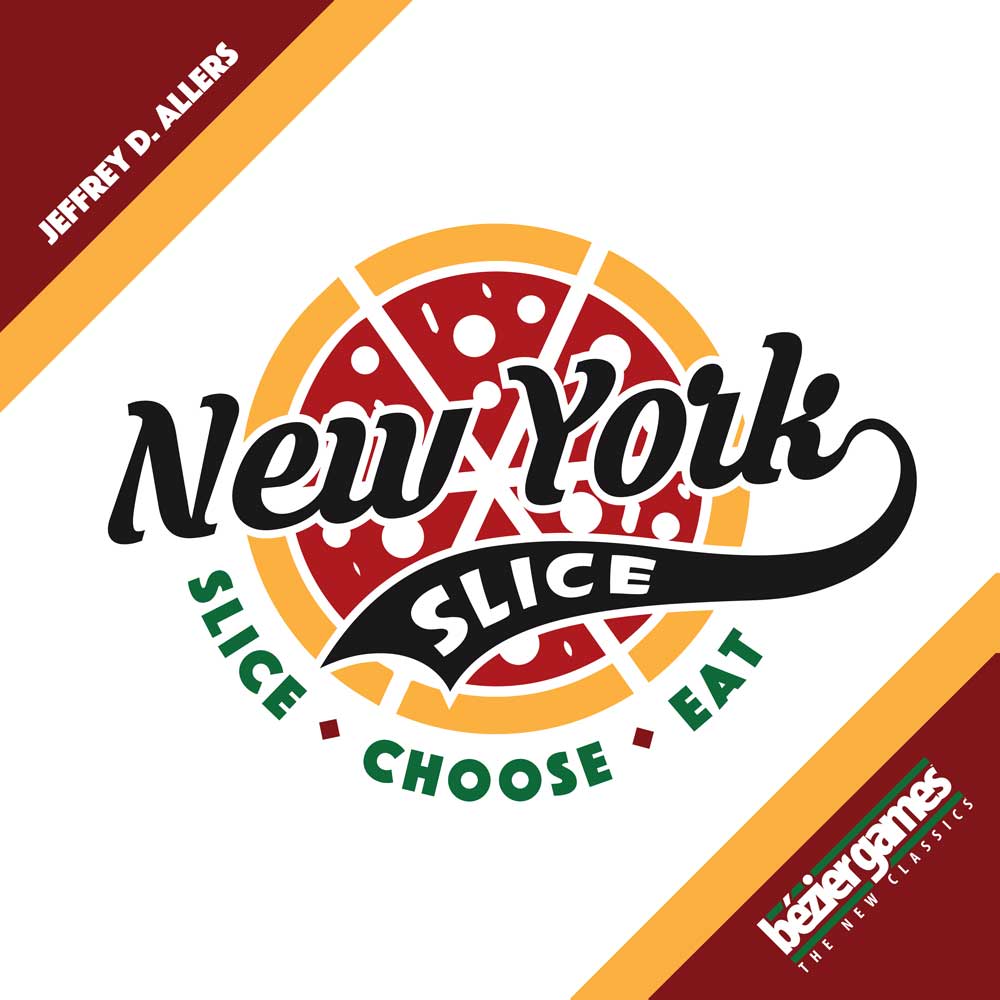 Announced at Essen also for release in January, a revised version of Piece o’ Cake called New York Slice. Because what goes better with cake than pizza? Nothing, that’s what. It’s a set collection game which provides a host of different ways to grab the perfect slice such as callings dibs or ordering ‘off the menu’, and slices with anchovies are worth negative points. Because anchovies. 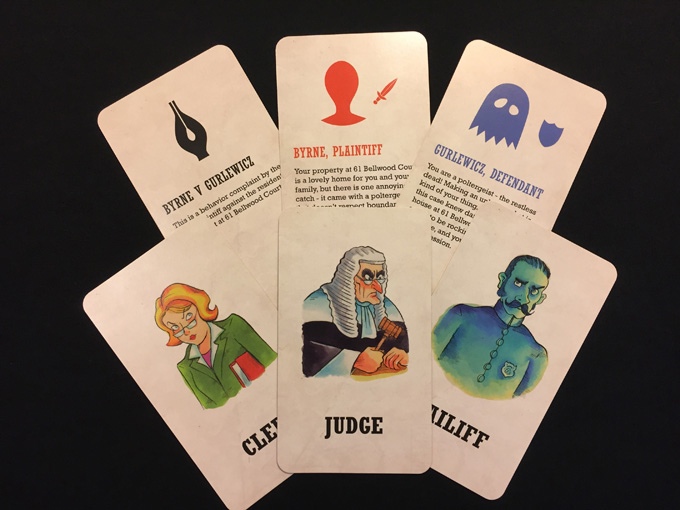 We’re closing in on Halloween, a time for indulgence in both candy and scary ghost stories. But has anyone ever stopped to consider what it must be like to not only be incorporeal of form, but incorporeal of legal rights? I mean, are the dead not entitled to take up residence in an abandoned manor without some misguided group of teenagers loitering? For the folks at Bully Pulpit Games however, these are the tough questions they’ve been pondering for quite some time, and now they have the answer. Ghost Court! Described as a ‘live-action party game’, players will portray judges, witnesses, plaintiffs and defendants, all arguing over petty disputes and hoping that justice will favour them. $25 nets you the standard version of the game, complete with 64 cards and rulebook, $50 throws in a wooden gavel. 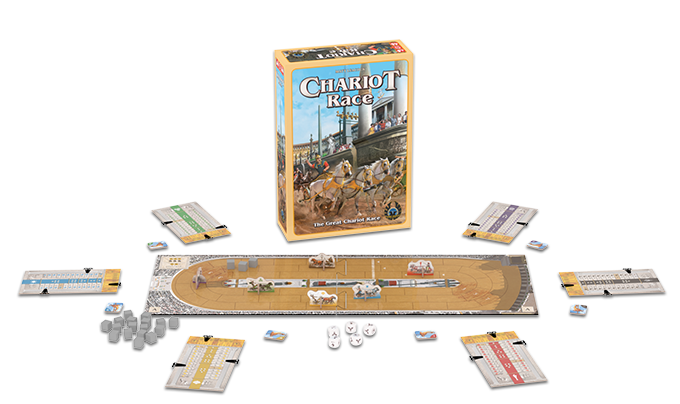 Gryphon & Eagle Games and Matt Leacock make for a pretty formidable combination, so I’m rather surprised that their collaboration on Chariot Race is still shy of its pledge target. It’s only at the halfway mark though, so no doubt it will make that target soon. This light strategy game for 2 – 6 players transports eager racers back to the age of the great Roman chariots. So if you reckon Camel Up is lacking on the combat side, this may be one to check out!

Yes, there’s a new campaign from the creators of Exploding Kittens. No, I’m not linking to it. And that’s all I have to say about that.

If you’re a connoisseur of the Fantasy genre, you’ve probably come across author Brian McClellan’s excellent Powder Mage series. And if you’ve read of the series installments, you’ve no doubt thought on more than one occasion, this would make for a rather epic RPG setting. Well, you’re not alone. And now you too can wield muskets and sorcery using the acclaimed Savage Worlds system in the Powder Mage Roleplaying Game.

Keeping with the tabletop RPG theme, but swapping gunpowder for a magnifying glass, Magpie Games has already hit their goal with only an entire month left to go. The game is Bluebeard’s Bride, and the concept is absolutely an intriguing one as players will assume the role of various aspects of the Bride’s psyche, investigating Bluebeard’s home and uncovering nightmarish truth. The graphic design and artwork is gorgeous, but moreover the storytelling promises to be far stronger than your traditional dwarves and elves based narratives.

A tile-laying game about…Einstein? Why not? Einstein: His Amazing Life and Incomparable Science from Artana LLC lets 2 – 4 players all take on stages of Einstein’s life such as Globetrotting or Wise, and on their turn place Idea tiles to a central Big Idea shape that evolves over the course of the game. The game is also packed with details about his life and theories and they’ve even teamed up with the Broken Token team to offer a custom birch wood organizer. 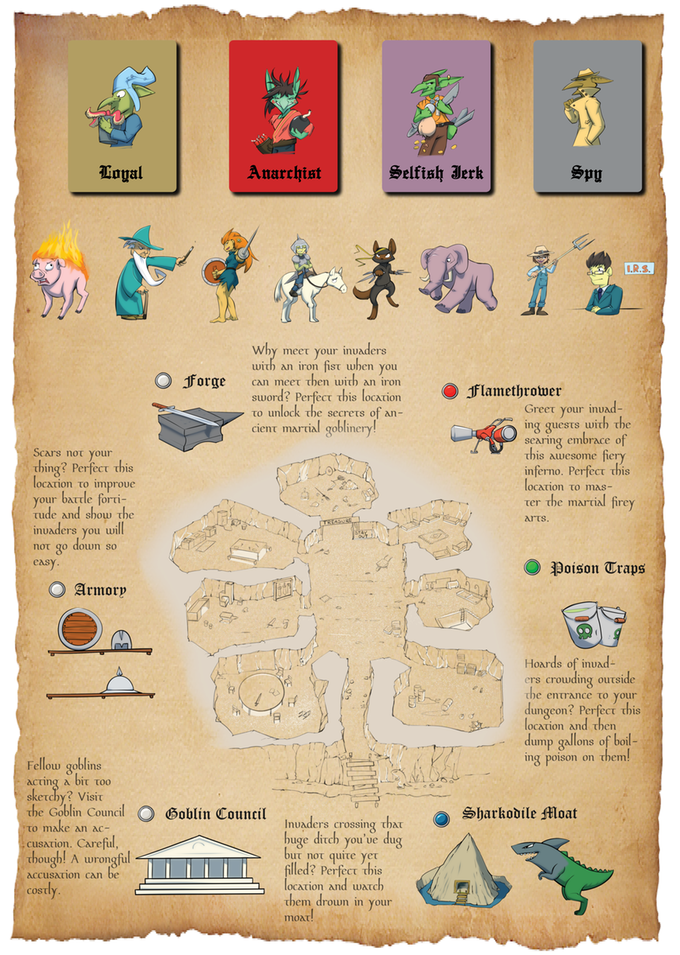 A worker placement game that implements…hidden identities? Stay Out of My Dungeon launched a campaign earlier this year, which was cancelled due to a variety of reasons. But 2Handsome Games took the feedback on board and now they’re back and already fully funded. There’s an element of tower defence too as players work cooperatively to build defensive locations around their dungeon in an effort to keep King Flumperdump out. The twist is that one of you is a spy working as a saboteur for Flumperdump, whilst another might be an Anarchist who simply wants chaos to rule. It’s an interesting take on injecting an even greater dosage of take-that into the normally far tamer worker-placement genre. 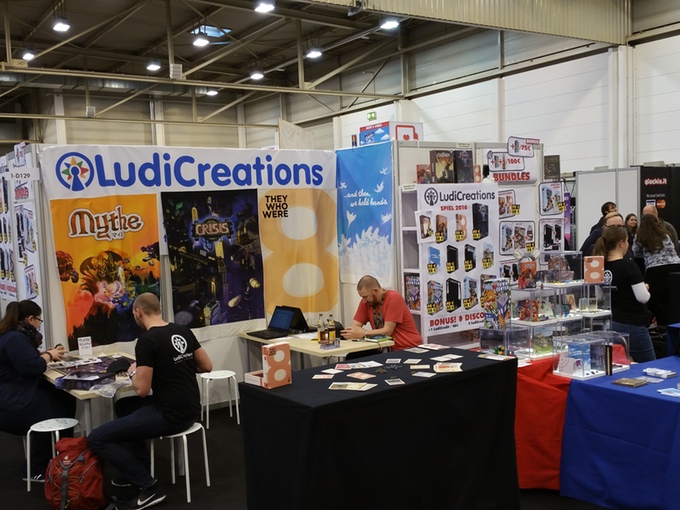 And lastly, because it’s a fantastic story about transforming setback into triumph, there’s the story of Ludicreations. During Essen last Saturday, some lowlife miscreant stole from their booth. For such a small publisher, a knock like that can have serious ramifications, but the creators of …and then we held hands are no ordinary mortals, and instead of mourning the loss, they’ve created a new campaign for the nano-game Steal This Game. It’s an amazing effort – the game was designed, developed, prototyped and playtested on the night of the robbery. Sure, it’s a simple postcard sized two-player game that plays in five minutes, but as an appreciation for the amazing spirit the team at Ludicreations showed, $5 is next to nothing to help them recover. And of course, because board gamers are awesome people, the campaign already has hit 28 x the pledge goal. 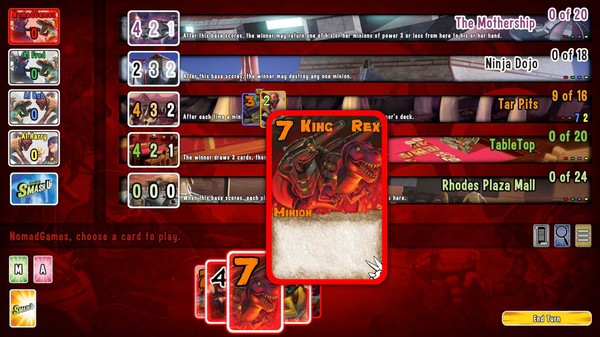 Smash Up is on Steam! As someone who has played the base game and multiple expansions many times, the game should translate fantastically to the digital world. It’s currently in Early Access, and reviews are ‘mixed’, but hopefully with all the feedback the full release should shape up nicely. 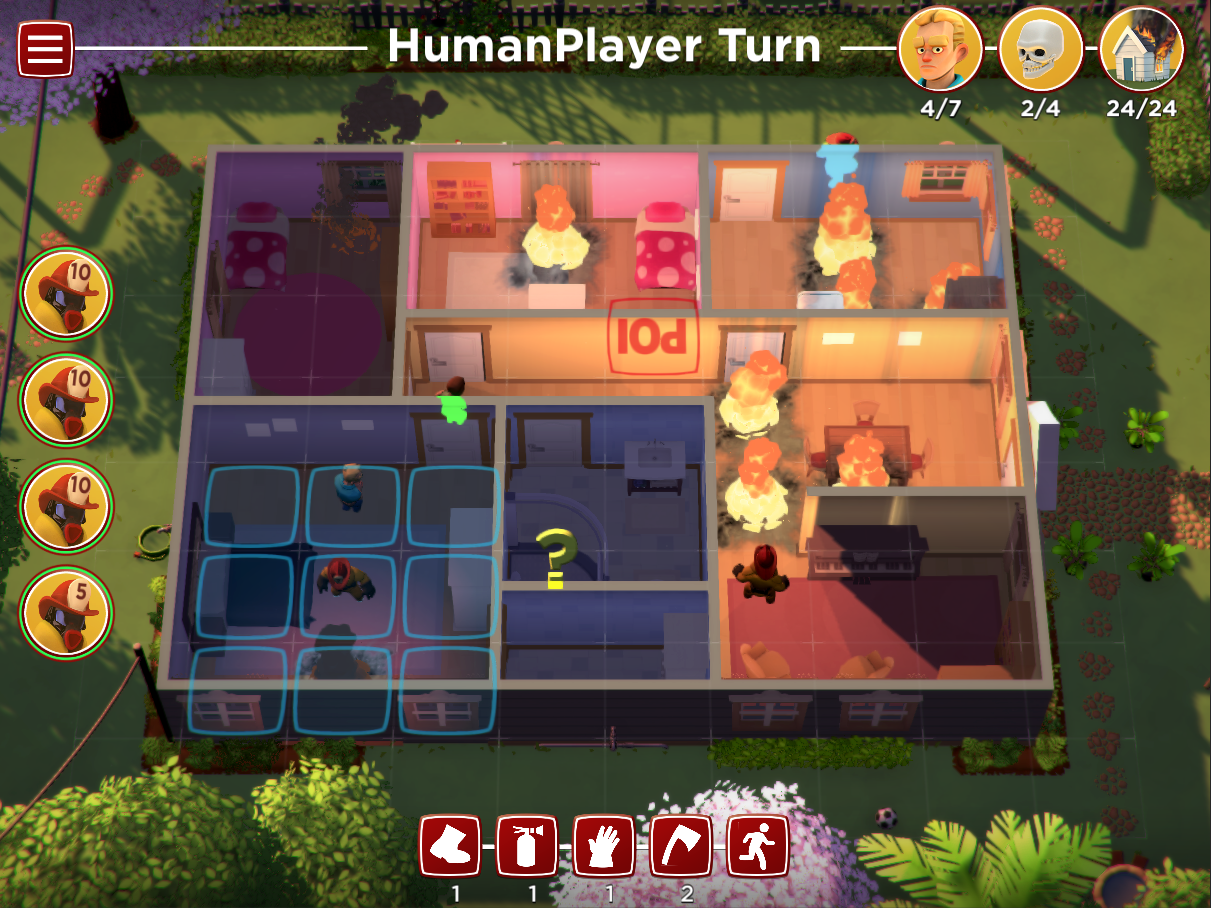 Coming to PC and iPad in 2017, Flash Point Fire Rescue also seems like an excellent choice for a digital conversion. The game will have both solo and multiplayer and will launch with 2 maps and 8 different firefighters to choose from. Work started on the app more than four years ago, let’s hope all those hours make for a quality game.

We previously reported on a digital version of Paperback (an excellent game as Stuart will attest), and you can now pick it up on both iOS and Android for a paltry $4.

Although technically not digital, Blood Bowl 4th Edition has a new website to turn the hype up to 11. Including teaser trailers as well as downloads for team rosters and a how-to video, if you weren’t excited one look at the sites header image may just change that.

If you’re out and about this weekend, make sure it’s out and about in support of your FLGS! The Unseen Shoppe has Magic happening tonight and tomorrow, as well as a Golden Age Heroclix event on Sunday. Quantum Gaming is hosting a Hangar Bay tournament for X-Wing tomorrow as well as a casual Ashes meetup on Wednesday, and Timeless has another Pretoria Boardgame party on Saturday, with a host of new demos from rAge. And if The Big Box Cafe’s all-nighter sessions have sounded a little intimidating, tomorrow they’re running a Noon to Midnight event.

However you choose to spend the weekend, we hope it’s a great one!