Over in Las Vegas it’s…STOP, GAMA time, and the announcements on new tabletop goodies are coming thick and fast. 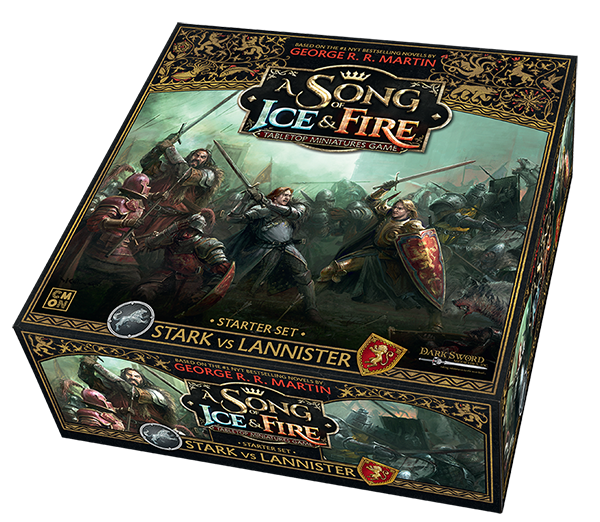 Thrones fans, while you’re waiting on book six or season 7 (or both), a new miniatures game based on the original books is on the way. No longer will FFG’s Battles of Westeros be your only chance of battling through Westeros with minis, as Cool Mini or Not is releasing a “A Song of Ice & Fire” tabletop miniatures game.

CMON Limited is proud to announce its exciting new project A Song of Ice and Fire: Tabletop Miniatures Game based on the beloved novels by George R.R. Martin in cooperation with Dark Sword Miniatures, Inc. Heading to Kickstarter in Q3 of 2017 and retail stores in 2018, this new miniatures wargame allows fans to enter the world of the novels and control units of troops and heroes with easy to pick-up rules and fast-paced, brutal gameplay.

Bezier Games announced a follow-up to their smash hit Castles of Mad King Ludwig, and this time his architects are assembling a palace. Together.

King Ludwig II of Bavaria has called all great architects to design his greatest achievement: a world-renowned palace.

Only the best will do! Gorgeous appointments, white stone, surrounded by water, with swans everywhere. Oh, and the Ludwig touch? All the architects must design the palace together. The designer who shows the strongest influence will receive the order to build it.

In The Palace of Mad King Ludwig, each player builds rooms one at a time in a single gigantic palace. As rooms are completed, a moat slowly forms around the outside. Once the ends of the moat connect, the palace is finished!

Arrange and complete different room types, while leveraging clever placement of swans. The player who contributes the most to the palace wins the game!

The Palace of Mad King Ludwig will start shipping in October this year. 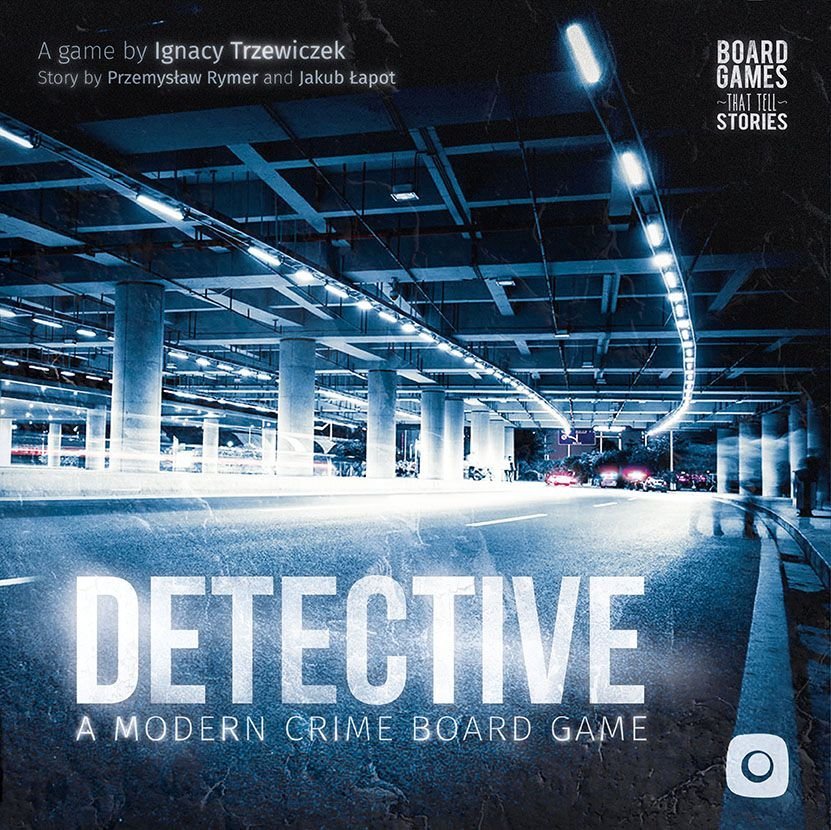 We’re just sitting here, waiting  for Portal Games to release First Martians: Adventures on the Red Planet, but they’ve gone ahead and announced their first title for 2018 already. Detective: A Modern Crime Boardgame is another game by Ignacy Trzewiczek

March 14, 2017. Today, Portal Games announced their first release for 2018. Detective: A Modern Crime Boardgame is a story-driven, cooperative game for 1 to 4 players. The game will ship with 5 scenarios that can be played independently, or worked through as a complete campaign. The game will blend printed elements, with a complimentary online component which will allow players to investigate clues through their favorite internet-connected devices.

In Detective: A Modern Crime Boardgame, the players take on the role of investigators working for the government agency ANTERES. Investigators will be given login credentials to the ANTERES online database which contains data about suspects, witnesses, and documentation from arrests and trials related to their case. Players will be free to use the investigation manual, ANTERES database, and any other online resources they may find to help them solve the case.

Players will work together to solve each of the scenarios, with Trzewiczek promising an “immersive experience like no other”. Part of the game will be the ability to use your own smart device to research information regarding the cases.

Holy nostalgia Batman, this we didn’t anticipate. IDW has entered into a partnership with Atari to produce tabletop games on some of their classic video games.

Atari®, one of the world’s most recognized publishers and producers of interactive entertainment, and IDW Games, announced today that they have entered into a partnership to produce a line of tabletop games based on several classic Atari videogame titles. Centipede®, Asteroids®, and Missile Command® are all headed to the tabletop by way of Jon Gilmour, co-designer of Dead of Winter, and his hand-picked crew of up-and-coming co-developers.

Set to capture the feel of these classic titles, the Atari line of board games are fun, intense and fast-paced. While each game in the series will play differently from the others, they will all have you nostalgic for the days of being hunched over a CRT in a dark arcade with your eyes on the prize: top of the high-score chart.

I’m actually quite keen to see what IDW produces from this deal, since my very first games console was an Atari 2600 back in the early 80s. 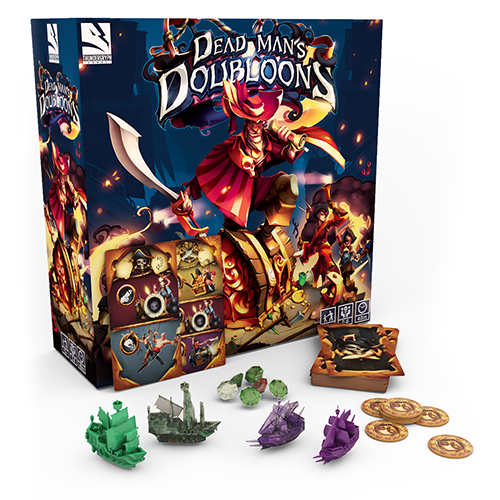 Thundergryph Games provide this week’s nautical flavour with the announcement of Dead Man’s Doubloons, a pirate skirmish game with loads of treasure seeking and ghost ships. Think something along the lines of Black Fleet with less pick up and deliver and a lot more cannon boom boom.

Having collected their precious loots, the Captains return to their vessels to engage in the final battle. Defeated vessels become ghost ships whose treasure is cursed, though with careful planning they may still emerge victorious. Once the Captains have laid waste to their enemies and exhausted their options, the game will end, and the richest Pirate is the winner!

Crossfire is a social deduction game from Emerson Matsuuchi and Plaid Hat Games, set in the Specter Ops universe.

Emerson Matsuuchi has partnered with Plaid Hat Games again to take players back into the dystopian struggle between Raxxon and A.R.K. This time, players will be competing in two teams to either protect or assassinate a Raxxon VIP, while trying to determine if other players at the table are really who they claim to be, all while the clock is ticking.

In Crossfire, players will use deduction, negotiation, and the limited information at their disposal to determine who the VIP is. The agents have been tasked with defending the VIP from hostile attacks, while the Assassins try to ensure that the VIP doesn’t make it to their destination. To complicate things further, Bystanders are also present near the VIP, making it even harder for Agents and Assassins to know who the real threats are. 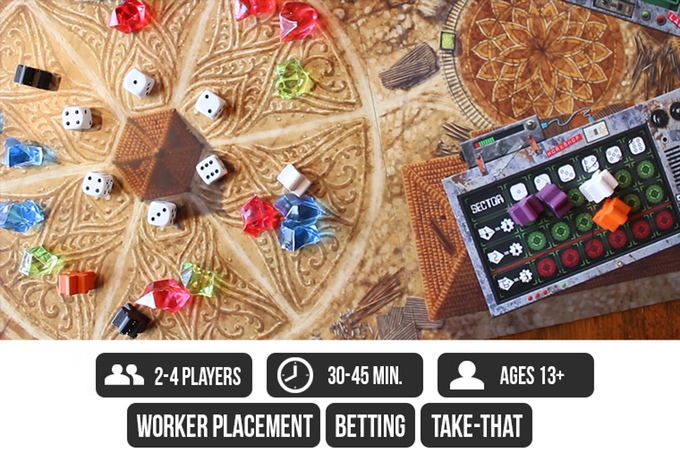 The botany theme certainly crops (get it? I said CROPS) up enough, last year’s Cottage Garden springs (I did it again) immediately to mind, so what does one add to the soil to ensure your game will have a little something different come harvest? Easy – robots and the apocalypse! The Last Garden is a worker placement game for 2 – 4 players with a fair bit happening beneath the ground. There’s the main Garden, a Workshop, The Mines and even a Lab.

The world as we know it has ended. One woman is all that remains of the human race, and she is known only by her title: The Queen. As her final decree, The Queen aims to recreate the beautiful and lush gardens of her youth. However, there is very little moisture left, so The Queen will implement a new plan – with some unlikely help. 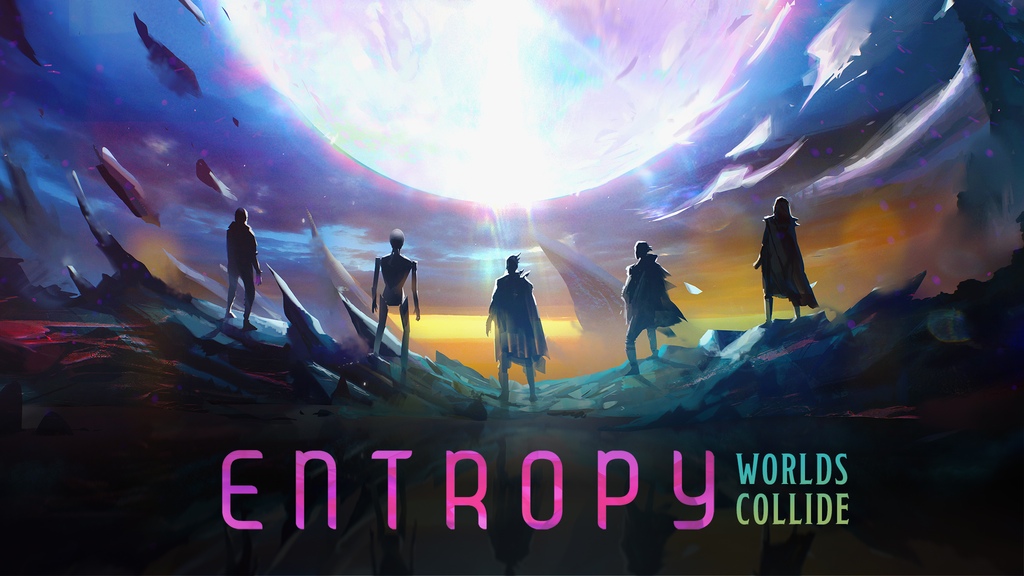 We reviewed Entropy a while back and were pleasantly surprised by the quality of the overall package. Allen Chang and his team are running a campaign for a reimagining of the original game complete with retouched artwork (which is just gorgeous) a new character and a fair bit of rules tweaking (complete list of changes here).

Multiple parallel worlds have collided and you play as one of six characters jettisoned from their world into a place called the Nexus. Each character’s world has been shattered into four shards that, when pieced together, form a complete panoramic vista of their world. 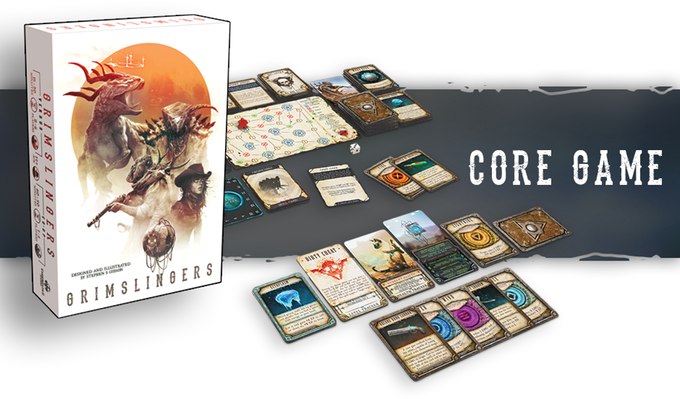 In a land beyond God’s reckonin’…starts the campaign for Grimslingers: The Northern Territory, an expansion to the card game Grimslingers, which also functions as a chance to pick up the core game too. The appeal derives from its promise to be solo, co-op and competitive, as well as to incorporate elements of an RPG campaign. And that artwork!

The story picks up where the Valley of Death campaign left off, as players are sent back into the Valley to investigate the aftermath of the the core game, which ultimately leads them on a new adventure across Northern Territory and deep into the underground 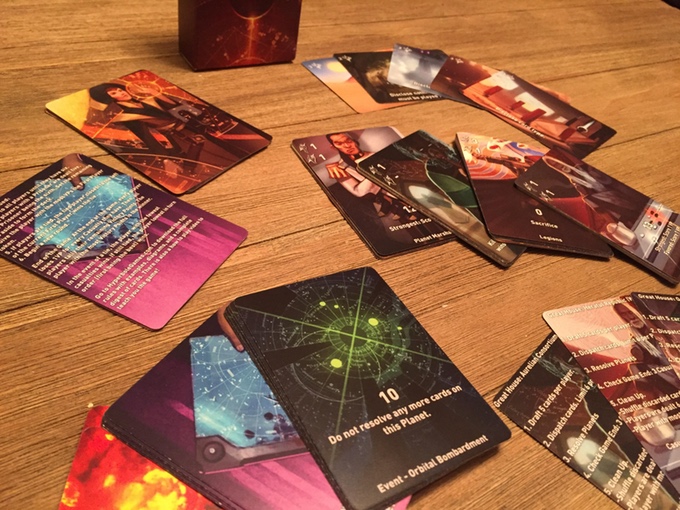 Lastly, if you found elements of Cry Havoc hit the right buttons, co-designer Grant Rodiek is running a campaign for the strategy card Solstice, a game inspired by Dune. Expect lots of bluffing in this quick playing draft game.

Players represent factions vying for control of an interstellar empire. Both bold play and subtlety will be needed to navigate the “wheels within wheels” intrigue of this homage to Herbert’s universe.

The times, they are a changing. After roughly 18 months, Cardboard Quest is getting a makeover.

Reasons? Partly due to us wanting something more streamlined, and also partly due to some recent technical issues (say goodbye to ” website suspended” messages). Ultimately we have been looking for a site that delivers our content….. better – stripping away unneeded elements, and hopefully introducing some new ones that improves your experience with us.

We’re hoping that we can unveil that within the next month or two. 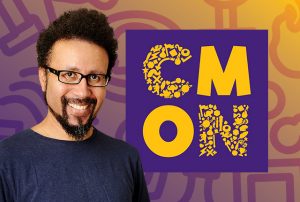 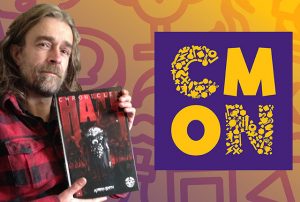 In Other News: Cool Mini or Not Edition. CMON had two other announcements this week, with some industry heavyweights joining the team on a permanent basis.

This week on CBQ Stuart shared some wonderful creations from the tabletop community to expand your favourite games, and tune in next week as we’ll have a look at the Dead of Winter expansion The Long Night to see just how much it really adds to the base game.

That’s it for news this week, I’ll leave you with one of Adrian Smith’s amazing illustrations (check out his Facebook page for more). Good gaming all. 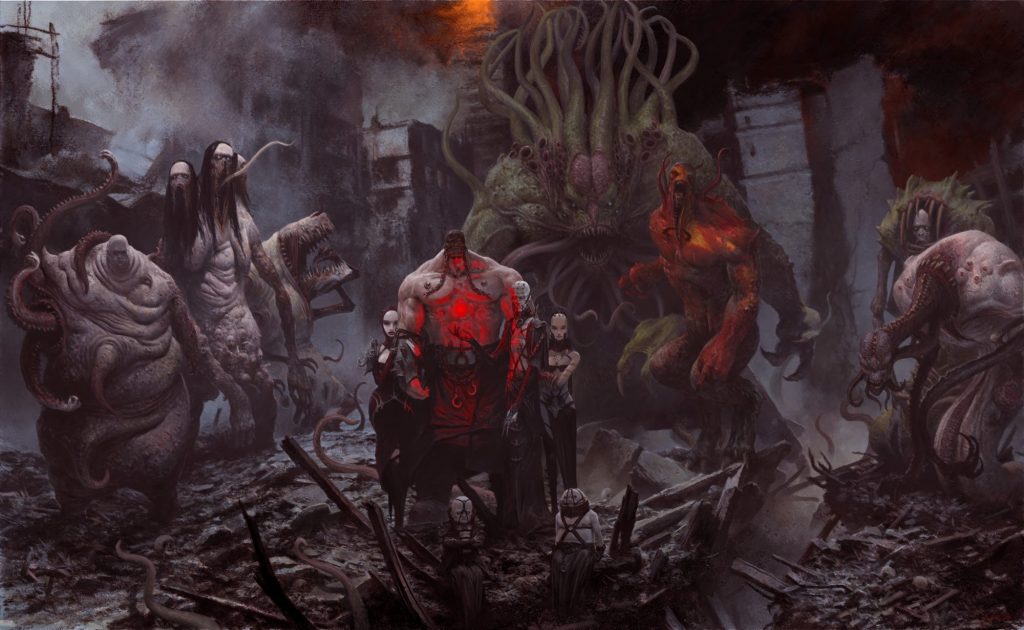