At Cardboard Quest, the team are watching the hours tick down to Gen Con, and all the great releases that will be on show and on sale. Not because we’re going of course (budget cuts, finance minister’s fired etc.) but because it means the latter half of the year has arrived, which means that all the announcements that we’ve heard about for the last few months will start to be shipped to our shores. You can see what I’m excited for on my most anticipated games for Gen Con list, but know that I may have already placed a couple of pre-orders, even though my new wife may be Crying Havoc. Anyways, there is a ton of news to get through so let’s have at you… I mean… it.

Two player phenomenon, 7 Wonders Duel has just had its first expansion announced: Pantheon. In the ancient times, many gods ruled over the lands and offered favour to those that appeased them. With new cards, you’ll be able to collect mythology and offering tokens in the first age to be able to gain the favour of the gods and add them to your wonders and civilization in the second and third ages to grant you additional bonuses. Coupled with the addition of gods to the world of 7 Wonders: Duel, you’ll also be able to build ritual spaces instead of guilds, which with the blessings of the associated gods will grant you more bonus victory points the more of these ritual spaces you can create. I’ve also felt the gods smiling favourably upon my strategies and in Q4 I’ll know whether this continues in games against my wife.

So Monopoly will be getting a new edition, but this time from everyone’s favourite million dollar gaming giant, Asmodee. While not a clone of the Hasbro series, Asmodee is in advanced negotiations to acquire F2Z Entertainment, who are the holding company for some of your favourite game publishers; Plaid Hat Games, Z-Man Games and new comers Pretzel Games to name a few. Much like the Monopoly board game, this may be enjoyable if all parties continue to play by the rules and will simply mean that all of our favourites will come through the same channel. However this also means that all of our games will come through the same channel, meaning less competition in the industry. I do feel this may be another case of raised pitchforks and no witches, however there have been a a few too many big acquisitions in a short period of time for eyebrows not to be raised. 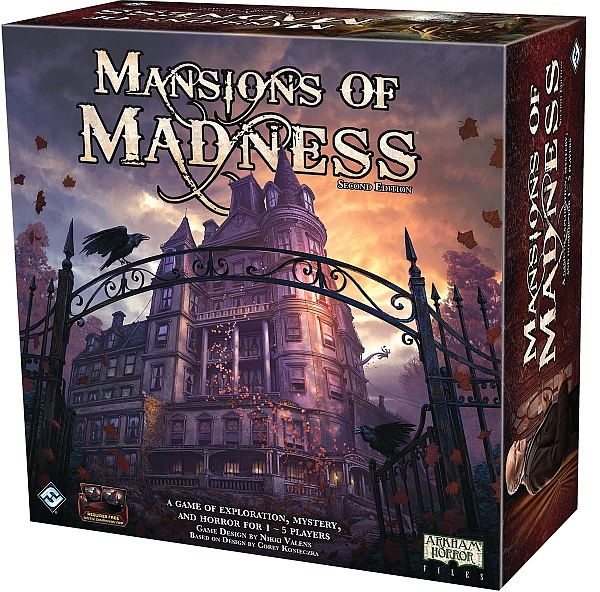 Mansions of Madness is getting a 2nd Edition! After the success of the Road to Legend app for Descent: Journeys in the Dark (2nd edition), Fantasy Flight Games seems sold on the concept and you can expect more of their strong IP’s to get the digitally assisted treatment. In MoM (Mansions of Madness and not parental slander) 2nd Ed, play is fully co-operative as the role of the Keeper is taken by the app, allowing for great solo play (see Luke!) as well as some improvements for heroes. The app will randomise the layout of the map each time, as well as offer true exploration, with tiles only being added as investigators explore the map! Unlike in the case of many second editions, proud owners need not burn their minis while recording their protest for YouTube as the minis from the first edition can be used by the app to incorporate into the new version, with the help of the conversion kit.

On to party games, and if you want to play Codenames after the kids have gone to bed, then Target will have exclusive copies of Codenames: Deep Undercover for you to be a little more risque with your gaming group. Personally, I’m not a fan of the Cards against Humanity or the Shellfish messing with the Thermostat types of games, but this will offer those people who love the “naughty” side of board gaming the opportunity to ACTUALLY play a game. For those of us who love Codenames and just want more cards and don’t mind anything sexually suggestive, this may be the car keys in the fish bowl for you to grab.

Back to FFG, Game of Thrones fans can rejoice with the announcement of another potentially great use of the IP in Game of Thrones: The Iron Throne. Re-themed with mechanics from one of the most popular games in their collection, Cosmic Encounter, players will take the roles of the various houses from Westeros aiming to claim power and dominance to win the Iron Throne. Each player will choose a unique house with five unique characters. One of these will be your chosen leader, with their unique power available to you at all times, for example,  Honorable Eddard Stark leading House Stark means that when truce cards are played by one player, even if they are betrayed the truce will take effect. Each player will also get a unique house deck of abilities to make use of as specialised events they can play. Its Cosmic with a new twist that will hopefully bring in many more players to the hobby with a great game attached to accessible theme. 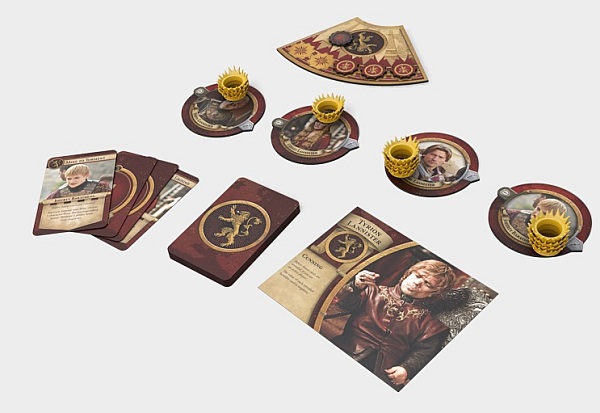 In the Kickstarter Realm we start to see the return to glory of King Richard Launius, whose Mad Max style themed Defenders of the Last Stand is getting Buzz, with the Greater Than Games team to bring about the end of the world again with the Ancient Ones in Fate of the Elder Gods. Players will be trying to release their unique Lovecraftian God upon the world through the use of cards which allow you to move between locations to perform actions as well cast spells to assist your birth from the abyss. However, you’ll need to avoid the attention of the investigators aiming to seal you behind Elder Sign Symbols and pray the curse cards (similar to Dead of Winter’s Crossroad Mechanic) don’t foil your nefarious goals of domination. I cannot wait for this game, but I’m absolutely astounded to see the shipping cost is equal to the game cost to get it to South Africa, so I’ll need to arrange a workaround. 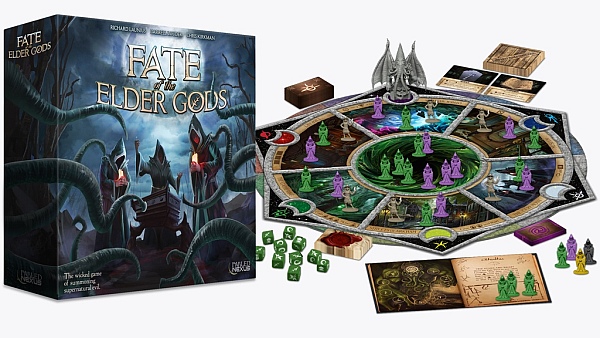 Hostage Negotiator was one of the most popular solo gaming experiences of the last 2 years, and A.J. Porfirino is developing his second standalone/expansion game in the series with Hostage Negotiator: Crime Wave. Players will need to talk down a variety of criminals who have taken hostages and save at least half the hostages while eliminating or capturing the hostage taker. Conversation phases allow you to work on the threat level to generate good will to gain conversation points to play effects to save the hostages. Threat cards will play out which change the scene, forcing you to adapt your play style. With a wealth of new hostage takers, new play mechanics and compatibility with the first edition, I would love to add this solo game to my collection and review it as a unique title in the hobby. 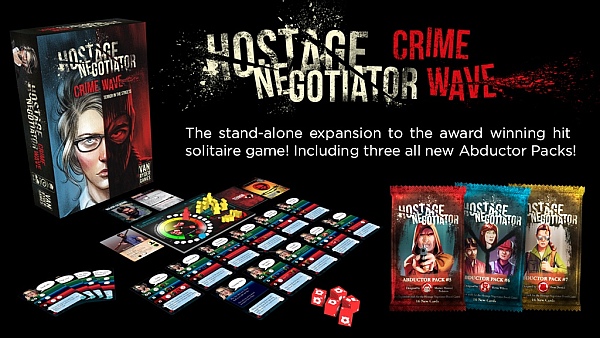 Gloom is raising funds for the digital edition on Kickstarter. While Gloom has brought thousands together in misery around tables, the “just over 50% or dead average” funding level of this campaign so far doesnt bode very well for fans. Personally, the appeal of the title has always been the crazy whimsical tales of despair that were created by friends and family while inflicted gloom upon each other and this cannot be properly replicated in a digital endeavour. If you’re still interested, check out some of the backer levels, some of which include the original physical copies… or just go get those.

Going full digital, Stone Blade Entertainment has just announced Ascension VR in development. You’ll now be able to play your games of ascensions against other players in a 3D VR world through the use of upcoming virtual reality peripherals. The software will offer lip-syncing, in game voice chats and even social emotes based on movements to heighten the experience of the head to head card game. While totally unnecessary, the technology is fascinating and the possibilities for use in other board games makes this on of the most interesting technological developments I’ve seen in board games for a long time. 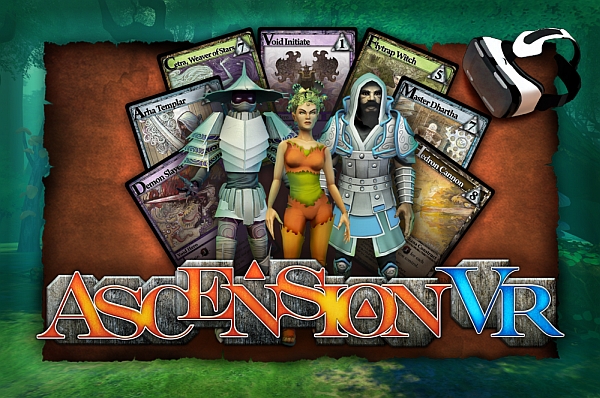 That’s the wrap for the week, for all of our Cape Town readers we hope to see you at EGE this weekend. I’ll be skulking around the SolarPop area on Saturday demoing games, and Paul will be doing the same on Sunday. If you see our missing Hobbit, Jason, wandering around please send him back to us. Have a happy gaming weekend and look forward to some great new game reviews coming soon.