Monopoly: Cape Town Edition was launched this past Friday, 13 November 2015, at the V&A Waterfront in Cape Town. Cape Town is the first South African city to feature in its own version of Monopoly, and only the second African city to do so (after Lagos, Nigeria). As a product with obvious value to our tourist trade, it lured Cape Town’s elite from their daily routines. 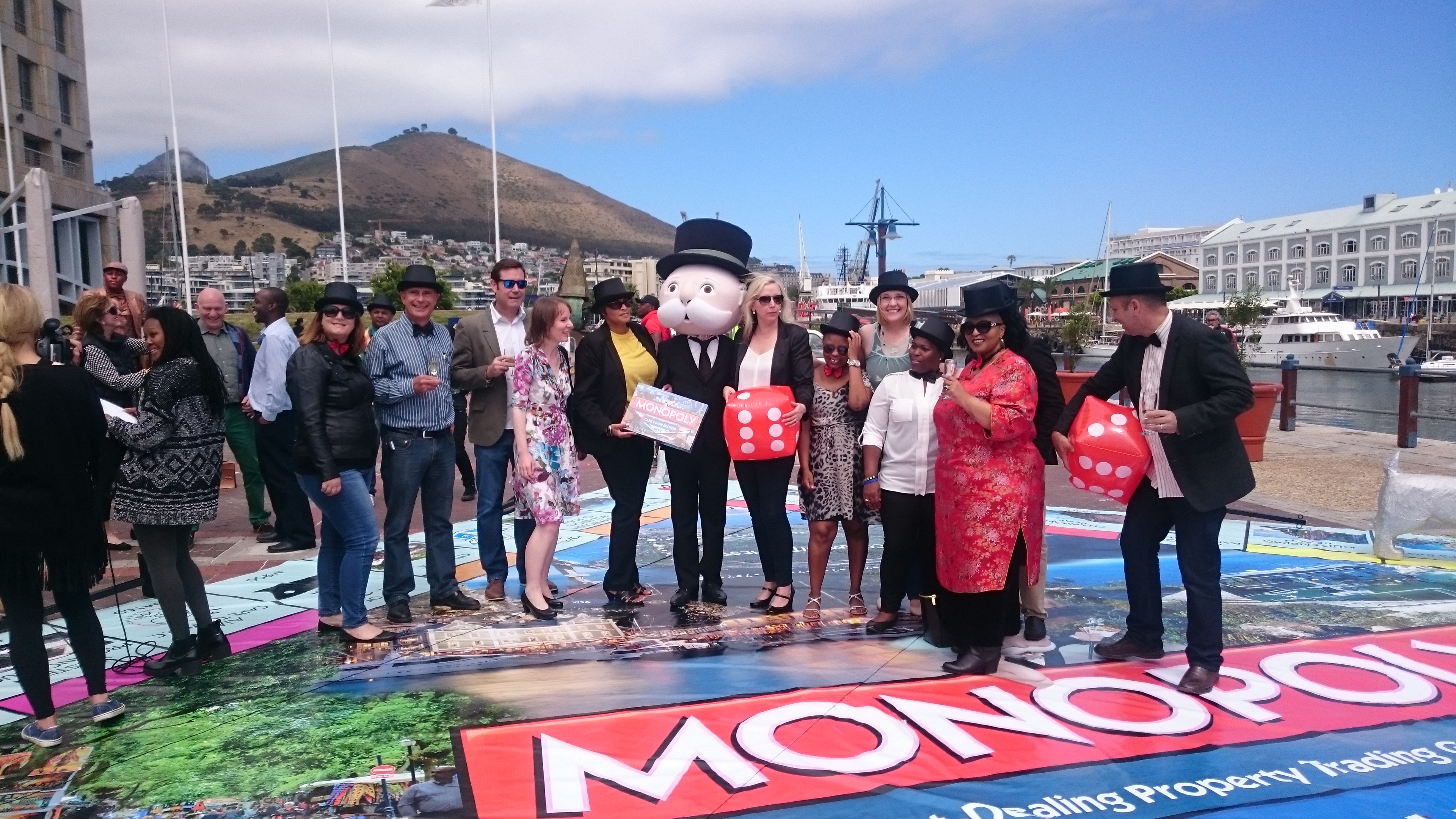 Special guests for the event included Garreth Bloor – Mayoral Committee Member for Tourism, Events and Economic Development for the City of Cape Town, Bulelwa Makalima-Ngewana – CEO of the Cape Town Partnership, players from local sporting teams Ajax Cape Town and the Stormers, and many others. Of course Cape Town being Cape Town, the wind created a small amount of chaos with the gigantic Monopoly board on display. I’m sure if a force of nature was eligible for a spot on this board. then the Cape Doctor would have been a shoe-in (first and last Monopoly pun, I swear).

And speaking of the board locations – earlier this year people were invited to vote for their favourite spots across the Mother City to appear on the board. Those that made it include the V&A Waterfront; the Taj Hotel in Cape Town; Muizenberg and Camps Bay Beaches; the Table Mountain Cableway and Kirstenbosch Botanical Gardens, and many more. 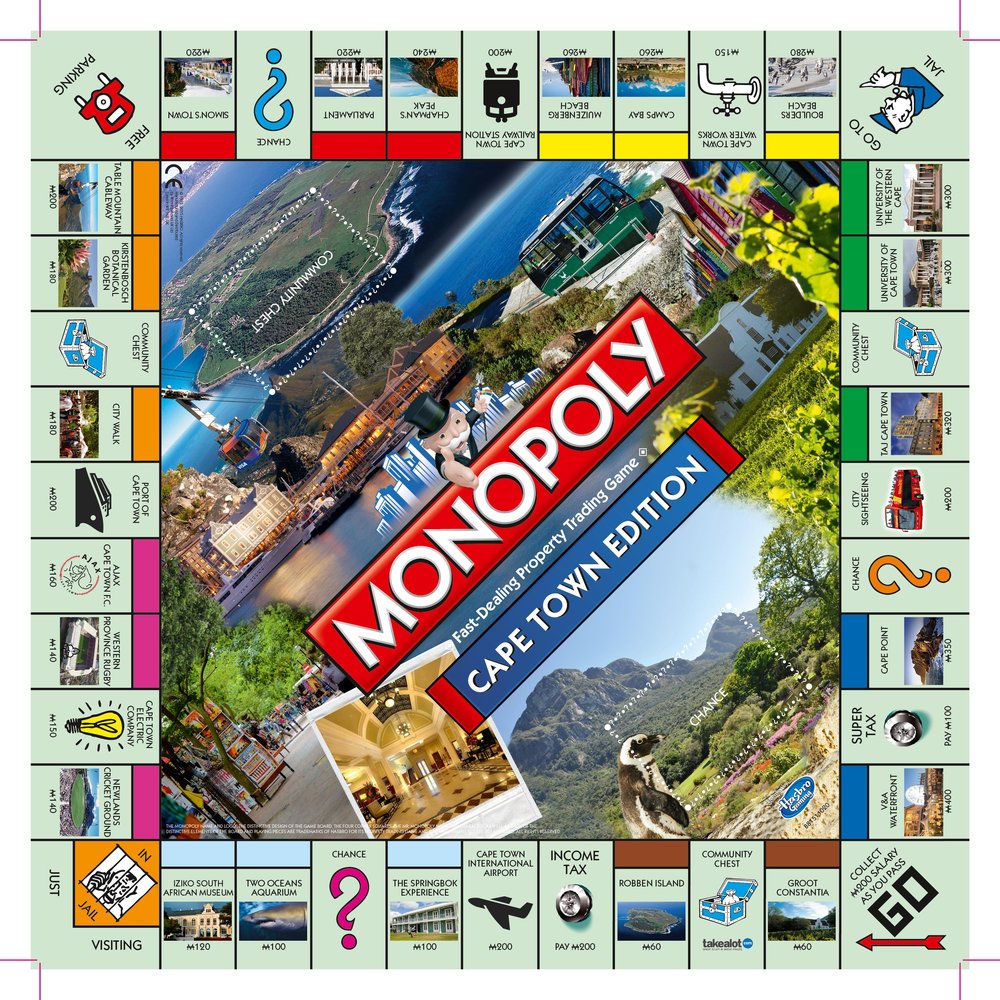 Now, full disclosure – nobody at CBQ plays Monopoly anymore. Personally I haven’t touched the game since my childhood, though I do have fond memories of many games with my brother, in which I remember cheating somewhat (for which I’m sorry for and also ashamed, though after admitting my atrocities, I am surely a better, more rounded gamer for it. I think). Like many other games we grew up with, its simple roll-and-move system has become outdated and we’ve all moved on to games with better mechanics, themes and components. But we do recognise that Monopoly is a giant in the industry, an elder statesman that deserves our respect.

Monopoly has turned 80 this year, it has defied the odds and is still popular across the globe. All this despite the fact that board games have evolved so much, especially in the last 20 years. You could almost label the latest titles as “experiences”, and not mere games. Yet Monopoly is steadfast in its approach, waving away the idea of wholesale change, and offering the same experience it always has.

Dan Taylor, Head of Custom Games Sales at Winning Moves, was the MC for the launch event, and I had a quick chat with him:

Q: What do you think is the role of Monopoly (as a brand) in the board game industry?

Dan: “I think it’s the biggest gaming brand in the world, and it’s the 80th anniversary this year, and it stands the test of time for me because it brings families together. It’s the excuse to sit down, as a family, for hours and just enjoy each other’s company. There will be squabbles over property and so on, but it provides great life lessons for being good with your money and investments, and negotiating life skills. “

Q: How does Monopoly still stay relevant because the board game industry has quite evolved , it’s varied quite a lot and is going into other areas, many different experiences, but people are still coming back to Monopoly.

Dan: “I think one of the reasons why it’s still so strong is editions like this. So many people own a Monopoly board. What I think city editions like this does, it brings people together again, it uses the Monopoly brand to remind everybody that places like Cape Town are a wonderful place to be, that there are phenomenal things here.  That’s why we chose to use landmarks instead of streets, celebrate things that are here, things that just draw people into the city, and also places that the locals can be proud of as well. And what it does is remind everyone, with that Monopoly brand, sits you down and people are going to be loving the fact that they’re visiting Cape Town, or they live in Cape Town – it’s a nice reminder. It’s editions like that that have really helped Monopoly stand the test of time and be so popular around the world.”

A dash of nostalgia coupled with a pinch of marketing, and I was hooked. Everybody’s gaming journey started somewhere, and for many of us it started with a Monopoly set. I am genuinely interested to play a game that evokes childhood memories and involves my local spots (Simonstown, Boulders), something I can play with the family over Christmas if Machi Koro or Survive:Escape from Atlantis doesn’t appeal.

And who knows, if I happen to grab a copy, I might even phone my brother for a rematch.

Thank you to Amplicon PR for allowing us to attend this event. The official distributor for Monopoly in South Africa is Epic Games. A list of retailers who stock Monopoly is available here. 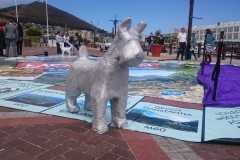 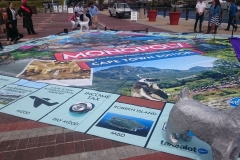 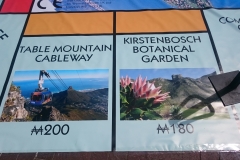 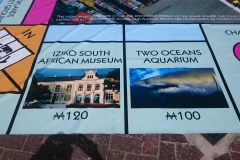 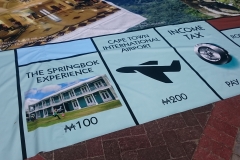 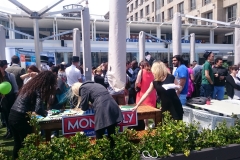 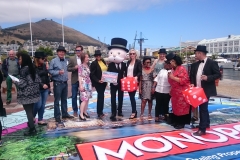 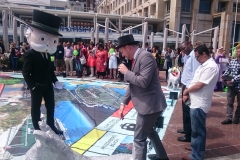 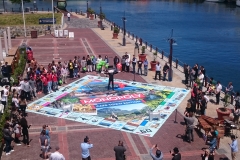 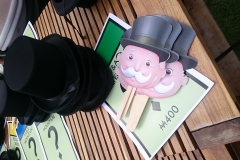 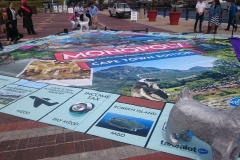 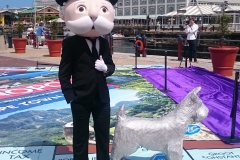 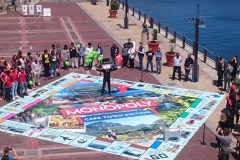