It’s been a frantic month life-wise for myself, and my gaming time has wound down to a grand total of 0 minutes in the last 30 days, and almost a complete “blackout” of gaming news. This problem had to be addressed with a simple 2-step plan:

And now, the news…

Announced earlier this year at PAX 2016, Mortal Kombat X: The Miniatures Game has flown underneath our radar, but we discovered its existence yesterday after some Kevin Wilson research (who Stuart describes as “the Nicholas Cage of board games at the moment”). The game will be published by Jasco Games, and is one of three planned “Universal Tactics System” titles, each based on popular IPs – Mortal Kombat, Dragon Ball Z and Street Fighter.

Mortal Kombat X: The Miniatures Game is a tabletop miniatures combat game based on the popular fighting genre. The game features vs. modes (PVP) as well Boss modes. It can be played on its own, or characters from this game can face off against those in the Dragon Ball Z: The Miniatures Game or Street Fighter: The Miniatures Game as all three games use the same “Universal Tactics System,” specifically developed to integrate multiple fighting worlds.

We’ll post Kickstarter links to each of these projects as they go live this year. 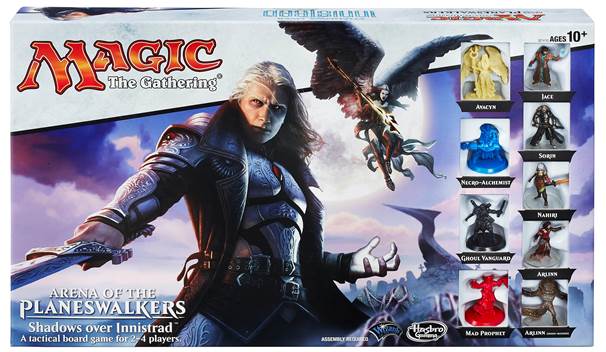 Back in February Hasbro announced a second expansion for their Magic the Gathering board game, Arena of the Planeswalkers. Following their first expansion (Battle for Zendikar) comes Shadows over Innistrad, based on the latest MTG TCG expansion of the same name. Courtesy of this blog post, we now have some more information:

In the Magic: The Gathering – Arena of the Planeswalkers, players customize the battlefield by designing the map then placing terrain and powerful glyphs. Then players choose one of five different Planeswalkers and move their figure and unique creature squads around the map in a race to out-maneuver opponents and gain tactical advantages! Cast devastating spells, summon powerful squads, and tap into your unique Planeswalker abilities to defeat your opponents. Be the last Planeswalker standing to win!

Shadows Over Innistrad is a stand-alone expansion to Arena of the Planeswalkers.

A stand-alone expansion, so it can be utilised as an expansion to the base set, or played on its own. Expect Battle for Innistrad to release later this year. 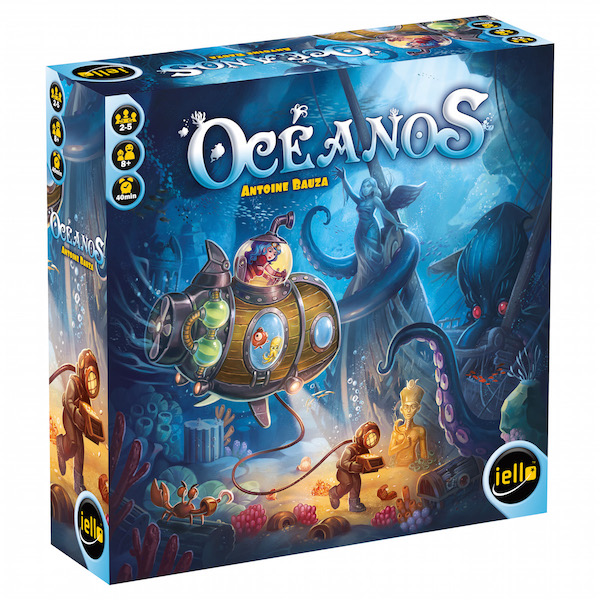 Iello and Antoine Bauza have been very busy preparing some new games for us, namely Oceanos and Welcome Back to the Dungeon (sequel to Welcome to the Dungeon), both of which will be released very soon (around August 2016).

Oceanos – As a submarine captain, explore the deep blue in search of rare underwater animal species, forgotten treasures, or priceless pearls! Upgrade sections of your submarine to venture deeper and deeper and score exploration points each turn for the animals you spot and the speed of your vessel. Unearth riches and discover coral reefs to score additional points at the end of the game.

Welcome Back to the Dungeon is a simple and subtle push-your-luck game in which you’ll need to adopt a show of bravado or outwit your opponents!

Earlier this year Level 99 Games published Millennium Blades with the help of Kickstarter. The first print run sold out completely within 48 hours, and now its back on Kickstarter for a second print run, but with new mini-expansions.

Millennium Blades is the top-reviewed CCG Simulator Board Game, where you buy, sell, collect, trade, and duel to become world champion!

This second edition has already been well funded over its original goal, and has unlocked it first stretch goal too (with 16 days to go).

In YOKOHAMA, each player is a merchant in the Meiji period, trying to gain fame from a successful business, and to do so they need to build a store, broaden their sales channels, learn a variety of techniques, and (of course) respond to trade orders from abroad.

Saying that Yokohama has been funded seems to be an understatement. The original goal was $40K, but the current pledged amount is floating just under $250K, and is on course to become the most highly funded Tasty Minstrel Games title on Kickstarter ever (current record is $251,468). 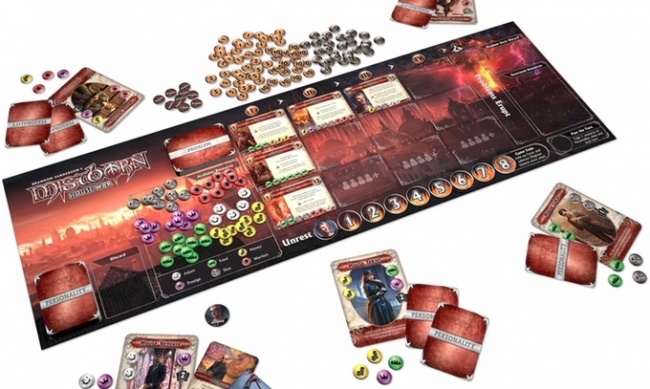 Mistborn: House War is based on Brandon Sanderson’s popular fantasy novel series Mistborn. Designed by Kevin Wilson, this 3-5 player game puts each player in charge of a noble house, competing to be the most powerful house in the land but also work with other players to solve any problems that arise – political or environmental. We’re hoping the quality is more classic Kevin Wilson, as compared to some of his most recent games like X-Files.

With 13 days to go still, Mistborn: House of War has easily reached its $30K goal and has reached the $160K mark.

After a successful 2014 Kickstarter campaign, the Twilight Struggle Digital Edition was funded. It had been released PC / Mac already this year, but is now also available on iOS for $9.99. 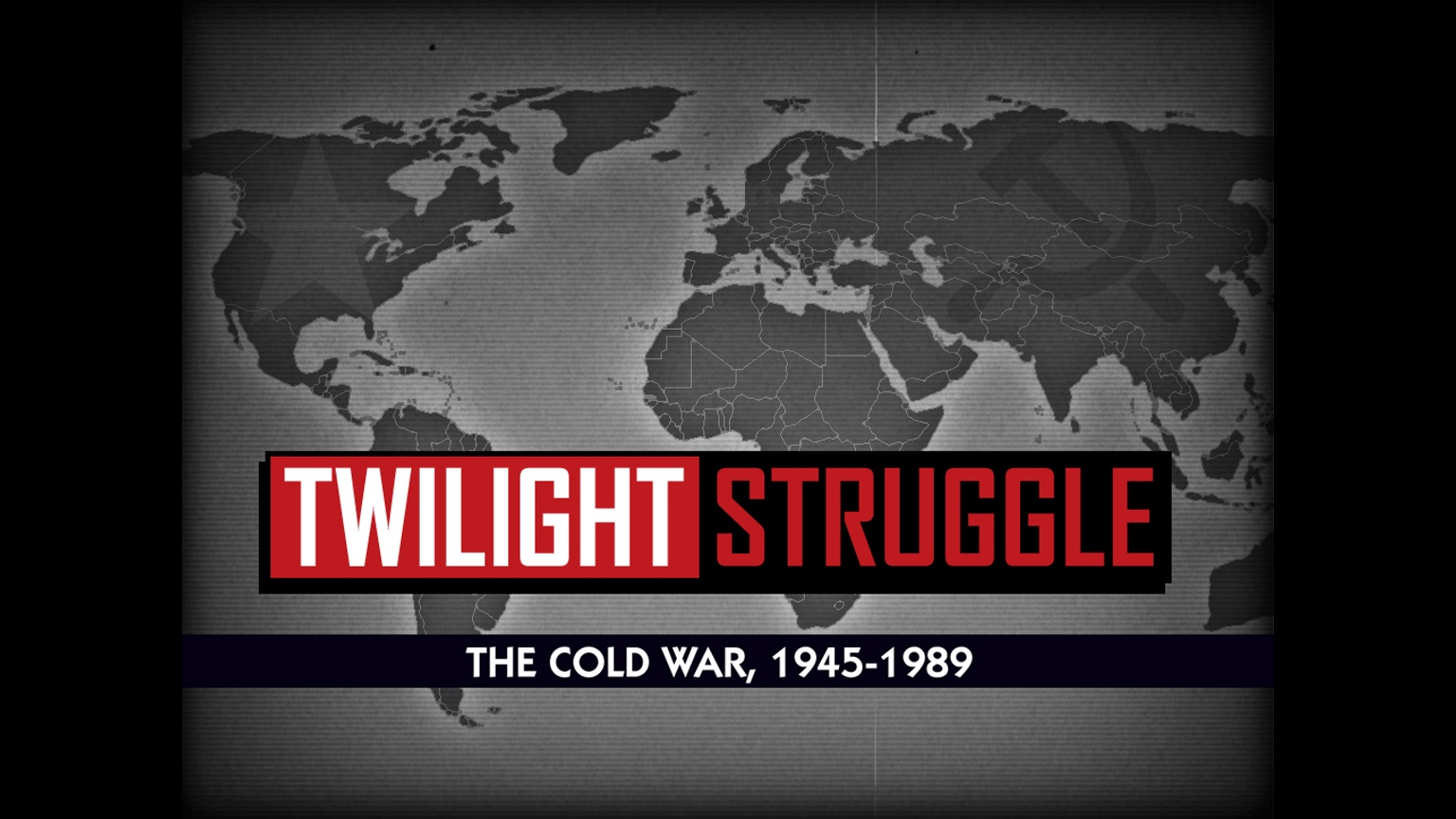 And that’s a wrap on this week’s news. For the rest of the week, stay tuned tomorrow when Stuart will be sharing his thoughts on gaming etiquette with you in our latest feature. I’ll be spending my time this weekend reading the Imperial Assault rulebook (both of them).