In this week’s issue of the Gateway Gazette we will get a little emotional, learn today about something happening in the future that is nostalgic because of our past, find out how mice and rats can fly around on birds and showcase a legacy game that may not be on everyone’s radar. Oh, and maybe a catchphrase from Buzz Lightyear could appear.

Firstly, we’re having a busy week here at Cardboard Quest getting out some content. If you missed it, check out our Codenames review to find out why I think every game group should have a copy it in their collection. On Friday we’ll be giving our initial impressions after a couple of plays of Blood Rage by Cool Mini or Not. We’ve been posting a daily picture from our play sessions on our Instagram account so you can go check out and comment on our battles during the final days of Ragnarok! Also, if you havent already, please post pics of your #Shelfies to our Facebook page. We’re interested to judge you all on your choice of games and many of you can (and should) show us what a REAL board game collection looks like.

…and then we held hands is a two player co-operative game that was celebrated by the board game community in its print and play version and has now been picked up to Ludi Creations. With a unique theme of navigating emotional relationships, players use cards based on nonverbal empathetic cues of their partner in order to achieve balance in their relationship. It’s definitely a theme I’ve never seen before in a game, beautiful art by Marie Cardouat (Dixit) and will only set you back around R360! ($24 + $8 Shipping) 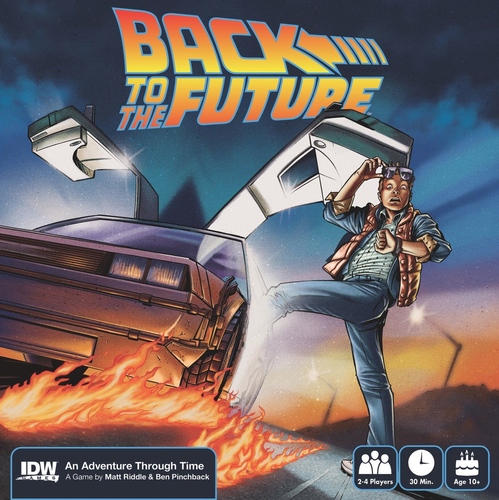 Could this be the great time-travel game we’ve wanted to be delivered from the future?

On 21 October 2015 we celebrate Back to the Future Day, and what better an occasion than that to build some hype around the Back to the Future: An Adventure through Time by IDW. Designers Matt Riddle and Ben Pinchback (both of Fleet and Floating Market fame) have only detailed it as a “role-selection, time travel, hand management kinda thing” so far, but have promised to reveal more, in October. Of course the world needs more time travel themed games, and hopefully a good one, so we’re excited.

In the build-up to Tail Feathers being released, Rodney Smith (creator of our favourite board game instructional videos @WatchItPlayed) filmed an amazing overview video of the anticipated Plaid Hat Games title. Tail Feathers looks to be an amazing evolution in the genre of tactical miniatures battles (X-Wing, Attack Wing) with a much more family friendly theme set in the Mice and Mystics universe. Expected late 2015, early 2016 this looks like another smash hit for the team at Plaid Hat Games.

Legacy games (board games where your actions have permanence) are a growing genre in the industry, with most gamers frothing at the mouth when dreaming about Pandemic: Legacy and Seafall being in their collections. Gloom Haven, currently in its last week on Kickstarter, offers a dungeon crawl legacy game with a unique card play battle mechanic and beautiful looking art and miniatures. Isaac Childres (Forge War) has taken on a very ambitious challenge with this title, and should his mechanisms click with gamers, he’ll be publishing one of the most unique titles of 2016. Unfortunately due to shipping costs, backing Gloom Haven in South Africa will set you back R1550 ($64 + $50 Shipping) but it does promise many, many hours of gaming.

The Infinity RPG Series could be a great gateway to RPG’s for miniatures gamers.

Corvus Belli’s Infinity, a tabletop miniatures war game, has been getting some high praise from industry reviewers, but if miniatures gaming isn’t your bag you might want to check out the Infinity RPG Core books set in the same universe. While I’m not familiar with the miniatures game, it sounds like an intriguing Sci-Fi setting suited for role playing adventures.

In the twisted jungles of Paradiso, humanity fights for its survival. The fierce, alien warriors of the Combined Army have poured through the Acheron Gate, descending upon the emerald jungles of the newest colonial world in a seemingly unstoppable torrent. The bestial Morat pound the Paradiso Front, where brave men and women fight ceaselessly to maintain a desperate defensive line which the sly Shasvastii penetrate with devastating ease. In the star-swept skies above, the collected might of humanity’s armadas maintain a life-or-death blockade to cut off an endless horde of alien reinforcements. And if any of humanity’s fractious forces should falter, then all may be lost…

With the current UK exchange rate, the PDF is available for backing on Kickstarter at around R420 (£20) and the published hard covers will start at around R1200 for the Core Book alone (£40 + £17 Shipping). At these prices the hard covers may have to wait for a distributor to import it. 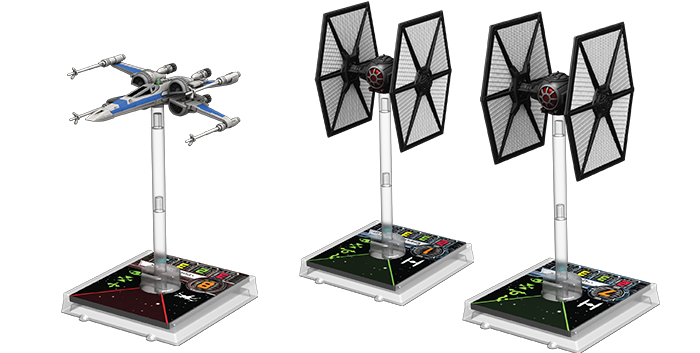 Lastly, arriving in your friendly local game store next week is the new X-Wing Core Set announced by Fantasy Flight Games on Force Friday. The Force Awakens offers an entry point for new players to the system and comes with a new core rule set at a retail price of R650. Smash-Up fans should also rejoice in being able to grab Smash-Up Munchkin, which adds monsters and loot decks as well as all your favourite fantasy tropes to mix and match. All this variety comes in a big box expansion priced at R550.

That’s the news wrap for the week. Let us know whether you like the format of the news or are interested in any of these projects we’ve covered. Look forward to our Blood Rage preview coming on Friday and enjoy the holiday tomorrow.