As we near the end of the first month, a few of us are struggling to get our brains around the math of 5×5 and 10×10 as many headed back to the working world, our very own Paul included. For those who are notching their shelves as they work to complete their resolutions, we salute you! For the rest of you (myself included) here is a tall glass of gaming news goodness to wet your purchase appetite and to numb the guilt of your future purchases. 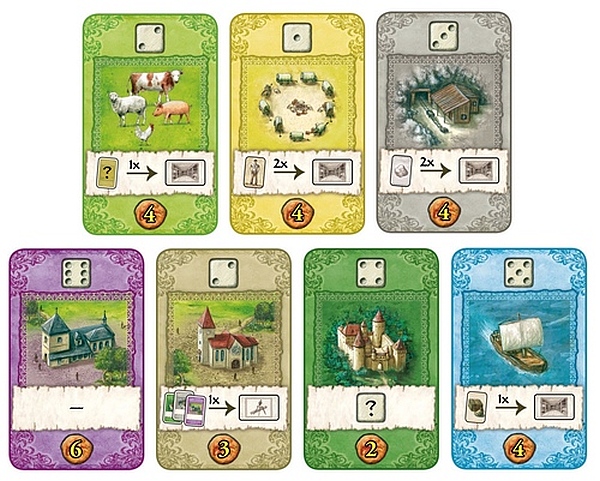 Another Euro that aims to maintain the strategic elegance while condensing into a card game.

The board gaming renaissance era of Stefan Feld is getting dealt a new lease of life with Ravensburger re-implementing The Castles of Burgundy into a card game to be released in April/May of this year. Advertised for 2-4 players and playable in around 20-45 mins, Castles of Burgundy: The Card Game returns players to the Loire Valley where they will do everything for points, including farming, exploitation of local resources, trading and property development to having bragging rights to the most prolific estate in France. Keeping with the art style of the original title, we expect this to join the line of condensed classics that the industry has seen of late.

Local South African board game designer Rob van Zyl has seen the expansion to his critically praised Ancient Terrible Things, arrive to adventurers via boat to take them off to undiscovered locations in The Lost Charter. The expansion to our favourite pulp-Cthulhu-Yahtzee-set-collection game sees the addition of Revelation dice as well as more Feats, Swag, Locations and all that good stuff. A great edition to the original and if you haven’t played that yet, you can get the 2nd Edition of the base game at your FLGS. 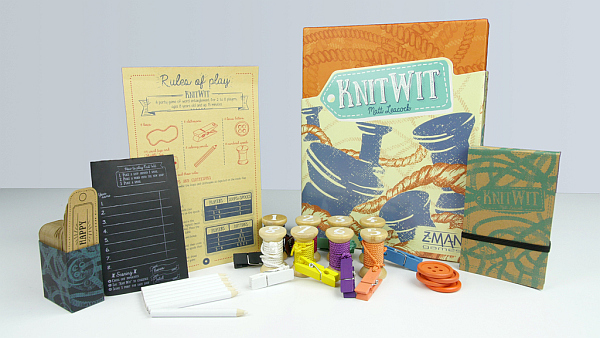 I’m feeling like a Knit-wit trying to make sense of what story this game will weave.

More exciting than the hipster sweater you got for Christmas is the announcement of Knit-Wit from Matt Leacock and Z-Man games being published in just 2 months, which is less time than your grandma may have taken to knit said sweater. Before I trip over this thread and end up with a mouth full of yarn, the official release states:

In Knit Wit, you craft your own word categories using loops and spools, then find playful answers that match as many categories as possible. The more categories you match, the more points you score! Who will be quick enough to grab the bonus buttons? Every point counts when victory hangs by a thread!

As you can clearly see, the game sports actual clothes pegs, spools of yarn and buttons… It’s a party word game for 2-8 players with bonus buttons, elements of looping words for points, multipliers and by the sounds of it the ability to challenge other players on their decisions calling them Knit-Wits! We’ll have to wait to see whether the game is tailored to our needs but it seems there will be little cooperation to see who pegs first place. 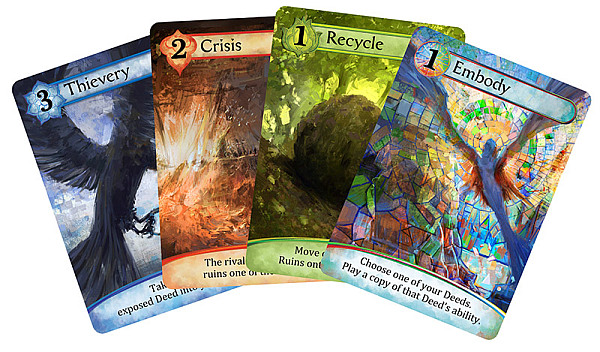 Karma has always been a factor of my board gaming experiences. When I’ve betrayed people, like Lando Calrissian, I tend to suffer the consequences of my actions in later rounds, subsequent games or even gaming sessions that have yet to come due to my reputation. In Karmaka, a tactical card game of karmic balance and multiple lives, players will need to score points to achieve Transcendence whilst delaying others spiritual fulfillment. From the creators of the indie video game “Osmos”, Karmaka has some of the most beautiful art I’ve ever seen in a card game (even comparing to Ashes) and features innovative card banking for future lives and karmic balance by allowing players affected by attack cards to claim them into their own hands in retribution. At only $25 (R420) + shipping this is a looking to be an innovative award winning game for 2-4 players.

Minion Games is threatening to wipe out the planet again with its spiritual successor to The Manhattan Project which was one of the first Kickstarter success stories. In Manhattan Project: Chain Reaction, players will ensure the supremacy of their small nation by being the first to construct 10 kilotons of bombs and frightening all opponents into submission. By playing multiple use cards, you’ll decide whether you want to recruit specialist workers with these cards, or rather play them to gather the requisite resources needed to construct the destruction devices. Playable in 20-30 minutes, and at only $15 (R430), which includes shipping, this may be the game to destroy your colleagues with over lunch. 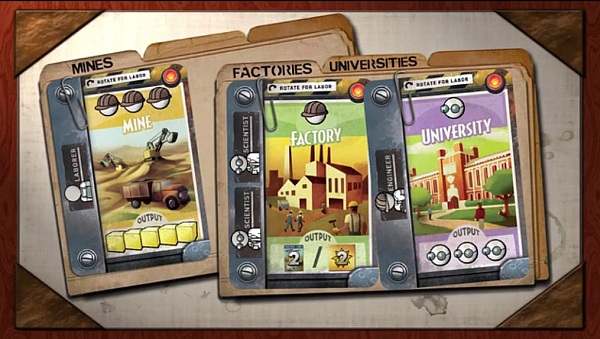 Never has stockpiling nuclear weaponry appeared to be as streamlined or fun!

Much like the boats onto which you must load your goods the games of Reiner Knizia, in this case Medici, will keep being republished for board gamers in waves. A new updated version of Medici will include updated art, and a 2 player rule set but the same core mechanics of bidding for goods to get sets to return higher profits. Published by Grail games, at $50 (R826), including shipping, Medici will bring back older version of training the Mediterranean before the Voyages of Marco Polo.

Awaiting approval in the iOS store is the second news item which relates to Matt Leacock, the debut of Forbidden Desert on the Apple Store. Forbidden Island proved a popular app with many cooperative game fans and by the looks of the screens seen online, Forbidden Desert will look to continue the digital success of his games. 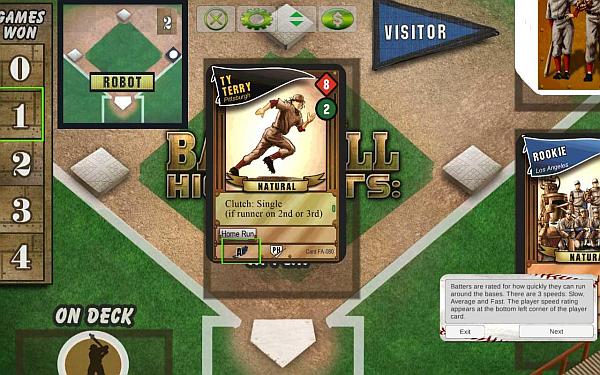 Even though I dont understand Baseball, the mechanics of this game seem to hit a home run with me.

For Android users, you can now get Baseball Highlights 2045 from the Google Play store to assemble your ultimate team of cyborgs and humans to win leagues, trophies and cups. As a South African my baseball knowledge is limited, however, from what I’ve seen of the physical version mechanics and presentation I cannot wait to pick this up after it gets approval on the Apple Store.

Lastly, thanks to @425Suzanne for the heads up on the price reduction on Martin Wallace’s Brass on the iOS store, down $2 to $4.99. If you enjoy Euro’s at all, pick this up.

Tomorrow (22nd January 2016) we’ll be announcing the winner of the Star Realms competition so if you havent entered yet, this is your last chance! Paul also wrote an excellent piece on Above & Below from Red Raven Games, which is one of the best gateway hybrids we’ve ever reviewed on Cardboard Quest so make sure to give that a read. Lastly, Jason got to review Star Realms which is one of my favourite head to head games to introduce muggles to the magic world of board gaming with a price that borderlines on criminal.

Next week we’ll be getting putting on a cultural show in a review, delving into the depths to avoid Skaven and keeping you up to date with the rolls of the board game industry!