While Jason danced to the themes of GAMA time last week, I’ve been having my ears filled with the familiar sounds of the classics this week. Some week’s it’s just great to hear the classics get a new beat or have something familiar shown to you in an entirely new way. Much like in the way that Jason will be spending all of his evenings working on the new look and feel for the remodeled CBQ site, we’re looking at a few excellent examples of restoration and re-theming this week. while this video will never have you listen to NIN in the same way again, sometimes mixing the classics creates something for a new audience.

If you’re looking for the next game to be in lesbians with, Gloom creator Keith Baker has teamed up with comic creator Bryan ‘O Malley under the Renegade publishing umbrella to bring us Scott Pilgrim’s Precious Little Card Game. So if you want to get sad thinking about death and stuff or want to play with Knives you’ll need to decide on how you want to build your deck and play dual use cards either to be responsible and adult like or to strike some chords of fury to deal good old fashion comic violence to defeat the Evil Ex’s in a unique deckbuilding game for 2-6 players. When this comes out later this year we’ll order the vegan edition as it’s just… well, better. 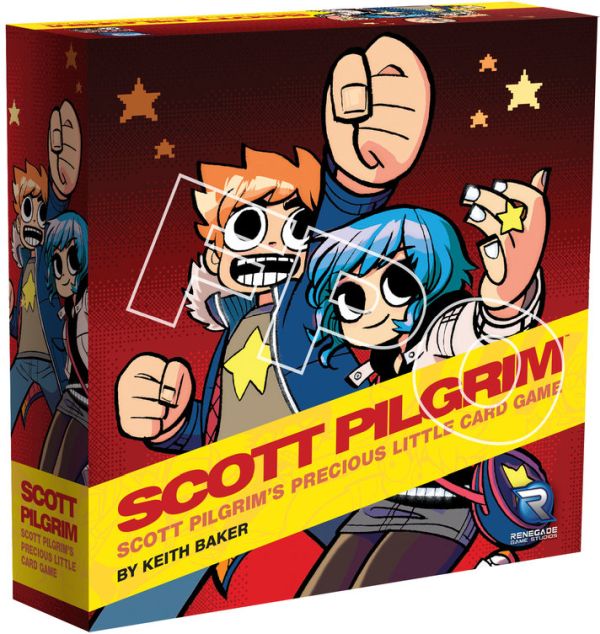 Hasbro with Monopoly has two bits of news which show that the classic title may take a little longer to end up in jail than initially thought. Regular Monopoly will now welcome the Tyrannosaurus Rex, the Penguin (sadly not Batman’s Penguin but I’m sure licensing issues played a part there) and the innocent Rubber Duckie.  While that won’t change the game in the slightest, we’ve also seen the announcement coming in from May that we’ll be getting a Queen Monopoly version where you’ll be able to play as the hammer or the bicycle. In this verison of Monopoly, you’ll be collecting iconic symbols on the way to journey with the band to the height of their musical careers… wait who are we kidding, it’s Monopoly. Nice try Monpoly with your Sexual Tyrannosaurus and Freddie but we know you’re still an Iron underneath it all.

Van Ryder Games have caught my attention with a game from Evan Derrick (creator of the criminally underrated Dark Moon) with art from Vincent Dutrait called Detective: City of Angels. While our killer has barely left a note regarding his intentions to hold our wallets hostage, we have heard that it’ll take all of our detective knowledge to outsmart the Chisel, a player whose aim it is to misdirect us from the evidence we need to close the case. Detective looks to introduce an amazing adaptive response card system that allows the Chisel to provide the answers from witnesses to detective’s either truthful or falsehoods to lead the detectives to waste time on the case. Is the witness lying and you push them harder to get what they need or will you push them too far, giving the Chisel the edge? Multiple cases and inspired by Rockstar’s LA Noire? Sign me up to walk the beat. 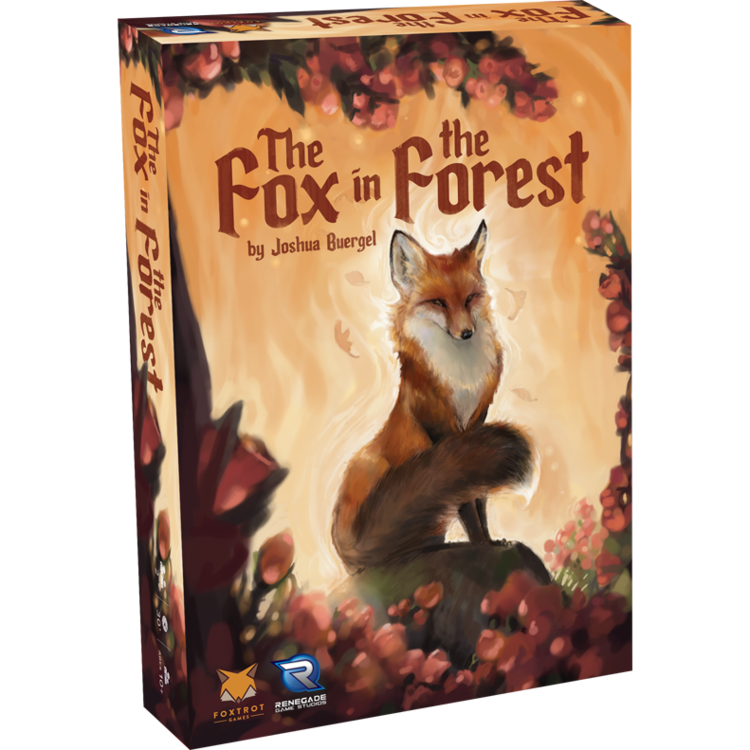 Renegade Game Studios and Foxtrot Games together might not mean all that much to most, but considering their previous co-published efforts include Lanterns and World’s Fair 1893, I’d consider any new announcement from them to be noteworthy. In this instance, it’s The Fox in the Forest by designer Joshua Buergel, a two-player tick taking game. Beautiful illustrations and and special abilities that allow players to change the trump suit or even lead after losing a trick promise to put a fresh spin on this very popular mechanic.

Restoration Games (Rob Daviau & Justin D. Jacobson) have got their first game on Kickstarter, the electronic wonder board game of the 70’s called Stop Thief! In this game, players will take on the roles of unique detectives who need to corner and collar criminals to get the reward and once you reach a certain threshold of Moola, you win the game. In each game, 2-4 detectives will use an app to listen for clues to where the robber is. In the street, you’ll hear relevant noises or if he’s jumped through a window you’ll need to pick that up in the audio. Should you be on the space you think the thief occupies, initiate the arrest to see if you’ve got your guy… or gal. While an older game from years gone by, Restoration games have put on one of the most beautiful coats of paint I’ve seen an older game set and the app, and new additions to the game play elevate this into what looks to be a family game masterpiece for future generations to enjoy.

Speaking of family games, if you go down to the Kickstarter Woods today, you’re sure for a big surprise! In the Grimm Forest from Druid City Games, players will play nephews of the famous Three Pig Builders (who were little of course) and aim to build three unique buildings first by collecting resources and outsmarting your opponents with Fairytale cards. In simultaneous action selection, Piggies will decide where they will go to gather the resources they need to build and should they be the only piggy at that location, they’ll get it all but should they choose the same area as another, they’ll need to play nice and share. However all is not always fair in the fair-y tale world (it was a stretch I know) and you can use story cards to give yourself more and others a little less. Beautiful production values make this a piece of eye candy on any table that children won’t be able to resist. Now where is that recipe for Infant Stew… 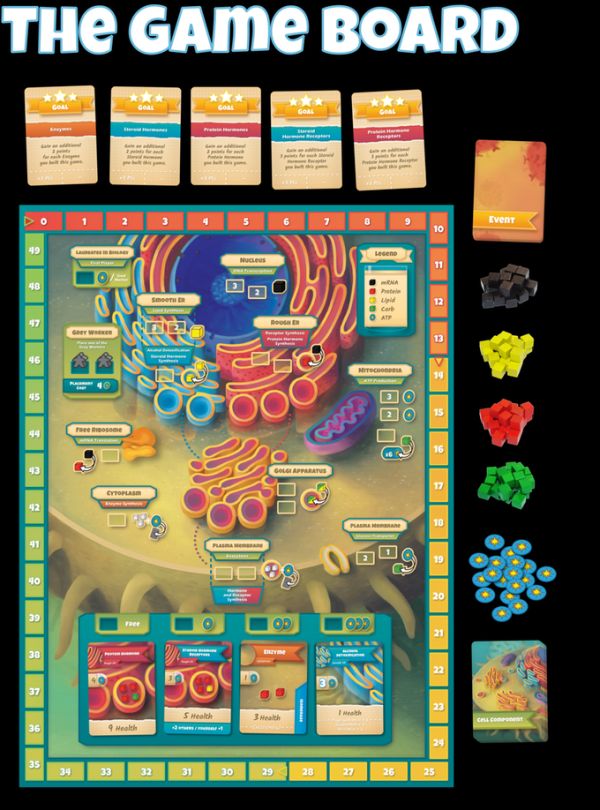 Lastly, with an award from Stonemeier Games for the Highest Rated Game at their 2016 design day, Cytosis: A Cell Biology Board Game is already funded on Kickstarter and will have you  collecting necessary cellular resources from the nucleus & mitochondria for build Hormones, Receptors or Enzymes to score points through an engaging worker placement mechanic. With interesting new mechanics that culminate with end game goals for your body for 2-5 players, each copy of this Kickstarter will also include the virus expansion (not something a healthy person would usually want)  that will have you defending your cell from the persistent virus attacks and maybe even keep you prepared for the local winter.

Well that’s all we got for this week, speaking of diseases and how they can affect our future lives, Paul may have to give us all a treatment later this week. So spend some time around the table this weekend and good gaming all.