The con is up! *clears throat*. I mean, the convention season is over with the end of Board Game Geek Con this last weekend. With its comprehensive library of over 3000 games that convention visitors could play and some of the best organised playing areas, it’s definitely a convention that Cardboard Quest would love to attend in upcoming years as we grow. For now, we’ll plan as far as the next week of content with an interesting exclusive hopefully on the horizon and Jason analyzing his red space dust as he prepares for tomorrow’s review. In case you missed it, Paul wrote an excellent piece on Medieval Academy on Monday that any drafting game fans should definitely give a read. 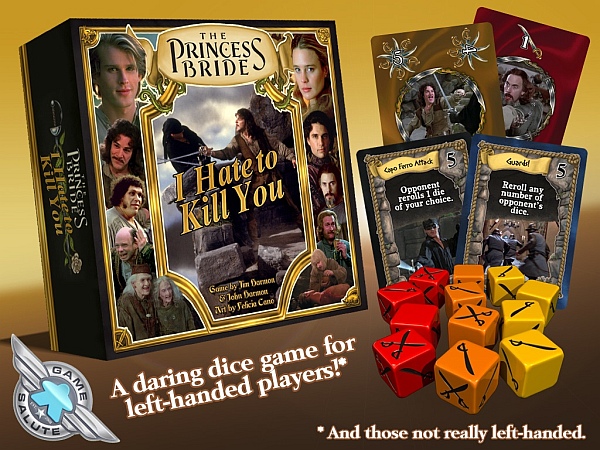 Who says life is fair, where is that written? – William Goldman

In Kickstarter news, Mayday games is preying on the nostalgia of 30 and 40 year old board gamers with their latest project, Princess Bride: I Hate to Kill You. While it’s inconceivable that this project will not be funded, and I’d hate for it to die, the truth be told it appears to be a very simplistic dice rolling combat game. The rules can be found in 4 pages, which can all be held in 1 hand by a person with 6 fingers and this title is one of a myriad of micro games that as a whole make up Princess Bride: The Board Game. No matter how the game turns out, remember that being murdered by pirates is good.

Secret Hitler is an interesting social deduction title where having screams of “fascist” around the table will not be the end of a seasonal family meal. In this title players will each receive secret identities, either Liberal of Fascist with the former attempting to discover which player is Hitler and kill him and the latter attempting to elect the Fuhrer to the position of Chancellor. Each round players are elected as President and Chancellor and together will pass laws after drawing random law policy cards. Laws are either liberal or fascist, with 5 of either type of law being passed cementing political domination and victory for that party. With special powers dependent of types of laws passed, this looks like an interesting twist, albeit with a theme flying very close to the flames of sensitivities. 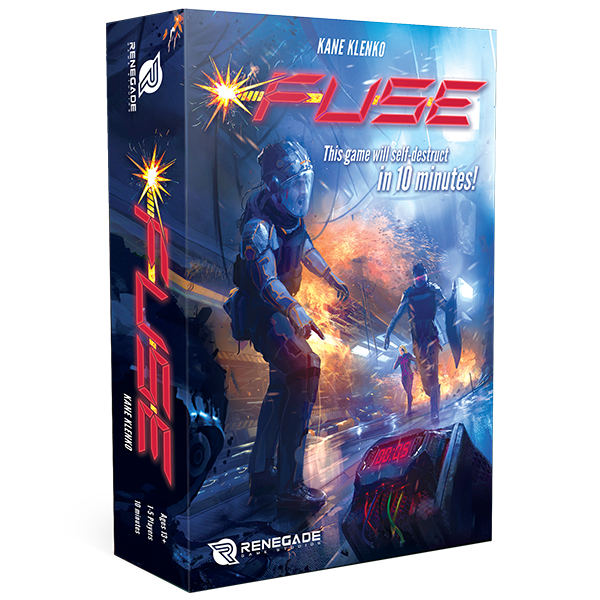 Speaking of heat, fresh from the reports delivered from BGG Con, Fuse is ticking a lot of boxes as we get closer to the season of wallet detonation. In the latest title from Renegade Games, players will need to cooperatively roll dice and place these dice on cards in specific combinations to defuse a number of explosive devices all within a 10 minute time period. Dice are all rolled together, and then players need to delegate which die goes to which player to defuse their bombs, of which 20 need to be completed by all players within the time limit. Just to add to the mix, occasionally cards will be drawn that force players to send dice back from their defusing configurations to the bag, possibly making them restart a particular bomb defusal process.

Lastly, coming out this week we have a couple of expansions in stores. Colt Express: Horses and Stagecoach which adds… well horses and a stagecoach. Horses allow the bandits to move quickly between carriages of the train and grant access to the stagecoach, which is filled with hostages, but guarded by well… a guard. Hostages will give additional money from ransoms, but come with the cost of a hindrance for the game. Abyss: Kraken also arrives in stores this week with black pearls for you to buy your political influence underwater. Much like corruption in Lords of Waterdeep, black pearls give great power but come at a cost if you are the ruler with the most corruption at the end of the game.

This Kraken mini may well rule the kingdom of my desk in between political scuffles.

That’s it for the news this week. Let us know what you’re looking to get for Christmas this year or maybe ask in the comment section what would be a good gift for someone special. We’re waiting to see what’s in our stockings, most likely a lump of coal that we can use in one of our Euros…