Expectations are a slippery commodity – regardless of how seldom they’re met we still embrace them with the warmth of an old friend, even though we know he’s just going to eat half of the fridges contents, stay for longer than is convenient and leave without so much as a thank you. Whether they’re expectations for a certain political outcome (doomed, we’re all doomed), that a certain anime adaptation might actually be decent (spoilers, it’s not) or that a much vaunted boardgame will actually prove as good as it looks.

To be fair though, boardgaming doesn’t disappointment me nearly as much as the real world does, so I’m happy to spend my weekly quota of expectation daydreaming about the kind of old friend who makes you dinner and cleans up after himself. 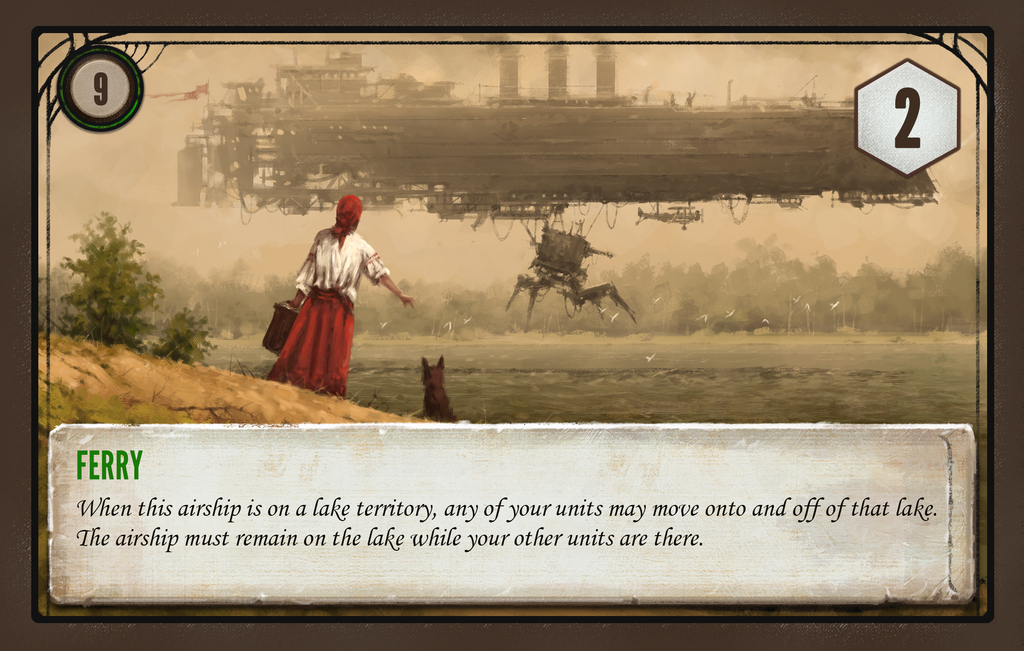 Kicking off this week’s news, can more Scythe stuff potentially be a bad thing? It’s safe to say gamers have generally become slightly more skeptical when it comes to announcements around Stonemaier’s award winning behemoth, and the response to the news of a new expansion has been mixed. Big thumbs up for The Wind Gambit’s new Resolution module which changes the end game conditions, but the Airships module has been greeted less eagerly. The movement mechanics are unnecessarily convoluted for some, so increasing the complexity of that aspect isn’t ideal. I love Scythe, so I’ll just go ahead and reserve judgement for the moment.

Evolution doesn’t get nearly as much play from my shelf as it should, but I’m grateful that there’s enough love for it to see additional content at a fairly steady rate, and now North Star Games is developing a standalone that takes the framework and submerses it. In the ocean. Nick Bentley has a nice summary up here, and will be posting insights into the game’s development every two weeks going into GenCon. You can even vote of the eventual title. 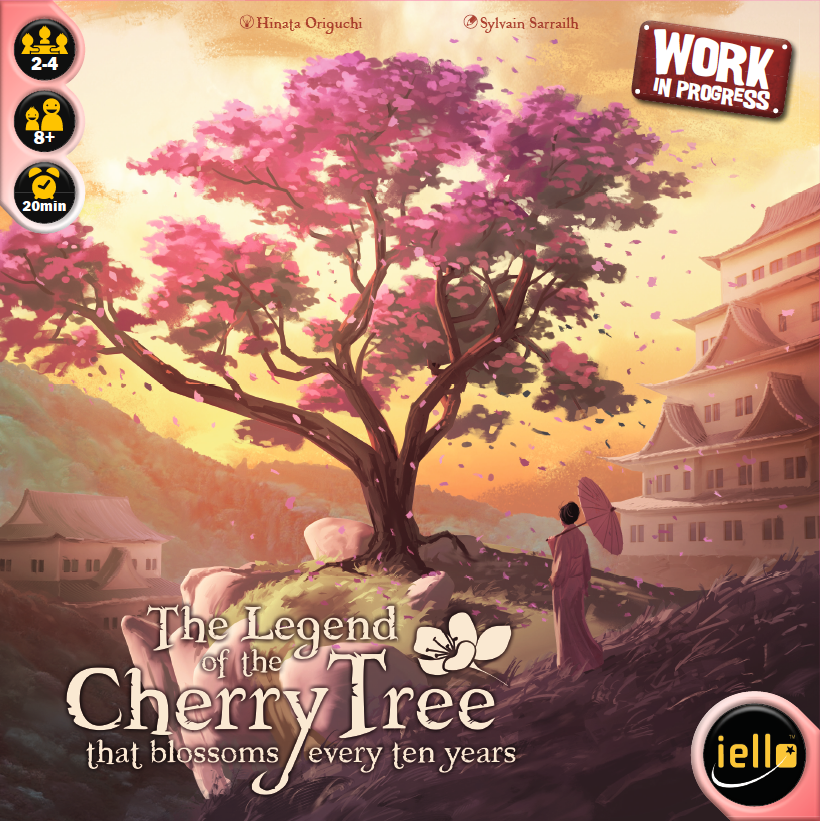 Iello are certainly not faltering in their grip on the ‘consistently best box art’ title, and the next three titles in their lineup are in keeping with the status quo. The Legend of the Cherry Tree That Blossoms Every Ten Years is a quick playing 2 – 4 player card game melding press your luck and set collection, while Sticky Chameleon is a Q3 release in their every expanding family lineup. Lastly, Ninja Taisen is a Japanese port and falls into Iello’s mini games line, which since that line includes Welcome to the Dungeon and Schotten Totten is pleasing news indeed. 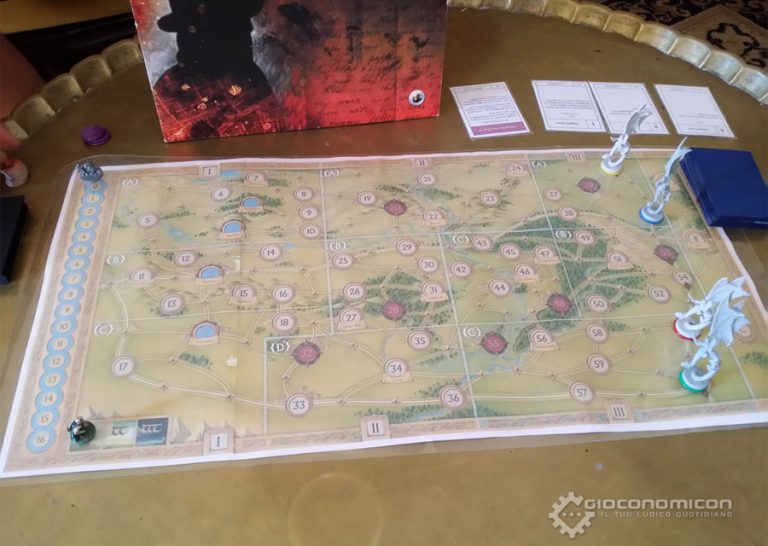 It feels as if it’s been quite some time since Lord of the Rings got some boardgaming love, and in due course Ares Games has stepped into the gap and announced the next title in their War of the Ring line, namely Hunt for the Ring. Think Fury of Dracula, only that Drac is in fact Frodo, and the noble hunters are now the rather insidious Nazgul. Interesting, the game will play over two different ‘chapters’ that each have their own board, with one chapter allowing the Frodo player to choose their movement, whilst the second forces the hobbits to use movement dictated by card draw, and the Frodo player then controls Gandalf attempting to divert the Nazgul’s gaze. We’re certainly very intrigued! 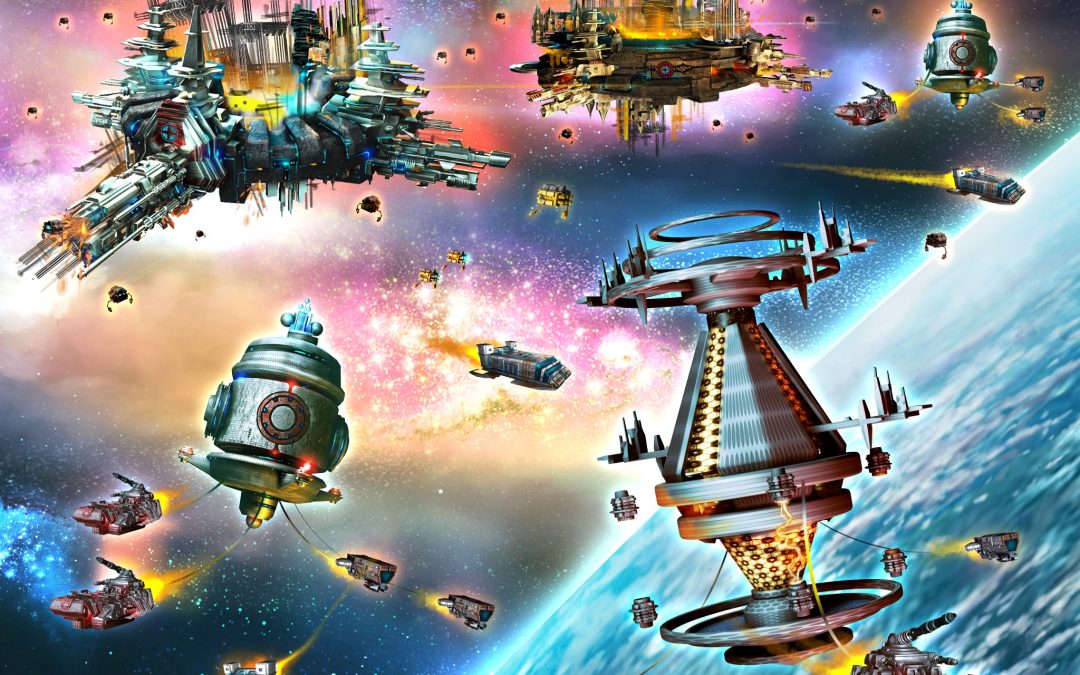 Star Realms fans certainly can’t complain that White Wizard doesn’t look after them, and the latest expansion pack aims to really shake things up. Scenarios! introduces 20 new scenario cards that essentially change the rules of that particular game. Shuffle, flip and perhaps for the duration of that game, new ships go on top of their decks instead of the discard pile. This expansion will also include variations for selecting a scenario, such as a draft elimination style pick. 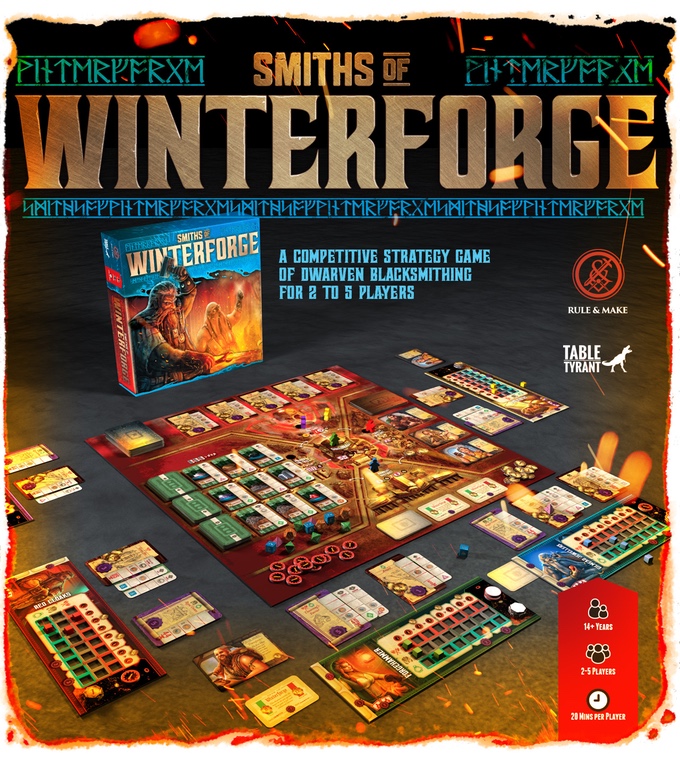 You’d think that boardgames set in a fantasy universe about the art of smithing would be few and far between, but you’d be wrong. And joining the fray is Smiths of Winterforge. Six legendary guilds of Winterforge compete for the blessing of the royal family in this competitive strategy game for 2 -5 players, that will throw obstacles in your path such as ensuring you hire the right crew and sourcing the best raw materials. 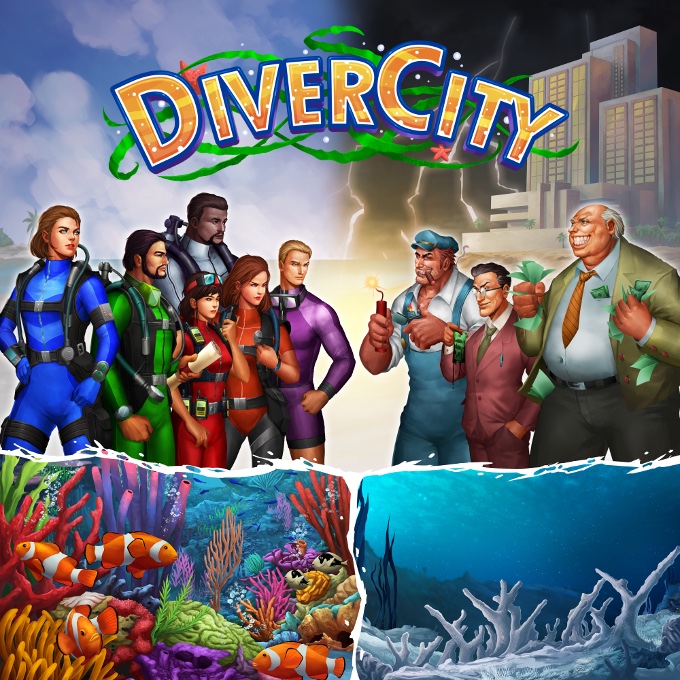 I always enjoy being able to post about themes outside of the norm, and DiverCity is no exception. Aside from the clever name, it refreshing to see a game rooted in environmental concerns – in that instance it’s about working cooperatively against industries that threaten coral reefs. Maxime Tardif is also the designer behind the successfully Kickstarted BrilliAnts, which shares a similar exuberance of colour. The game uses an unusual movement system, with miniatures that have bases which rotate between two states, above and below the water. No shipping direct to South Africa though, which is disappointing.

It also wouldn’t be a proper week of news without a very ambitious Kickstarter project – stepping up to assume that mantle is City of Kings. On the surface, it may seem like a generic cooperative fantasy adventure boardgame, but upon closer inspection certain words pop out seductively – worker management, 10 000 000 uniquely generated creatures, dice free combat. The game itself is not dice free, with 15 custom dice for gathering and scavenging, but it also includes 60 map tiles for dozens and dozens of unique map layouts, 6 characters that can be customised in a myriad of ways, and all of this takes place over 7 different narratives.

Lastly, you’d be foolish not to make a turn at Saturday’s Timeless Board Game party, and if you’re in Cape Town and Destiny has made an appreciable dent in your wallet since release, let the denting continue at the Spirit of the Rebellion prerelease hosted at Quantum Gaming and Battle Bunker on Sunday, ask your FLGS if they’re also hosting! And it’s monthly all-nighter time at The Big Box Cafe!

Content has been a tad quiet this week as we’re hard at work on the new site launch, but we’ve got hotly anticipated content in store for next week. Until then, good gaming all!