Convention season is upon us, and that mean a plethora of news will be coming out over the next coming weeks, and we’ve already got a couple of leaks that will cause shivers during the night. Origins is just 3 weeks away, probably our first launch event for major new titles in 2016, and we’re hoping it will reveal more information on the major releases of the year, like Seafall and maybe even 7th Continent! Besides conventions, it’s also time for Games to be awarded for their brilliance in design and already we’ve seen the biggest European game awards nominations announced. And with this… we start the news! 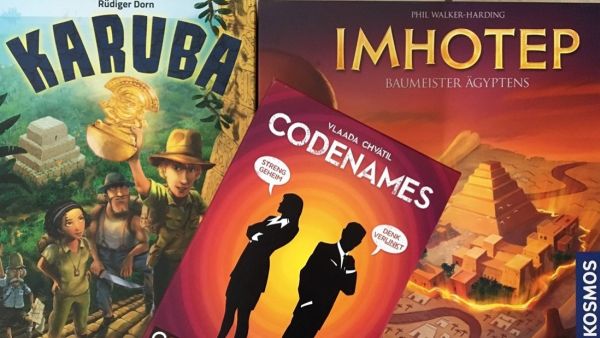 To almost nobody’s surprise, Vlada Chvatil’s Codenames was nominated for the 2016 Spiel Des Jahres along with Karuba (Rudiger Dorn) and Imhotep (Phil Walker-Harding). Famous for games that are accessible to new players but with a touch of depth for gaming veterans, it’s difficult to dispute Vlada’s masterpiece as the favourite for this year’s award and you’re welcome to read our praise in our Codenames review. The Kennerspiel des Jahres nominees were announced at the same time, with CBQ favourites Time Stories and Isle of Skye, both getting the nod from the judges but it’s hard to see them winning against the juggernaut that is Pandemic Legacy: Season 1. Congrats to all the nominees and all of those are sure to be great games on your shelf. 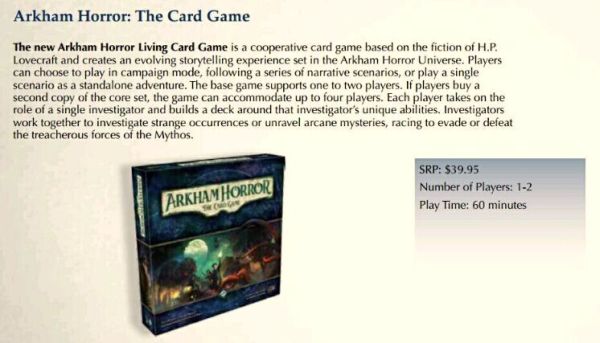 To other massive surprises, we saw a leak or an amazing hoax in the form of the possible Arkham Horror LCG coming out from Fantasy Flight. From a short leaked blurb, it would follow similar mechanics to the Lord of the Rings LCG which is rumored to have its current licence agreement ending in 2017. Without FFG having the licence for the Silmarillion IP, they may have done all they can with this IP and want to integrate the amazing mechanisms into the Cthulhu World. This has got me excited, although I found little affection for the LOTR variant. We’ll have to wait till Gen-Con to see if its true, but I have a lot of love for every game that gives us all more H.P. Love. 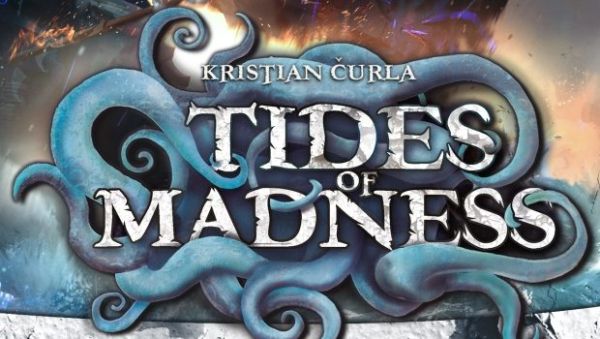 Tides of Time will get the expansion: Tides of Madness. Jason is the only one in the CBQ team that’s managed to get some time on this, so we’ll need to bend his ear to get the expansion. Grabbing more powerful cards will also apparently take you to the brink of sanity, so players will need to balance the desire for greatness with the rational requirements of a winning hand. It, and many other amazing titles will be distributed at Gen-Con, making me want to buy that ridiculously priced ticket even more.

Q3 will be delivering more Cash & Guns from Repos Productions in a new expansion called “Team Spirit” which will inherit a lot of mechanisms from the first edition versions “Yakuza” expansion. Instead of all for 1, loot and deliberations of who will be staring down the barrel of the gun will be made at a team level, with what would appear to be team victories and an interesting new twist of the life of a gangster. Post Gen-Con, maybe close to Essen release but for those who love pointing foam guns at their friends there is little reason not to drop some loot cash!

In local South African board gaming news, Skycastle, Blowfish and Boardgames.co.za have announced their merge to form SolarPop Distribution as of June 1st 2016. While the little guy may be taken aback with initial thoughts of Monopoly, with a centralised distribution and the ability to consolidate orders, SolarPop may (in its best possible form) mean cheaper prices for consumers at the end of the day. We’ll monitor this development, but want to remain optimistic for what this can mean for gamers in having better service from the experiences of three different companies’ growth in South Africa.

Personally, I’m flummoxed as to how Rooster Teeth (famous video game media creators) are able to produce what can’t be seen as anything but a clone of Cards Against Humanity and are still able to raise over a Million dollars for ironically the game: Million Dollars, But… The Game.  I wont provide the discourse as to why I think these games are awful (feel free to message me on Twitter if you want to know) but I’m confused as to how each and every one of these clones, such as Crabs Adjust Humidity, and others get funded with the same #$#@%^. Anyway, it’s funded and if you’ve run out of CAH cards, check it out.

Dice Towers are fantastic things. the guys over at Moroz Publishing have created some amazing dice towers, from a Sci-Fi tank to a Orc Totem and finally a White Castle version of Dice Towers. Pressing levers will plummet your dice to their fate and earn you either glory or abysmal failure with each roll. Made from HDF (high density fibreboard) each of these can be painted to depict your own individual tower of chance. Shipping is cheap and its sure to turn heads so make sure you take a look at these fantastic towers. We’d love to review one but until then be sure to think about supporting these enterprises.

If PVP Miniature games are your thing, then prepare to haul with LOAD: The Board Game. While Kickstarter campaigns have been famous for some high quality miniatures, these are some of the most impressive I’ve seen on this scale. Incorporating MOBA elements of three lanes, Heroes of Atlantis (Humanity’s Last Bastion) will face off against the forces of Chaos in a battle for supremacy. With great art and an interesting premise, I’d like to see it succeed but after what I saw in Rum and Bones, I’m not convinced that the translation from MOBA to board game is a fitting one, but for a $100 pledge you’ll get a ton of value in a single box with the early bird still open. Check it out if these types of games interest you. 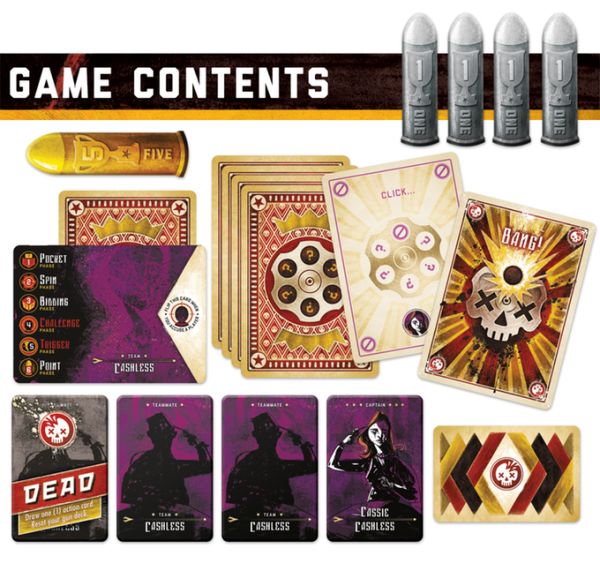 Lastly, from the team that brought you Two Rooms and a Boom, we get Anthony Burch’s World Championship Russian Roulette. In this simultaneous play bluffing game, you’ll be trying to store away the bullets, while competing to keep yourself alive by bidding sensibly on how many times you can pull the trigger and stay alive. With a little cheating and trickery you may survive while getting caught might give the other team a headshot. I see this as a kind of embellishment of Skulls which is a great party game that can get everyone involved. Anthony Burch is a brilliant man, in my opinion, and I cant wait to see what he brings to the table… literally.

Castle of Mad King Ludwig is live…. and apparently excellent. I’m yet to get my hands on a copy as I always felt Suburbia was the superior game (Ed: Let it go Stuart). It has a fully functional single player campaign and has everything you’d want to be able to build and score your own Walt Disney Castle.. Available on iOS and Android. 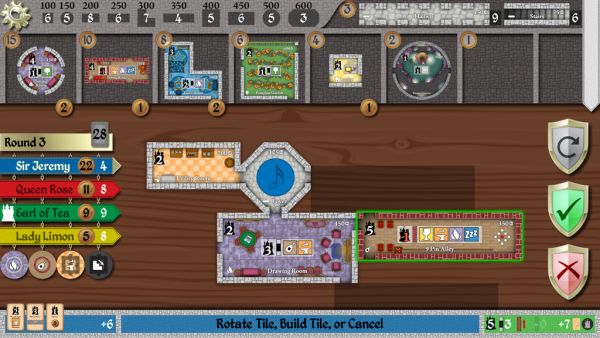