Tags:Betting, Camel Up, Roll and Move 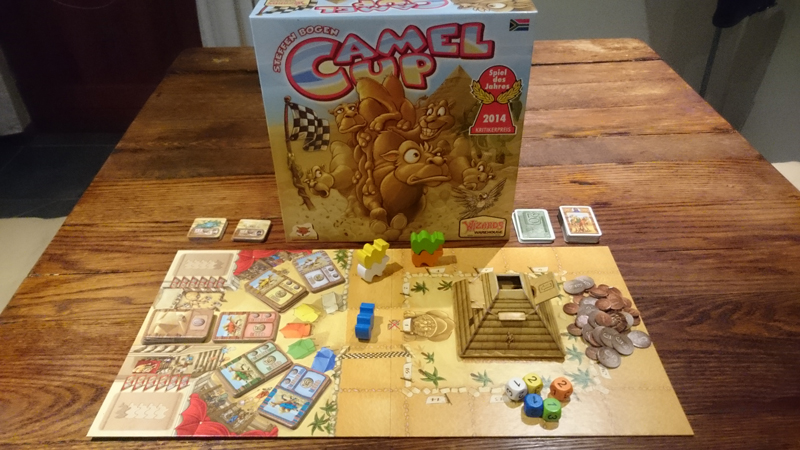 Camel racing. I Googled it, it’s a real thing. And it seems to be more popular than Camel Wrestling (which amazingly is also a thing).

Popular in specific Middle Eastern countries and Australia, Camel Racing is a sport that is seemingly geared towards betting and tourism. And it’s the latter that forms the base of gameplay for Camel Up.

In Camel Up, each player is a member of Egyptian royalty with the ability to place bets on these camel races – both on who will win and who will end dead last in the race. Some of you might be thinking that doesn’t sound too exciting, but wait until you experience your first game and you see how quickly positions can change, with players scrambling to change their original bets.

At times Camel Up can be a sandwich of absolute unpredictable madness filled with a storm of chaos. Then lovingly toasted in mayhem. But then that is what it was designed to be, and that isn’t at all a bad thing.

FUN FACT: Camel Up is the last 2014 Spiel des Jahres nominee that I had yet to review for CBQ (see my Splendor and Concept reviews). Let’s fix that.

The aim of the game is to end with the most money, with the currency here being “Egyptian Pounds” (EP). The game takes place over several legs, as many as it takes till the first camel crosses the finish line after a single lap around the track. A scoring phase occurs after each leg, and also at the end.

With the game fully set up, it’s quite a site with the obvious focal point being the dice pyramid. This is the tool you start the game with, and also end each leg and then the entire game with. Why? Because inside this pyramid are the dice that each camel’s movement is decided with, marked with 2 each of numbers 1-3. At the start each coloured die is rolled once to determine the starting position of the camels of matching colours. Each player also receives 3 EP to kickstart their scoring. 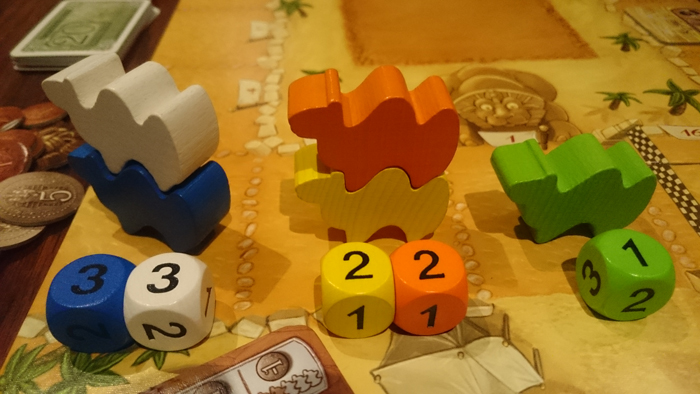 The game starts! Each die is rolled to decide the starting position of the camel matching the die’s colour

In a single leg players take turns to take 1 of 4 actions, until all the dice in the pyramid have been used. That means no further movement can occur on that leg.

NOTE: When multiple camels occupy a single space, they must be stacked. If the bottom camel in a stack has to move, then all the camels above him also moves. 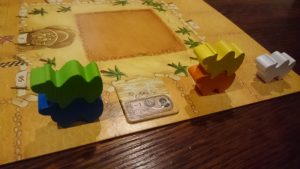 From this position, White rolls a 2 to land on the desert, which will move him 1 back. 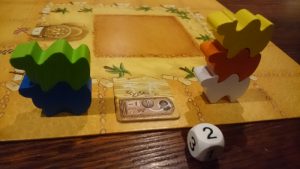 When pushed back, the camel will always be placed at the bottom of a pile. 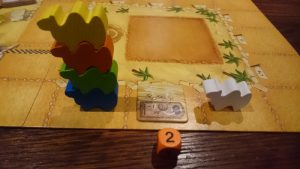 Orange rolls a two, taking Yellow with him to land on the leading pack. Yellow is now in the lead.

When the last die for a leg has been rolled, points are then tallied up for the following:

The game ends when one of the camel pieces crosses the finishing line, and then scores are tallied up. 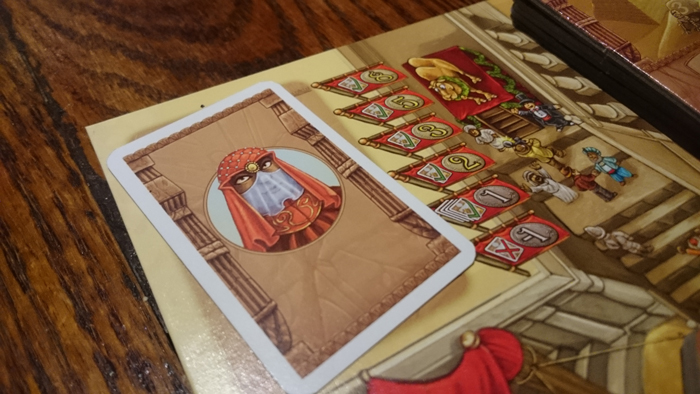 This player bet on the race winner first. If correct, he/she will receive 8 points at the end of the game.

And that is essentially Camel Up.

Every Camel has his (Hump) Day

How does Camel Up perform?

The components are generally top-notch. The board is nicely laid out and colourful, and tiles and cards are of a similar high-standard. While the dice pyramid could be considered slightly gimmicky, it does work wonderfully with the game’s theme. It’s also such a key component, being responsible for the main highlights of each race as it dictates the movement of the camels. For each die roll all players are waiting with baited breath to see how it will influence their next move

After the first reading of the rulebook, the betting mechanism comes across as complex, but after one or two legs you’ll have the hang of it. Camel Up is a light game, easy to understand and play, though I recognise that it could be considered a bit too light by some. It’s an experience that evens up the game for established and novice players – anybody can play this game almost immediately and win, and that might annoy a large section of gamers.

There is a level of disconnect between players and the camels, an aloofness born from the fact that a player has no personal connection with a specific coloured camel. You’re there to simply bet on the winner and loser, and you can change your mind about those as much as the camels change position.

For me, winning is not the main aim of Camel Up. It’s in viewing how a chaotic puzzle unfolds with the positions of the camels changing so swiftly thanks to the movement mechanic. A camel in last position towards the end, can by the luck of the die gain places easily and be carried over the finishing line and win the race. It’s happenings like this that creates some of the many feel-good moments this game offers. Camel Up is about making impossible odds possible. And that’s amazing to see.

That’s not to say that the game offers no strategic decisions to make. Ultimately the game is about timing. You’re trying to predict the outcome of a race as soon as possible to score the most points possible, but how soon do you make that decision? Do you try and guess leg winners early to grab higher points? With so much to still happen you’re taking a big risk. How early can you be that sure who the winner / loser of the race will be?

A fun game that is sure to go down well especially with new gamers, families, or people just looking for a quick and fun gaming experience.

Fun fact – did you know we have a localised version of Camel Up in South Africa? It’s co-published by WizardsWarehouse, who kindly supplied the demo copy for this review. 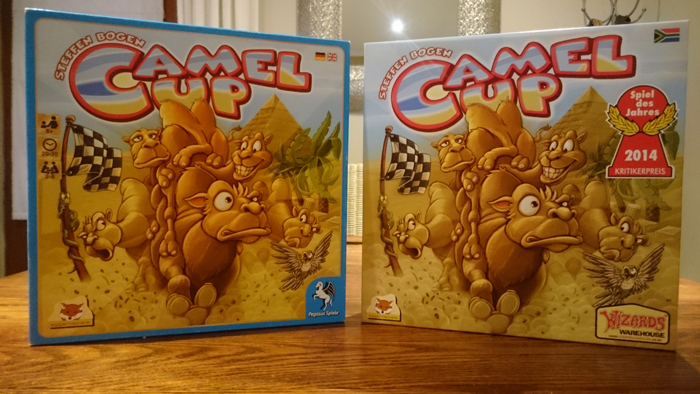 There are no differences in the two versions regarding components (so current and future expansions are compatible). The only real difference is cosmetic, namely the box covers. The later version sports the Spiel Des Jahres 2014 award logo, a South African flag top right, and the local co-publisher logo.

Tags:Betting, Camel Up, Roll and Move

Loving it. The constant chaotic action keeps all players engaged even when it's not their turn. A worthy winner of the Spiel Des Jahres, and also of a place in your family game collection, and a game I'm looking forward to playing in the upcoming Winter months.