Welcome to Cardboard Quest, where all the opinions are made up and the points don’t matter. After that opening line, I’d like to credit Drew Carey and “Who’s Line is it Anyway” so that we don’t get sued within our opening weeks. Yes, this is the launch of the pet project that a couple of passionate board gamers have toiled over for months and the fact that you’re reading this means we’ve finally managed to get the double 6’s we needed to leave the starting area. It’s a great start but that deck of newsworthy topics will require a large supply of words and hours for our writers to score enough victory points to get to the next level..

But wait, this isn’t a review or feature or even a long winded tale from Paul Nain about all the things we’ve played, this is the part where I tell you the rules of the site and how to win! Each week, contributors and editors need to bid on the story track to enable them to write different stories for you, the readers. There are news spaces, that allow writers to tell you all about what is happening in the world of board games and card games, as well as breathtaking videos you may have missed, bargains to be found and releases that will be invading your stores. Writers can also place their player token on the features spot, which allows them to research spells to stop alpha gaming in your group or to uncover the formula to the perfectly balanced gaming library. Bidding on the Sessions space allows writers to report on their gaming experiences, possibly to relay tactics and guides or simply to sing the tales of glorious victories or crushing defeats lyrically. Lastly reviews, well I don’t have to explain all the rules to you do I? I’m sure you’ve played with similar sites before. 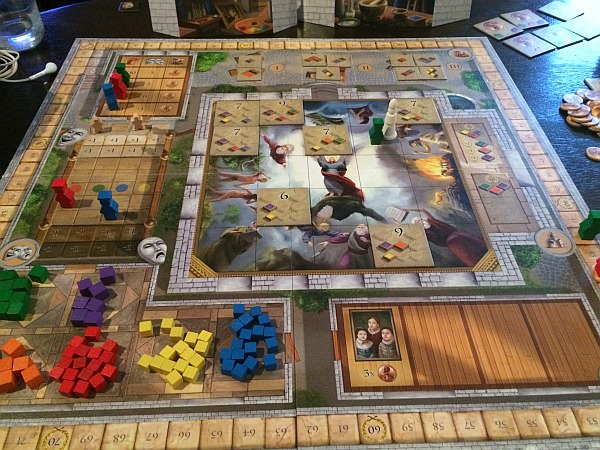 Like Fresco, our writers may have to get up early to get stuff done.. but may some days deliver masterpieces as well.

Writers and Editors then take their free time and allocate it towards the actions that they have won the bids on and are allowed to play any special event cards that they have in their hands such as “personal anecdotes” or “vastly experienced” which will improve the quality of the final piece they produce. Bonus points may also be allocated later in scoring should striking visual and or other popular media be included in the allocated hours. Once all players have used all their possible power ups and time, we then move onto the final phase.

Victory points are allocated by the readers in the forms of comments, shares and likes. Comments can function like exploding dice, with further responses adding multipliers to scores. Shares can also achieve the “viral” bonus when shares exceed 20. Likes offer the lowest scoring, but can add up in the rounds final scoring.

End game conditions… well there are none as the game goes on and on and on until the readers decide to destroy the board or walk away from the table. Writers with the highest score at the end of each round get to bid first and the game continues!

This is a prototype game though, so reader feedback is welcome and if you wish to send an email with recommendations and prototypes, we may even put your name in the game as a contributor! 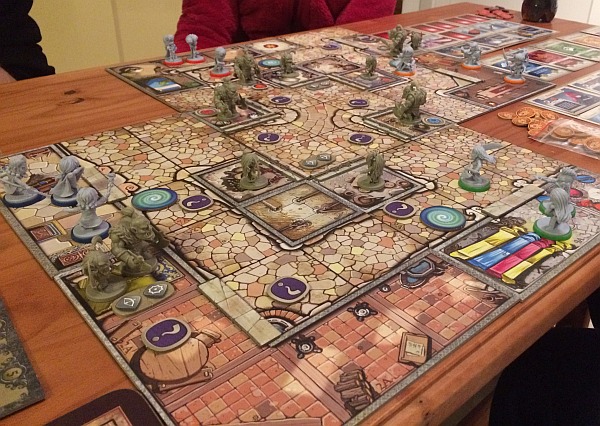 First and foremost games are fun, and we really want that to come across in each and every piece of content.

As any great board game franchise, with success will come expansions! We’re already looking at developing the “Audible Arena” expansion which would feature additional monthly podcast spaces for writers to bid on which provides additional spots for victory points and we will also look at expansions for more writers and additional modes in the future.

This is a first time design from creators Jason Bridges (@DieJason) and Stuart McGarrick (@SilentiSonas) with collaborative insight from veteran Paul Nain (@grim_tenmiles). With the emphasis on refining mechanisms, the game evolves over time and has sandbox elements with a time refine mechanic to allow writers to accrue victory points over time. It’s our first production and we hope you enjoy it and keep coming back to this as your work time filler.

Welcome to Cardboard Quest – A Legacy board game about a website where the real winners are the spectators.