We’ve been reporting the news once a week for over two months now and it really is quite staggering just how densely packed the gaming horizon is. Kickstarters breaching the $100,000 mark is no longer an uncommon event and if your campaign isn’t closing in on the 200% funded mark as it nears the cut-off date, you’d be forgiven for showing disappointment. And I do wonder whether with such a bountiful smörgåsbord on the table, do we run the risk of missing out on potential delicacies?

Instead of answering that question, we are of course going to compound the situation be listing a bunch of new Kickstarter campaigns you can back. Because choice is good, or something. 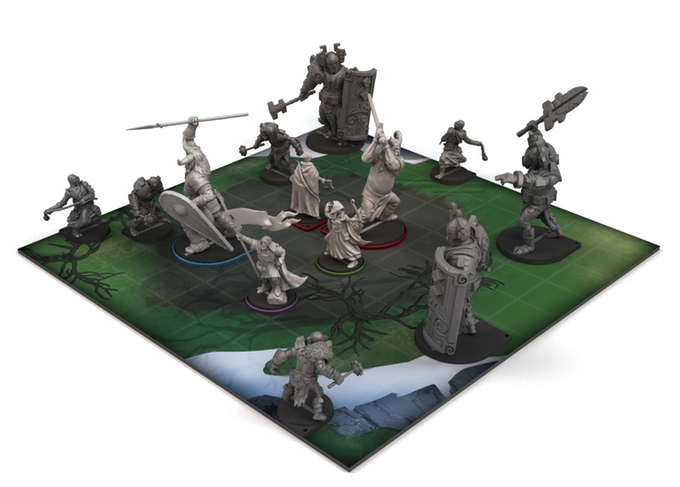 Ragnar really should have copyrighted this stuff…

First up is a title which may well be familiar to those with a Steam backlog as big as mine is. The Banner Saga Warbands, a cooperative miniatures game based off the tactical RPG videogame released last year. This is an $80 big box ‘o stuff, but I’m not convinced it’ll be particularly innovative or engaging given that it was the videogame’s narrative which received praise, not so much the mechanics of the combat. Still, it’s pretty and has a ton of backers, so it must be great. Right? 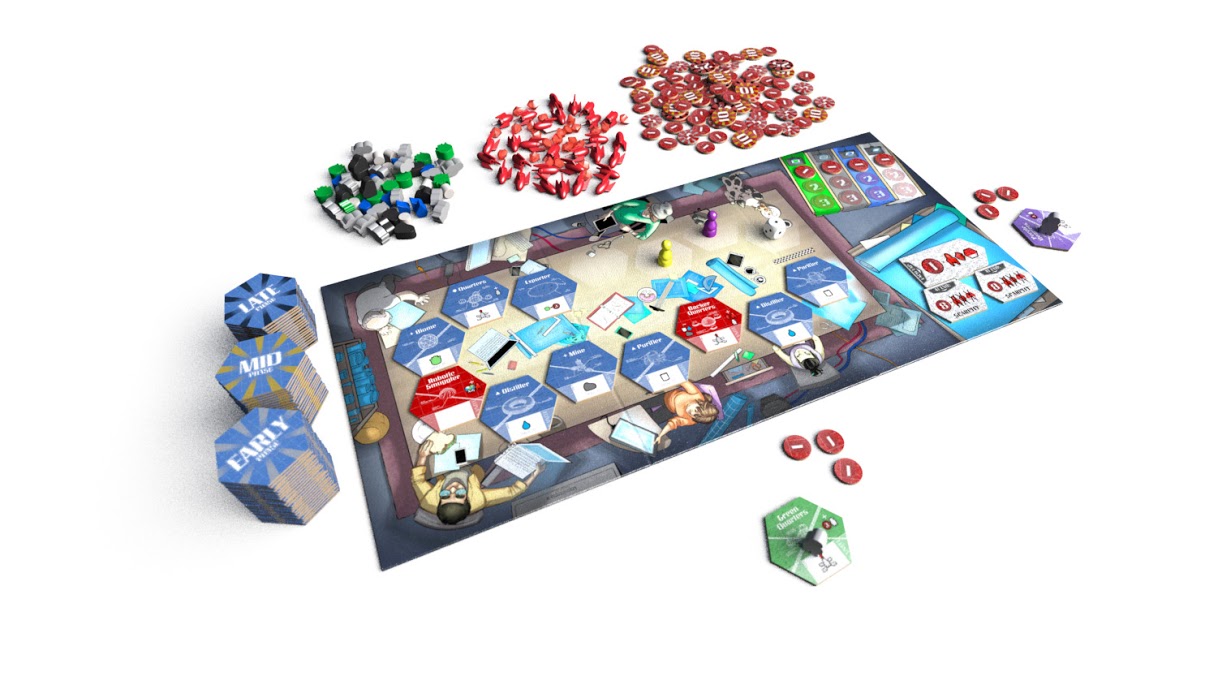 File me to the moon…

Like so many youngsters, I imagine you also spent half of school daydreaming about drafting plans for the first lunar base. No? Just me then? Well, now you can see exactly what you missed out on as Iron Kitten Games brings us Lunararchitects. This is a medium-weight strategy game about competing for blueprints with your coworkers, but with variable tile arrangement and scoring schemes to keep things interesting.

Stuart insisted I mention the Arcadia Quest: Inferno campaign. This is a standalone game that also acts as an expansion for the base game and blah blahdy blah like you’re even paying attention it’s Arcadia Quest you probably backed this last week already. Happy Stuart? 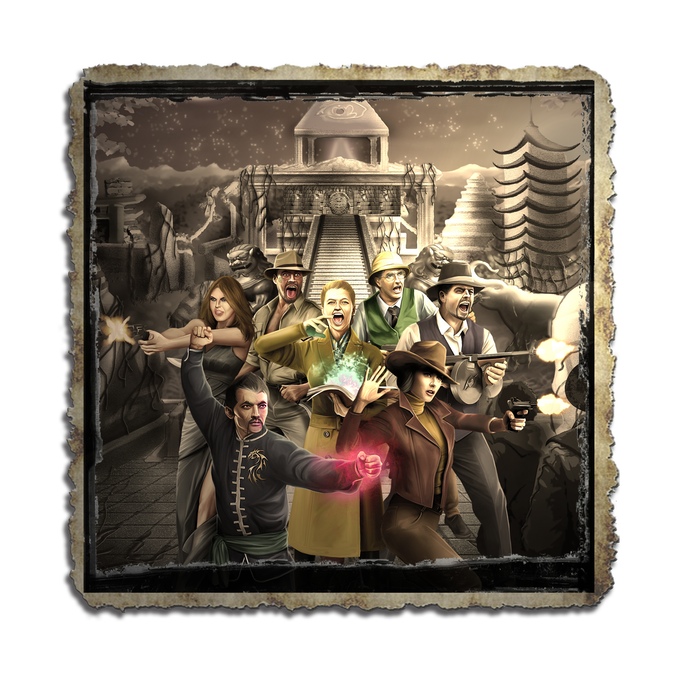 I wonder whether the game will let you croft gear.

Everything Epic Games is running a 2nd printing of the Secret of the Lost Tomb Core Game along with the latest expansion Fates Fortune. The pledge levels are somewhat confusing given that at various levels you get both the core reprint and the expansion, or just the expansion, or just the reprint. Story-telling boardgames are set for a major comeback with the highly successful 7th Continent set for next year and the critically acclaimed T.I.M.E. Stories, and I have to say Secrets of the Lost Tomb has certainly piqued my curiosity. They’ve nailed the pulpish look and feel, that’s for sure. 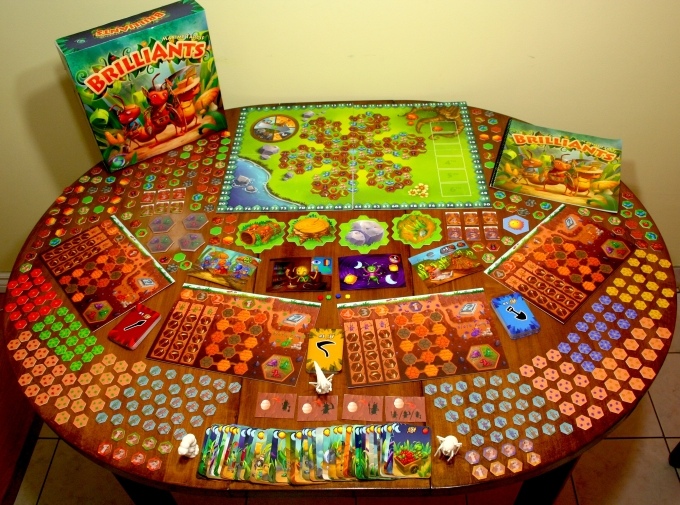 And lastly, BrilliAnts. As you’ve probably noticed by now, CBQ are somewhat fond of puns and clever word play – how could we not give this wonderfully colourful ant colony simulator a shout-out? Developers Sphere Games claim to have implemented a system that allows for 4 levels of complexity, meaning you can play BrilliAnts as a light family game or a more involved cutthroat experience. Prices are listed in Canadian Dollars, take note. 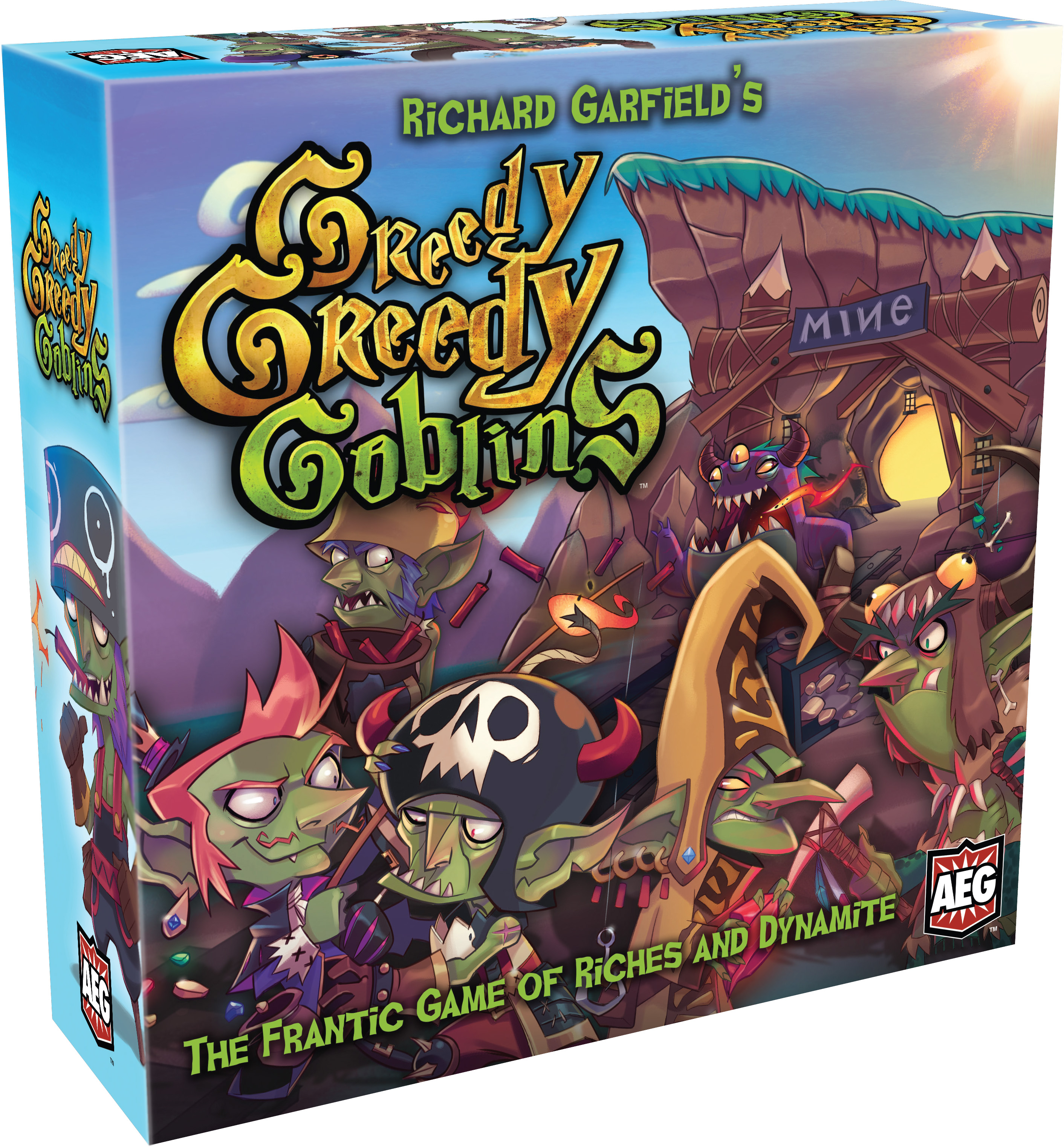 Because one ‘greedy’ wasn’t enough

In the land that Kickstarter forgot, many publishers are still announcing games the good ol’ fashioned way. Including AEG, who are releasing Greedy Greedy Goblins first quarter next year. This is a Richard Garfield design, but in the vein of his King of Tokyo series. It’s not the only game involving goblins that I’ve seen described as frantic, but let’s hope Garfield has a trick or two up his sleeve. 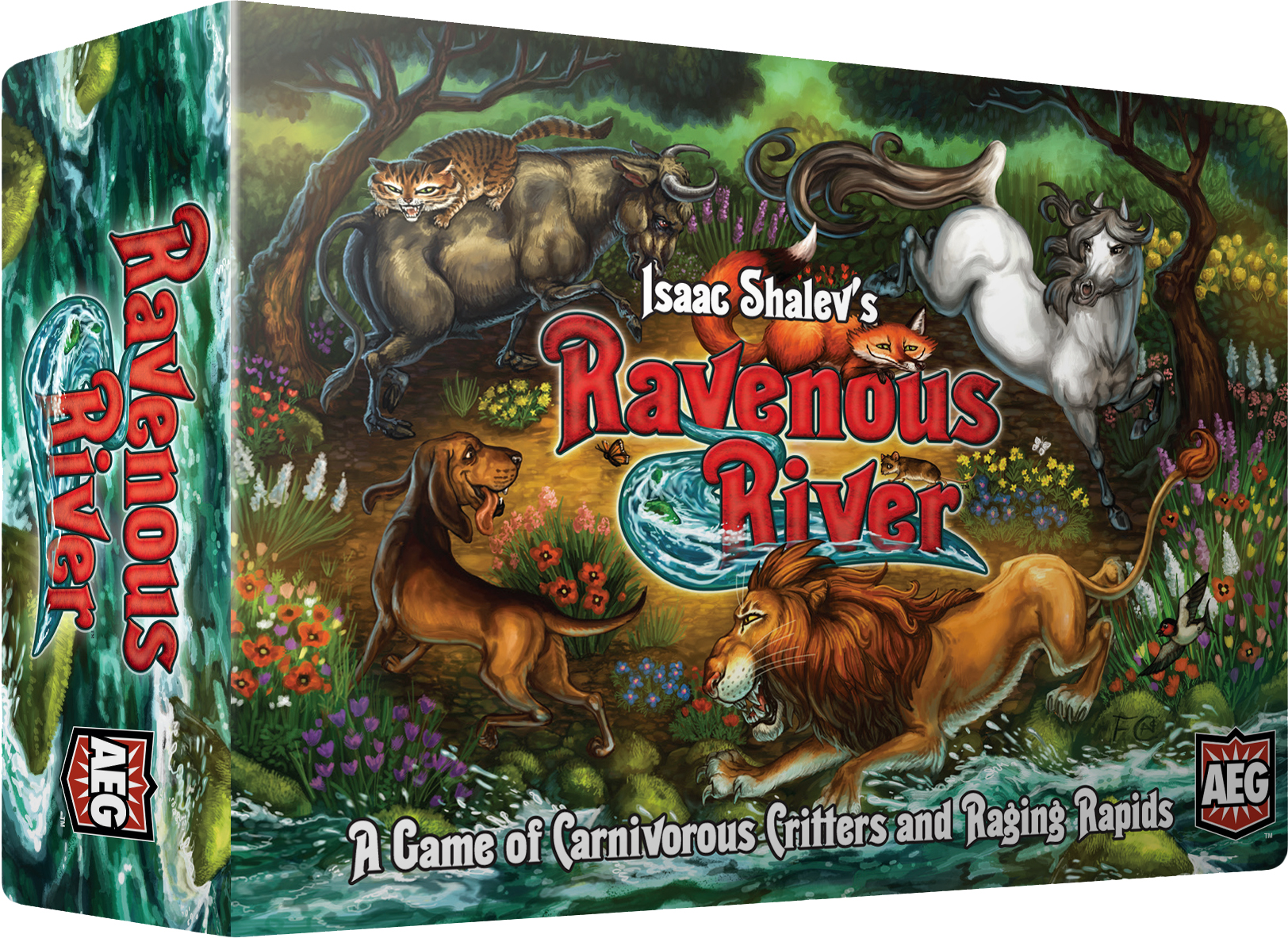 I’m not sure if the staff canteen at AEG has closed up or something, but peeps there seem to be undernourished – launching just before the goblins is Ravenous River designed by Isaac Shalev. Described as a game of carnivorous critters and raging rapids, Ravenous River is all about bluffing and hidden roles for 2 to 7 players.

It is the 31st Millennium. The galaxy is is enjoying an unheralded time of peace and prosperity. Wait, that doesn’t sound right. Oh, sorry. The galaxy is aflame. Yep, The Horus Heresy: Betrayal at Calth is Games Workshop’s latest release in their long line of budget-friendly titles. This standalone set includes a Contemptor Dreadnought, which I have to confess is a gloriously cool name. I will be submitting an application to HR  to officially change my job title.

Cave Evil, for those who’ve never heard of it, is the most Metal game in the known universe. Publishers Emperors of Eternal Evil have the game’s sequel up for pre-order. Titled Warcults, the game expands on the Cave Evil mythos, something which is far too complicated for my feeble mind to comprehend. And heck, how many games do you own that have an 18+ age restriction?

Just a single mention on the boardgame app side – Forbidden Desert has just been announced for iPad. Forbidden Island has proven a rather decent success on the App store, and with Desert being the arguably better boardgame I’d expect it to perform even better. 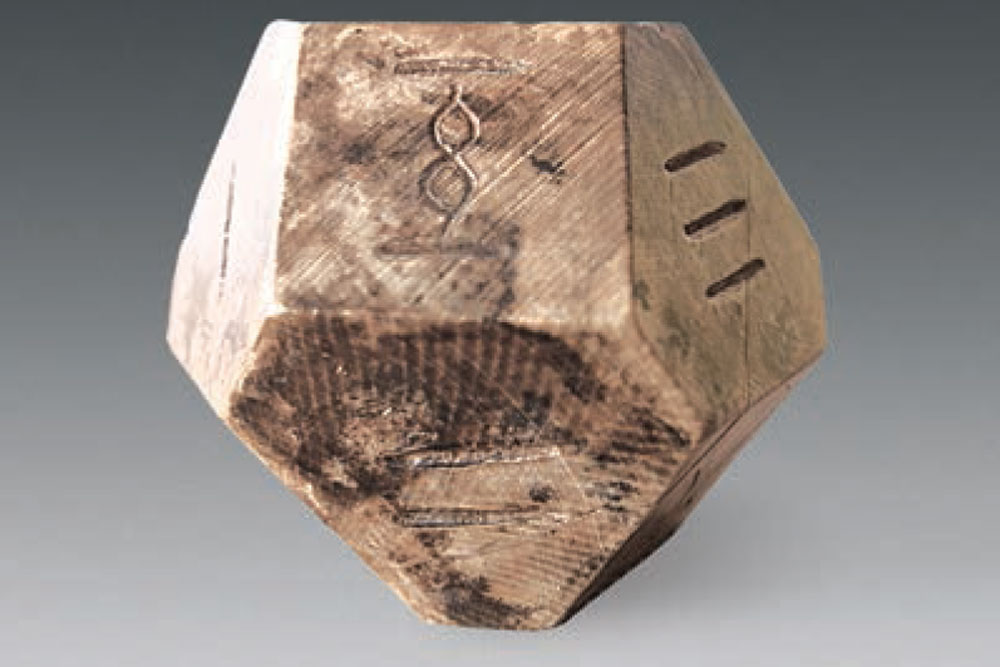 Every group has that one guy and his ‘special’ die…

And in this is why boardgaming is the best hobby in history news, an almost 2300 year old tomb offered up this intriguing discovery – a 14-faced die made from animal tooth. Believed to have been used for playing Bo, this ancient game hasn’t been played in in 1,500 years. Dice Tower must have given it a lousy review.

We love supporting local gaming groups, and if you’re in the Bryanston area on Saturday, November the 28th, you should totally join in their gaming group monthly meet-up. Details here. If you have a gaming group or event you’d like us to mention, drop us an email at cardboardquest @ gmail.com

In the week that was, we review Carcassonne-killer Isle of Skye (I jest!) and Stuart did a pretty great job at talking about T.I.M.E. Stories for a 1000 words without spoiling anything – spoiler, the game is amazing – and Jason reported the highlights from the recent Cape Town Monopoly launch. Next week we’ll have a crop of new reviews, including a game from Iello which feels a lot like the plot summary for A Knight’s Tale.