While Winter is coming and the Cape is being battered by the early storms, (this will be the last Game of Thrones TV reference) the Cardboard Quest team is getting together their wish lists of Gen-Con releases and preparing to close the shutters and get into their favourite season of gaming.  Tabletop Day is almost upon us, so make sure you get together with some friends and share in the hobby and enjoy a great day of gaming! You’ll find some links to events in your area below, so there is not reason to miss out. Along with the rain has come a torrent of great gaming news, including surprise sequels to games we already love. Let’s start at the top then, shall we?

A sequel to Above & Below has appeared on BoardGameGeek, titled Near and Far. What is interesting is that this time players will take part in a 10-session campaign.

“Near and Far is a sequel to Above and Below and includes a book of encounters. This time players read over ten game sessions to reach the end of the story. Each chapter is played on a completely new map with unique art and adventures.” According to the BoardGameGeek listing this title is due to appear on Kickstarter, date unknown at this stage. If you’re curious about Ryan Laukat’s games, read Paul’s review of Above & Below. 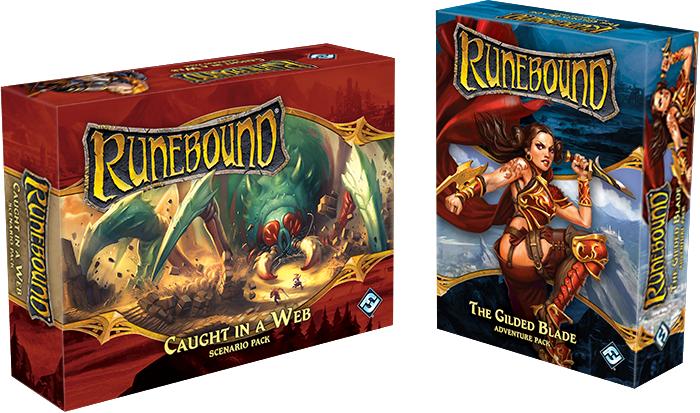 Fantasy Flight Games has just announced not one, but TWO new expansions for Runebound.

“Caught in a Web is a Scenario Pack, introducing an entirely new scenario with new adventure cards for combat, exploration, and social encounters and a new deck of story cards to drive the scenario forward. The Gilded Blade, on the other hand, is an Adventure Pack, and adds more replayability to every scenario. Here, you’ll find new asset and skill cards, giving you entirely new ways to customize your heroes, while new adventure cards can be used to change the flavor of any scenario.” Read Paul’s review of Runebound.

We have a bit of an in-joke going with Paul and his unplayed copy of Tragedy Looper, so obviously he’ll be the first to rush out to get the new Tragedy Looper expansion, titled Midnight Circle.

“This new expansion for Tragedy Looper includes 2 new Tragedy sets: Midnight Zone and Mystery Circle. In Midnight Zone, what you think you know may not be what you truly know. Lies and deceptions abound as you try to unravel the truth. In Mystery Circle, there are no evil spirits or superhuman powers – they don’t exist. This is a world where only logic and deduction prevails. Will you defeat the Mastermind?”

The Tiny Epic team have decided to give themselves a break by…going even bigger?  Yes, Heroes of Land, Air & Sea has been announced, a 4X title. Early days yet, as the KS campaign is only set to launch early next 2017.

In a move that now seems kind of obvious but has nevertheless proven quite surprising, Wizards of the Coast have brought two of their most iconic brands together in Plane Shift: Zendikar – offical rules and settings for bringing the world of the Planeswalkers to the table using the flexible toolkit of Dungeons and Dragons. The MtG universe has evolved its setting over the years in the direction of a stronger narrative, it’ll be interesting to see how much traction this approach will gain. 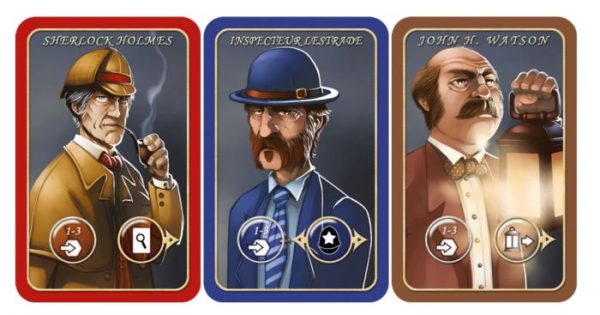 Watson.. when being deceived it is elementary to assume everything is a lie

We know Stuart in particular is delighted at the news of a Mr Jack reprint. This deduction game for two has proven rather popular over the years, and old and new fans alike will no doubt be most pleased that the artwork will get an update and the board a few tweaks, making this perhaps more of a revised edition than just a reprint.

From Antler Games we have Salt Lands, set with a post apocalyptic theme. Players need to fend for themselves, but use strategic partnerships to further their own cause, and ultimately survive. Artwork looks great, and the project is just over halfway funded with 30 days still to go. Mad Max fans should definitely give this one a look.

“Saltlands is a post-apocalyptic survival board game taking place in an authentic, low-tech dystopian world plagued by drought. With your friends, you are fleeing from invading raiders, leaving your desert home: a plain left behind by a once great ocean, called the Saltlands.”

From the creators of Valeria Card Kingdoms (AKA Stuart’s favourite version of Machi Koro), Daily Magic Games, comes the latest entry in their Valeria series, Quests of Valeria. This campaign was very successfully funded ($45K thus far on a $8K goal) and still has a week left to run.

“Quests of Valeria is a unique set collection game where players gather Citizens to fill requirements on a Quest. Hire Citizens from the line in the Tavern that provide you with additional actions to build combo’s of free actions!”

Author Patrick Rothfuss has teamed up with James Ernest to create Tak, based on a fictional game in one of his novels. I’s bases on the mancala system, and has been generously funded, reaching the $450K milestone.

“Tak is a new 2-player strategy game invented by James Ernest and Patrick Rothfuss. It was introduced in Patrick Rothfuss’ book The Wise Man’s Fear, Day 2 of the Kingkiller Chronicle.”

We said we’d be keeping an eye for when Aether Captains relaunches its campaign and well, it’s back up and already funded.

The Pathfinder Adventure Card Game app has finally released on iOS and Android as “Pathfinder Adventures“, designed to be played on tablets. The app was developed by Obsidian Entertainment, of Neverwinter Nights 2 and Fallout: New Vegas fame, and published by Paizo. The app is currently free but in the “you don’t pay with actual money but pay with your time by slogging through everything in order to unlock more content” sense. Or you can pay $25 to unlock the Rise of the Runelords content. Production value looks fantastic, we’ll be downloading this asap! (edit: I’ve already downloaded it… and it’s fantastic! Stuart)

It’s Tabletop Day! Here is a promo video from Geek & Sundry to celebrate the event. Also, this movie must be made. MUST.

We have some local Tabletop events happening, in Cape Town at the Big Box Cafe and Fanaticus, in Johannesburg Area we have a massive board games day hosted by Timeless Board Games and lastly Unseen Shoppe in Westville will be offering gaming to our KZN gamers! So be sure to stop by your FLGS to take part in the festivities and to find a retailer event or community events in your area around the world, search here.

That’s it for us this week, tell us what we’ve missed and what you’re excited about. We’ll be looking at Onitama from Arcane Wonders next week as well as talking about discussing our hobby with non-gamers. Have a great long weekend of gaming!