The Oriental Express is leaving the station as many of the publishers are starting to create hype around some of their titles looking to debut among the beer and pretzels at Essen Spiel. While we can’t all just hop on a flight as we make sure most of the writers are chained to the desks, we are looking to get a little of the inside scoop from the show in regards to Czech Games new FPS board game and even imagining what it’s like to be on a beautiful island away from it all in the new edition of Robinson Crusoe from Portal Games. So with a blast of the ship’s horn, we’ve got just the ticket to give you a first class seat to a view of the gaming world. 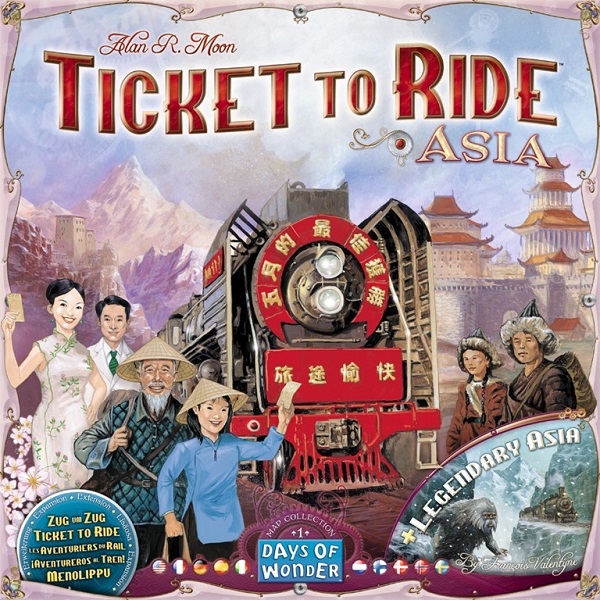 (ed’s note – Orient? Ships? Flights? You’d think Stuart was trying to flaunt the fact he’ll be on honeymoon next week. And you’d be right )

Will Wheaton fans, Tabletop Season 4 is going to be airing on Nov 2nd! However in an unexpected twist in the plot line the complete season can only be watched behind a paywall on the new Geek & Sundry and Nerdist video on demand service called Alpha. Initial public response has been far from positive, but we have been assured that the full season will be released weekly in early 2017 on Youtube with the initial 2 episodes available on the Geek and Sundry Channel at launch.

With over the top board game productions going on sale soon, we thought you’d all like to get a peek at a design of Cyvasse (George RR Martin’s imagined board game) created by Bristol Design Forge at the request of one of their clients. Never truly defined in the Song of Fire and Ice series, the rules for this version of Cyvasse have been created by fans and all the unique artwork burnt into wood for what would be an amazing centerpiece for any Game of Thrones fan. It will set you back the iron price, or £99.99. 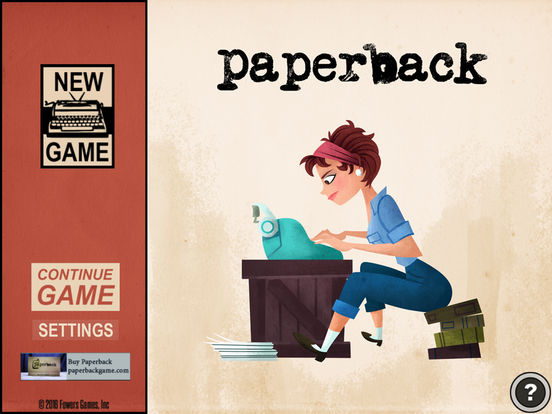 Paperback has finally been approved by editors and published to mobile devices for wordsmiths to enjoy. For those unfamiliar with the great deckbuilder from Tim Fowers, players play aspiring writers that use letters in their deck to create words similarly to scrabble earning money to purchase new cards to buy according to letter scores. Not only do cards give currency, but many of them also provide unique player powers to affect scores and other players turns as well. The digital version currently only has pass and play with no online multiplayer yet available but looks better than many illustrations on the cover of your favourite romance novel.

Also at Essen, Imperial Settlers gets a new expansion which will just make you want to pull your heart out in Sacrifice. The Aztecs bring a unique style of play and also add religion, which can mean anything from dancing around fires to possibly some sacrifices all in the name of receiving blessings. We love the gameplay of these portal titles and keep an eye out next month for our thoughts on 51st State that I just cant seem to get enough of.

It seems we are going to see a shootout for turf in the overcrowding of the mob themed board games looking to spray and pray as they make their way to market end of this year and beginning of next. La Cosa Nostra, previously released to acclaim in Germany, is finally getting an English version and is available for taking your pledge right now.  In this title, players will take control of a mob looking to, well control the nefarious dealings and ultimately the profit in New York. You’ll be hiring drug dealers, pimps and loan sharks to earn revenue each turn as well as recruiting more mobsters to complete jobs and even rip off your opponents on the mean streets. La Cosa Nostra may sit on a knife’s edge of negotiation, deception and just outright greed but may be an underdog who will cause a stir in the underworld. 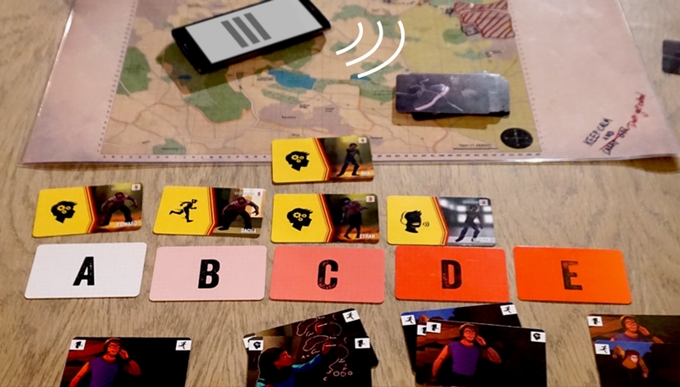 Zombies Run was a digital app that got me back into running around 2 years ago, and Six to Start is currently looking to fund a board game implementation of their zombie survival world. In what looks to be one of the most ambitious board game an app integrations I’ve seen to date, Zombie Run: the Board game will narrate you through the running exploration through a desolate world being chased by Zombies. You’ll make difficult choices as to whether to help people or not, you’ll find clues to discovering environmental puzzles and you’ll be scribbling routes on a map while avoiding zombies through weapons and skills at your disposal before getting swarmed by the hordes. With new mission to be released later and the real time narrative co-operative gameplay for up to 4 players, its something that will ensure your survival come the end of days or simply bite you in the ass. We’ll have to try get hold of a copy to let you know. 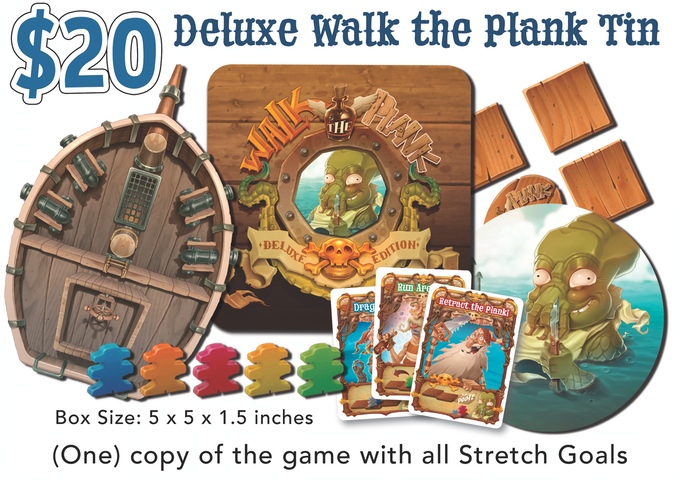 Lastly, Walk the Plank is getting a tin edition from Mayday games as they seem to be delivering new and beautiful Kickstarter edition of previously successful titles. Walk the plank sees you trying to program your movement to make sure your pirate doesnt end up in the jaws of the Kraken after your captain has decided you’re a bunch of lazy good for nothing scallywags! Its a whole bunch of choas as everyone plans their moves of shoving left and right, retracting and extending planks and even playing rock paper scissors to see who gets pushed in front! Its a delightful little filler that will have players hooting around the table as plans come undone with each move and its often the dumbest pirate who gets to stay aboard.

Well that’s it for this week, I’ll be off on Honeymoon and hopefully spending some time at a board game cafe or three in Taipei while you all look forward to rAge at the Dome. Timeless and SolarPop will be there with some amazing new releases as well as an amazing area for you all to get your hands on the hotness right now! Unseen Shoppe have a HeroClix day on Sunday in Along for the Ride, and Quantum Gaming have a Saturday HeroClix Day with Sinister Six so you guys have no excuse not to get some miniature gaming on. Otherwise Next week you’ll be seeing a guest reviewer as well as regular news and features in coming weeks!