While Origins didn’t deliver any massive bombshells, our American compatriots and well travelled board gamers are all reporting a very enjoyable convention. People got to grab the first copies of Century: Spice Road, playthroughs of Eric Lang’s The Godfather: Corleone’s Empire and just indulge in a lot of games and great food. Back in Cape Town, Paul and I have been playing Ethnos to cleanse the palate after Cry Havoc and dabbling with Unlock! and Exit escape room games. All of which we’ll share views on soon.  But right now lets get through all the pre-Gencon news and announcements!

As the archetype of modern war gaming, Axis and Allies holds a very special place in many a grown gamer’s heart. In celebration, Avalon Hill are publishing the update Anniversary edition on September 22nd in conjunction with the 50 year celebration of the game’s heritage. You’re looking at around $100 for RRP but the game has an updated ruleset to include a 6 player option as well as cruisers into this WWII tabletop war experience. Bigger board, new molds and a whole ton of tactical war game content releasing in 3 months with collaboration from Wizards of the Coast team.

Fantasy Flight Games are ramping up the announcements before Gen Con with a ton of news. Firstly, Runewars: The Miniatures Game continues to gain footing on the Miniatures battlefield with the 4th faction announced in the form of the Uthuk Y’llan Army Expansion, comprising of the fearsome Locust Horde. Ravos the Ever Hungry (That is not editorial license but the real FGG name) will lead his Bloodthirsty Beserkers, with support coming from Spined Threshers and  Flesh Rippers will round out the fearsome army fueled by the magic of the coven. 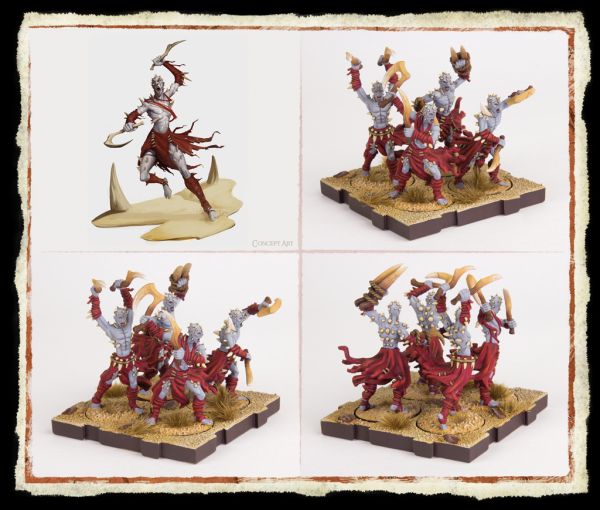 I’ve been looking to get into TableTop RPG systems, particularly as a GM, so when I read about the Genesys system from Fantasy Flight Games I was more than a little interested. Genesys aims to focus on narrative style RPG’s, which will be able to incorporate a number of various generic fantasy settings. You’ll use a custom dice set and instead of focusing simply on success or failure, you’ll be deemed to have an advantage or disadvantage as well with rolled options, which can then play out differently in the cadences of the narrative through the GM’s voice. The system is adaptable to multiple game settings, including Steampunk, High Fantasy, Modern Day and Sci-Fi and is similar in nature to the very popular Star Wars RPG system. Expect endless support from FFG as they do for all of their products at the sacrifice of your wallet. 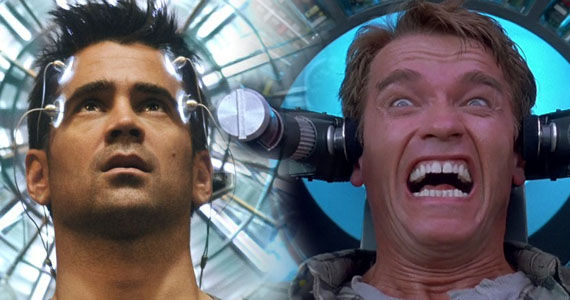 Philip K. Dick paints grim pictures and poignant questions through his writing, and Total Recall (based on his short story: We can remember it for you wholesale) is getting a board game variant based on the popular Good Cop, Bad Cop social game mechanics. You’ll be trying to discover and assassinate the leader of the opposition group by hiding your identity and uncovering clues to others alliances in the hopes of shooting your way to glory. Eliminated players aren’t simply out of the game though, but will take the role of Recall scientists with their own agenda. Fans of the system may like the use of the IP and it may be another way to introduce your 80’s movie fan family members to some great games at a low cost point.

Rise of Tribes is the first Kickstarter project by Breaking Games, already getting massive amounts of funding! In this civilisation building game, you’ll be exploring the regions, manipulating dice to control production and unlocking advancements while controlling territories to claim victory. You’ll travel the land through various unforseen events & deal with natural enemies while choosing to grow with unique tribes and leader abilities. Standard edition comes in at a very reasonable R750 including shipping ($58) so I can easily see the impulse purchase of this beautifully produced game.

Fresh off their success of Too Many Bones, Chip Theory Games have designed one of the most uniquely themed abstracts I have seen in many years, and you all know how much I love abstracts! Triplock has players take on the role of competing lockpicks in steampunk London where you’ll need to manipulate mechanisms and get your plans in order to crack the lock before your opponent. It’s definitely a game you’ll need to get your hands on to fully wrap your head around, but using memory elements and manipulating movements and countermeasures will have your opponent one step behind in the race to unlock the victory.  If anything, take a look at the Kickstarter page and with a low price point to entry it may just be the unique game to own! 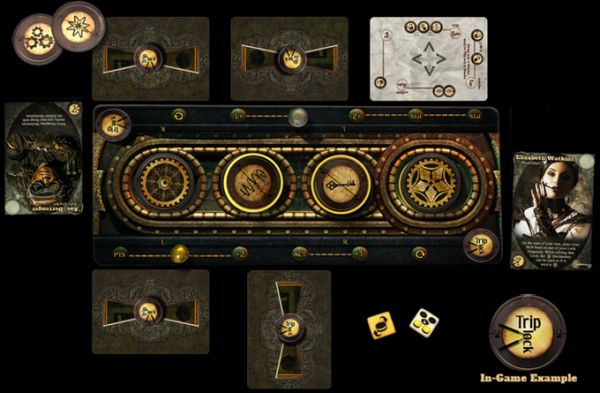 Our obligatory Cthulhu news related piece comes in the form of The Yellow King Role Playing Game from Robin Laws and Pelgrane Press. Based on the Gumshoe system, player swill enjoy the madness of the Robert Chambers through four uniquely themed settings around the Yellow King theatre of insanity in romantic Paris, a War of the Worlds alternative reality, and Modern day North America. Beautiful artwork, excellent looking source books and something bone chillingly different means that already the collectors options have sold out already. Get your choice of digital or hard copy over at their Kickstarter Page now.

And that’s it for this week! I’ll be giving you my final thoughts on Ethnos next week and then expect Yamatai and Unlock! not far off. Good Gaming all with a good weekend.