It’s a brave new world, although some might say it’s just an affirmation that the more things change, the more they stay the same. As much as people find unity in ideologies, it’s hard not to feel as if certain divides grow ever greater. Fortunately, in the CBQ offices those divisions are only about whether a victory still counts if the person explaining the rules made a small error that gave you an advantage, and the answer to that is of course it totally counts. But more on the rather impressive Voyages Marco Polo in the coming weeks, once Stuart gets over the butthurt. Let’s concern ourselves with all the latest wallet-seducing news! 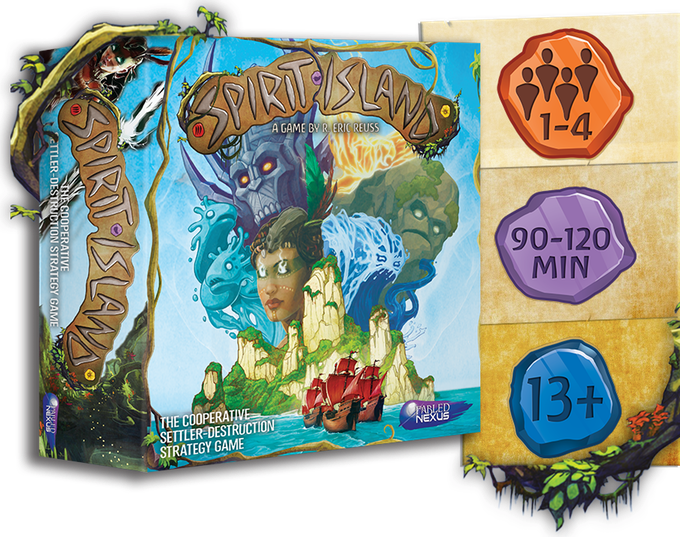 In a slight twist on the prevailing formula of expanding and exploiting, Spirit Island from Greater Than Games casts you in the role of various spirits of an island, fighting back against colonizing invaders with the help of the natives. A co-operative area-control game? Indeed! Kickstarted toward the end of 2015, Spirit Island is set to release in June 2017. Somewhat over the initial KS delivery date, but the team have used the extension to perform further playtesting as well as spruce up the overall art design and component quality, which I’m sure will be appreciated. 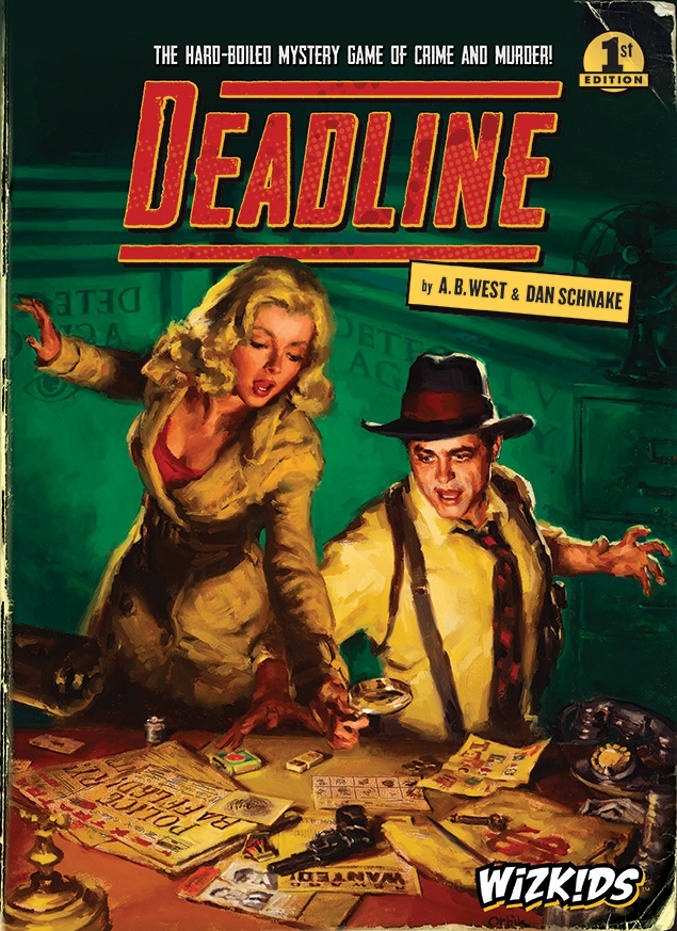 A WizKids announcement generally makes everyone sit up and listen, although this one is likely to appeal to a narrower range of gamer. Building on the success of titles like Sherlock Holmes Consulting Detective, Deadline assumes the classic film noir facade, and will include 12 cases for 2 – 5 players to dust off their magnifying classes, work those leads, puzzle out those clues and co-operatively break the case wide open. Expect a dame in a trench coat to burst through your door sometime in June 2017. 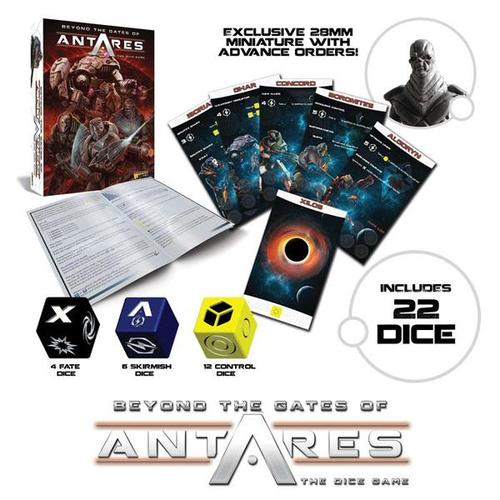 I’ve not heard of Beyond the Gates of Antares until this week, but it’s a tabletop wargame with a scifi theme by the 40k author Rick Priestley. It’s only been going since 2015, but I’ll go ahead and assume that it’s proven to be quite popular, since Warlord Games has seen fit to announce a dice version arriving next month. 22 custom dice and faction cards for 5 of the various factions that include sentient machines, mining guilds and battlesuited hordes. You can catch a playthrough from the guys at Warlord here.

2016 was definitely the year of publishers attempting to outdo each other when it comes to the quantity of miniatures in a box, and this year seems to be no different, except that Giochix.it have set the bar pretty damn high. Over 550 miniatures and expandable to up to 9 players, Medioevo Universalis pits players against each other as one of a number of great medieval kingdoms of the 13th century. Research new technologies, build forts and fortifications, recruit armies, alliences, spies…Medioevo is very much a war management game, seeking to blend aspects of traditional tabletop wargames with the appeal of the more expansive Euro boardgames, this is about as pricey as you’d expect for the content. However, and time will tell whether this was a wise move or not, the game is also available in a decidedly cheaper version that replaces all the minis with tiles. 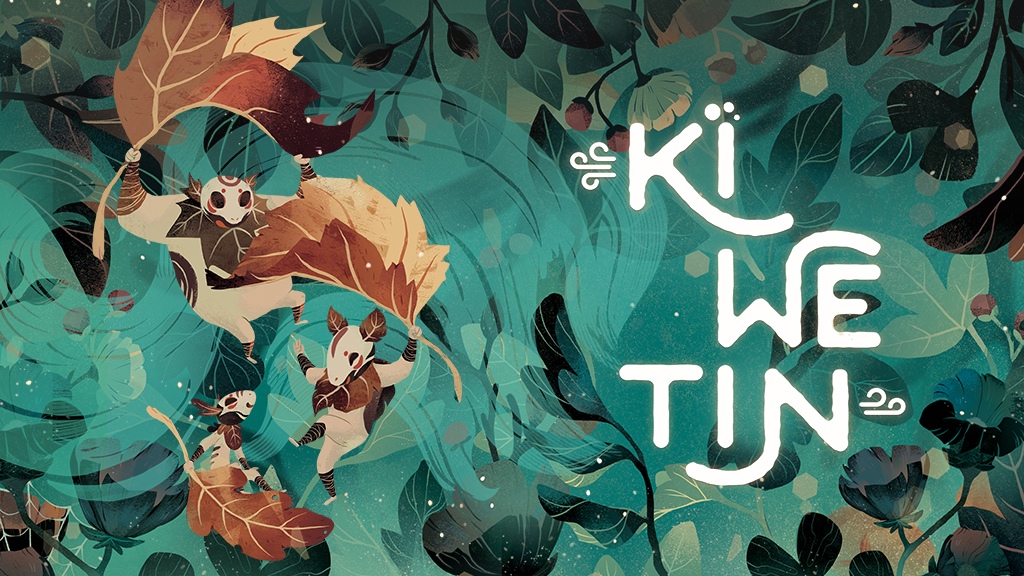 Kickstarter continues to provide a great platform for absolutely gorgeous looking games that follow a slightly quirkier theme, and Kiwetin nails that description. Beautifully illustrated 27″ board, exquisite minis and stunning card art, Kiwetin as at its core a roll and move race game. As much as those have become curse words to many in the hobby, there seems to be enough variation on offer with Rune cards and action tiles to keep things interesting.

On the flip side, and not to say there isn’t something pleasing about Import/Export‘s minimalist design , but it’s unlikely to be winning any best art awards any time soon. But neither did Glory to Rome, and that didn’t seem to hold it back. And I mention Glory to Rome also because of the similarities Import/Export shares with it. Like GtR, this is a role selecton game with an economy driven by player actions and with multi-use cards, a mechanic that has always been a favourite of ours. I’m intrigued to see how the player-driven economy pans out, as the game needs that extra something to push it beyond the realm of ‘just another GtR clone’. Although in fairness, there aren’t many games that can speak to matching GtR’s excellent balance and replayability, so being a GtR clone isn’t exactly a criticism. 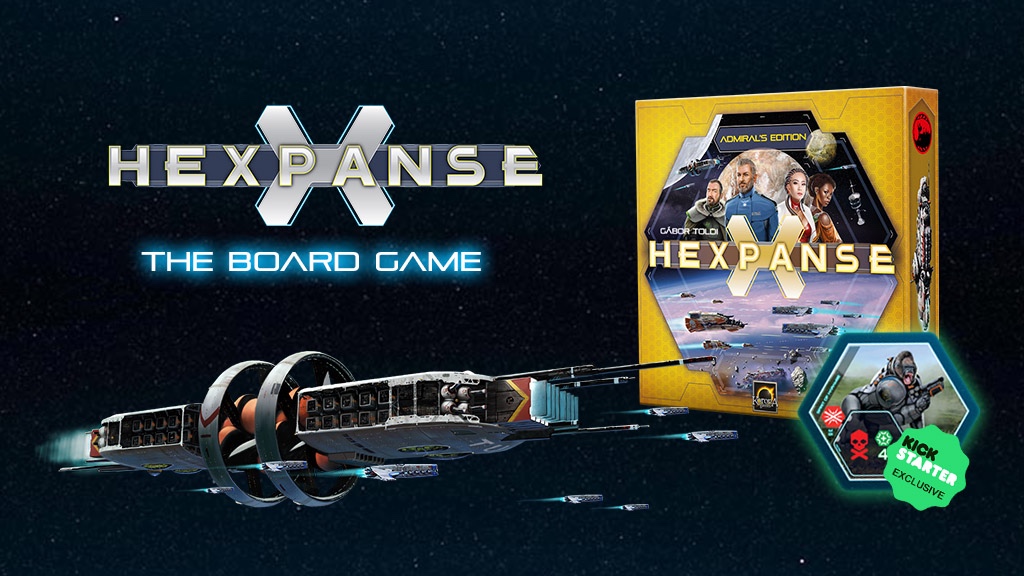 Probably the title to pique my curiosity the most this week, Hexpanse is a tactical scifi game for 2-4 players that uses a double-sided hex board and hex tokens and pits Warlords against each other for the control of a single planet. Victory is achieved not only by killing all rival warlords, but by achieving a particular pattern on the board that represents an unbreakable foothold. Expect some resources and troops management mixed with strategic board movement that follows the trail of abstract board games. The aesthetic and the faction types are somewhat derivative, but there’s something about the overall content and the gameplay that I find appealing. 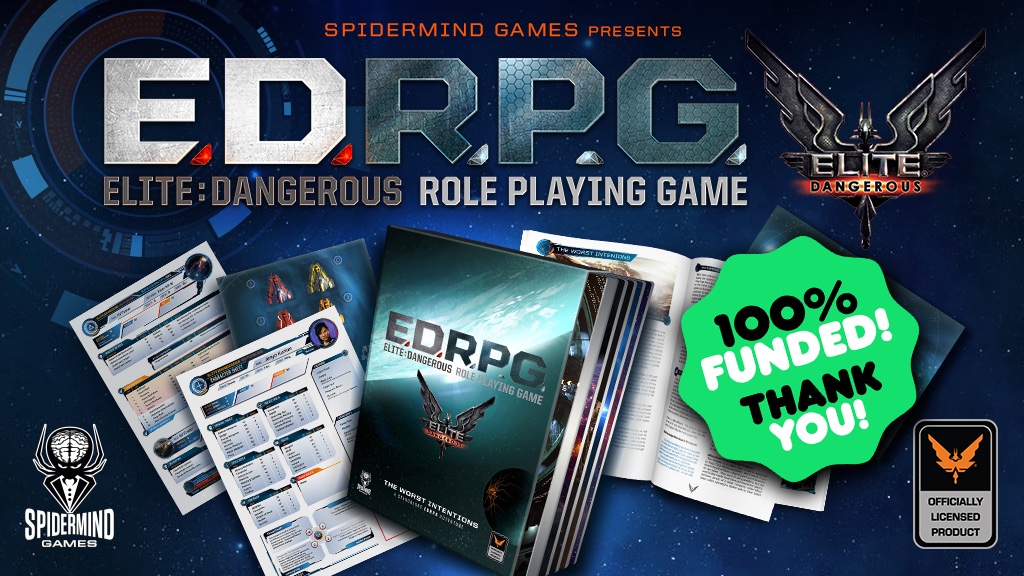 As someone who has dropped shall we say, a number of hours greater than 10 and less than 1000 into Elite: Dangerous, I feel honour-bound to mention that Spidermind Games  is running a campaign for an Elite: Dangerous RPG. Now I’ll be the first to admit that ED has never exactly screamed out for an RPG conversion, the vastness of its impressive scale model of the known universe has always made it feel like an isolated experience, although the existence of groups such as the Fuel Rats go a long way to proving that ED absolutely has the building blocks for what could be an engaging tabletop RPG. I remain somewhat skeptical, but the presence of people like Michael Brookes and Allen Stroud on the project who arguably know the ED universe better than most, is definitely a step in the right direction.

Jonathan Gilmour should be a name fairly well known to fans of Dead of Winter, and he’s jumped on board the Make/100 concept, which is essentially an initiative encouraging designers to make 100 copies of a game. So what is his game about? No one knows yet! Not only will backers be a part of the design process, but you’ll have access to playtesting files and upon completion, an entirely unique game that will never find its way to a publisher. By the time this goes to press, I doubt any of the physical copy backing levels will be left (only 14 left as I type this), but you can still join the run by backing at the $20 level for print and play files. 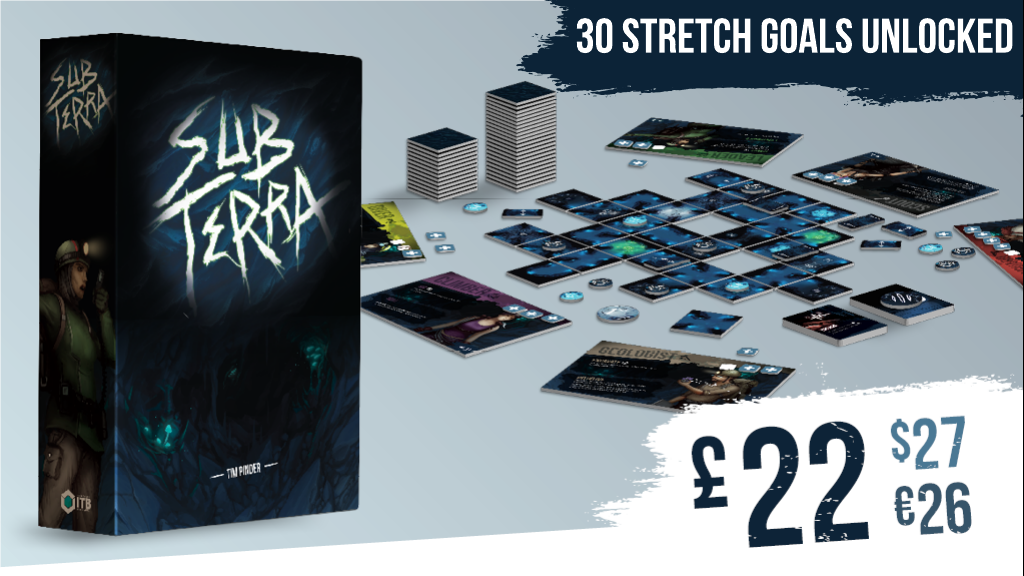 And we close off with Sub Terra, a cooperative survival horror game for 1-6 players. Already well passed its funding goal with still 22 days to go, Sub Terra follows on where the Forbidden series left off by utilising a tile-based system and unique character types as players will work to free themselves after becoming trapped deep underground. If you’re a fan of how brutal Forbidden Dessert could be on the higher difficulties, Sub Terra has got you covered with Hazards such as Gas, a time limit and what are referred to as Horrors which relentlessly chase you down. Soul-crushing despair sold separately.

If you have any doubts that Star Wars Destiny isn’t the new hotness, swing past Quantum Gaming on Sunday and witness the local padawans compete for glory in a tournament, with Fanaticus following suit next Tuesday night. On Monday Jason will be looking at what just might be the perfect gateway game, and we’re aiming to bring more great content next week. Good gaming all!