Things have certainly been busy on the news front, but am I the only one who feels like it’s been a quiet start to the year in terms of fresh cardboard hitting the table? Early days sure, and maybe it’s the remnants of what is always a long January stretch, but it does feel as if the exciting releases for 2017 are around more than just a few bends. One decent game tomorrow, or five decent games four months from now? Which is better?

Because if this week’s news is anything to go by, there’s some great stuff peeking over the horizon…

The highly underrated and unknown SyFy tv series The Expanse, which is based on a fantastic series of novels and is highly recommended, is getting a boardgame. By Wizkids. Designed by Geoff Engelstein. That sounds like a match made in heaven if ever I’ve heard one. And did I mention it’s being compared to Twilight Struggle? Only The Expanse will play 2 – 4 in a shorter time, so expect lots of card-driven elements incorporating politics, conquest and intrigue. 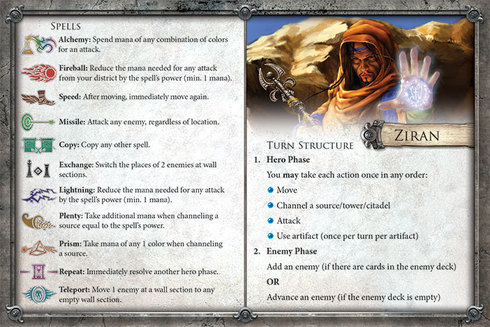 I’m not sure we’ve got a definitive tower defense boardgame as yet, but Z-Man Games is hoping their entry into the growing genre might assume that mantle. Bastion takes a fairly traditional fantasy approach, placing players as the last…what’s the word again…obstacle between growing hordes of monstrous enemies and the city gates. Heroes will cooperatively gathers mana resources, which they can then spend to unleash various spells and abilities. The base game will come with four scenarios and a ramp up in difficulty, look forward to a Q2 release.

That old stalwart of fledgling boardgame collections, Talisman, is getting a new edition from Games Workshop. I have fond memories of the 4th Edition which saw plenty of playtime when I first got into the hobby, but it eventually lost a spot on my shelf. It’s always picked up a fair amount of flack for the roll and move mechanic and lack of depth, so I’m curious to see whether GW make grand changes or endeavor to keep the spirit of the original. It’s also one of the first games that GW are taking over after the split with Fantasy Flight Games, so there will be quite a lot riding on this I suspect. The recent digital conversion has also breathed new life into the franchise, making it excellent timing in terms of reaching a fresh audience. 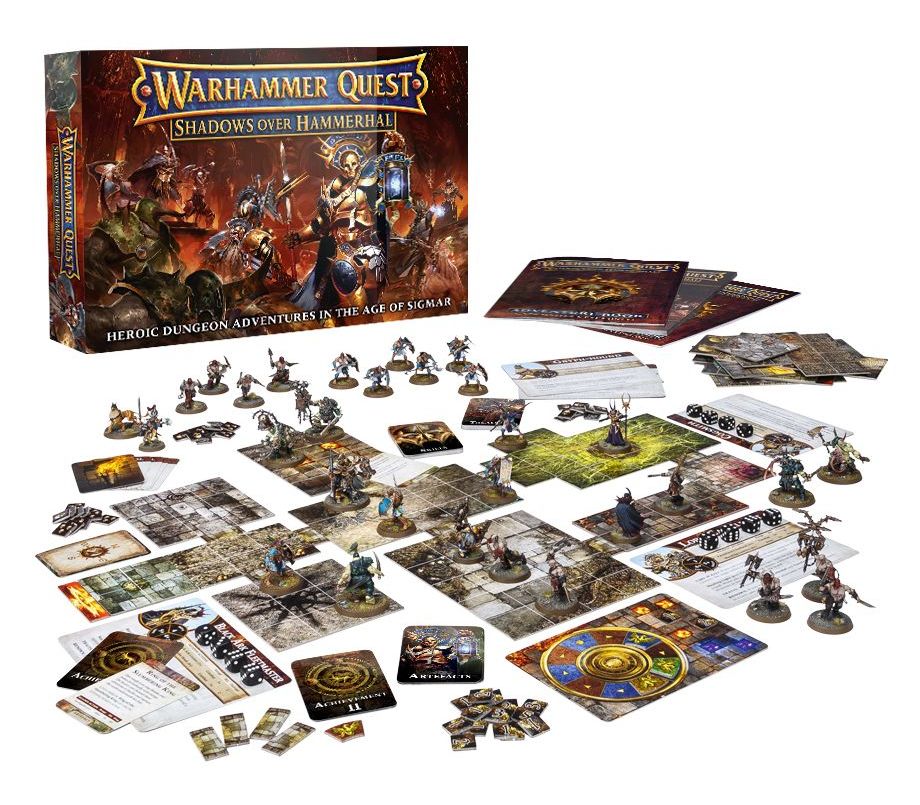 Games Workshop are certainly not resting on their laurels with their existing IPs, as Warhammer Quest expands its line with Shadows Over Hammerhal. Silver Tower proved very popular, and Shadows will take place in Hammerhal itself, which is the domain of the God-King Sigmar. The game will come with 31 miniatures, a whopping guide book, adventure book and loads of cards and token and double-sided boards. Designed for campaign play, up to 4 players will quest in the catacombs and dungeons, while another player acts as gamemaster, leading the heroes to ruin with an array of devilish traps.

I’m beginning to think Ludonaute are incapable of producing a bland looking game. They’ve teamed up with Asmodee on a new bluffing game titled Oh Captain! There’s a strong element of the fantastic Sheriff of Nottingham, as players are part of a crew who have recently looted the cave of a mythical monster and must now offer up the strange treasures to the Captain. That player can in turn decide whether the crew get to keep the loot or not, and the crew in turn can use certain items to attack each other. I see aspects of Cash and Guns in that description too, which is a most excellent thing indeed. 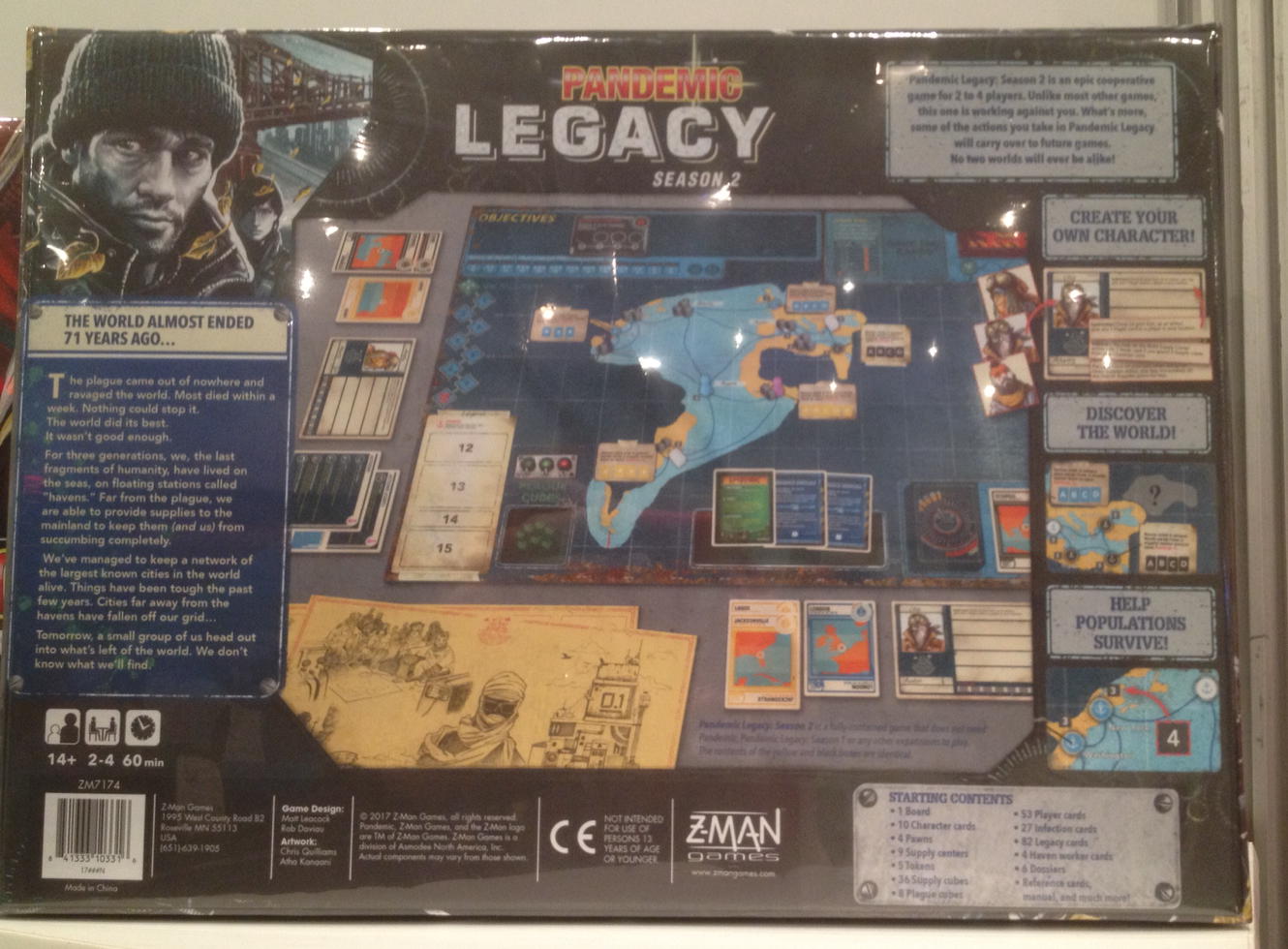 For those who might not have seen yet, plenty of tweets came chirping out of the New York Toy Fair, most of them focused on Pandemic Legacy Season 2 but there were also titles like Firefly Adventures, Dice Forge and TMNT Showdown (which unfortunately doesn’t look like it will have a local release). I’m particular excited by the double deluxe expansions for Ashes: Rise of the Phoenixborn, less so by the inevitable Rick and Morty version of Munchkin. Rick and Morty are awesome, but come on Steve, it’s time to let Munchkin go into that good night. Boardgamegeek have an excellent summary of what was on display here. Click through for more on Epic Spell Wars, Attack on Titan and Star Wars Monopoly.

Across the pond, the news from Spielwarenmesse that has us the most excited is the three new expansions for Time Stories. Expedition Endurance has just hit our shores and we’ll be picking up a copy soon, but we can never get enough. The next three will involved knights, pirates and….Hollywood?!?!? Some kind soul translated the French titles, Lumen Fidei seems to be the Knights Templar expansion that was hinted at quite some time ago, Frères de la Côte is all Caribbean and corsairs, but Estrella Drive is the one we’re immediately interested in, taking place in 1980s California showbiz. Space Cowboys have also hinted at repackaging the base game in some way. 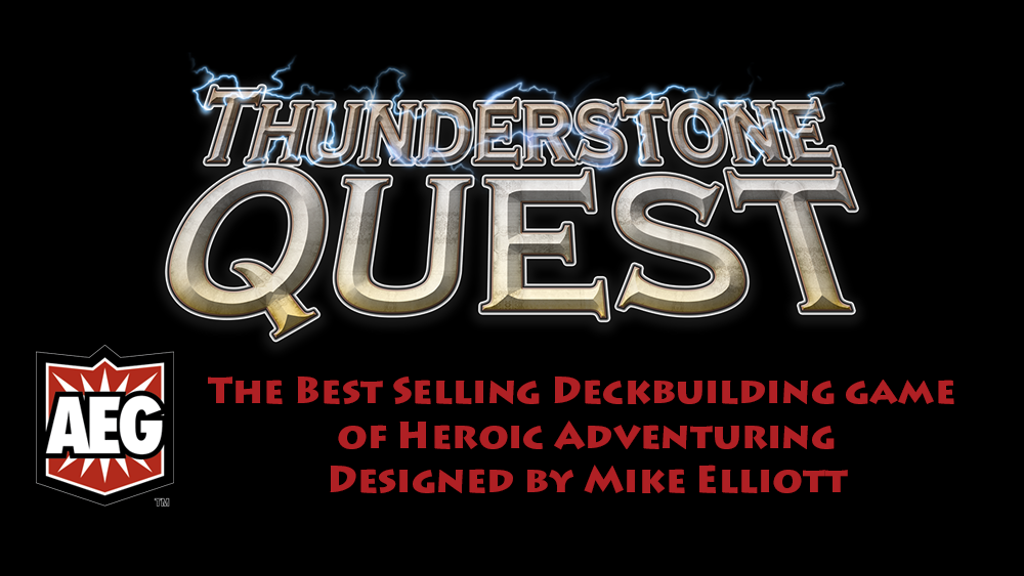 The big Kickstarter news this week is for Thunderstone Quest, which is essentially Thunderstone as you know it, but with a narrative element and a greater focus on replicating the dungeon crawl experience. So you’ll be following a specific quest line with dungeon tiles and treasures and a more natural sense of growing in power. The Adventurer level nets you the base game plus stretch goalds, whilst the Champion level adds two extra quests and a premium box. AEG blew through their pledge goal in double quick time, so expect a ton of stretch goals over the next 30 days. If you’re in SA and are considering backing, you might want to ask your local supplier to back at retail level, as shipping to SA is a whopping $70… 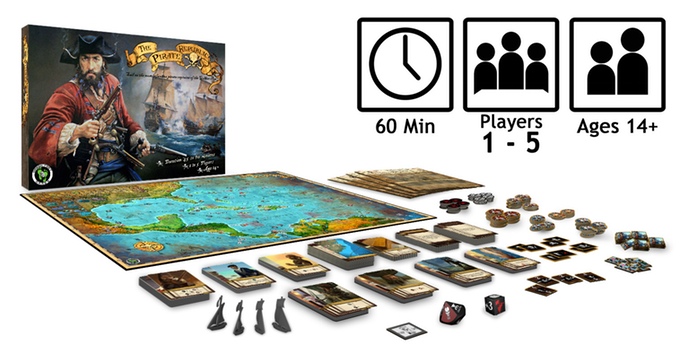 Despite a number of recent attempts, consensus remains that Merchants & Marauders is still the best pirate boardgame. Seafall might take that title for some, but its Legacy nature is a high barrier of entry. The latest pretender to the throne is The Pirate Republic, and it’s making a damn good run at the throne. M&M’s greatest downfall is arguably just how long the game takes to play, whereas The Pirate Republic promises a game in around an hour. It certainly looks the part, with an attractive board, player ships and the requisite tokens and stack of cards, but where it aims to set itself apart is with the modular gameplay. Fancy a cooperative experience? Go ahead. Want a Dead of Winter style saboteur mechanic? Done. Or if you just want to plunder your opponents to your heart’s content, out and out competitive is the way to go. And did I mention card combat that takes a leaf from Mage Knight’s book? 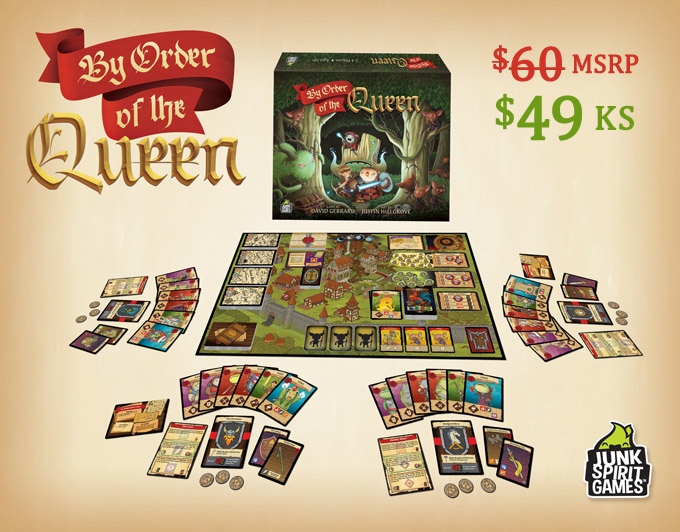 Just 7 days left to get in on the By Order of the Queen action, if you’re in the mood for an RPG-lite cooperative fantasy boardgame with an art style that is far more charming than menacing. A decent set of stretch goals, including variable difficulty to ensure the game appeals to not only the more obvious family demographic, but the more hardcore gamer who perhaps might feel a little jaded with all the bog standard fantasy fare. Need further convincing? Download the rather awesome Lore of Tessandor book, which doubles as both colouring book and informative guide to the various races of Tessandor. 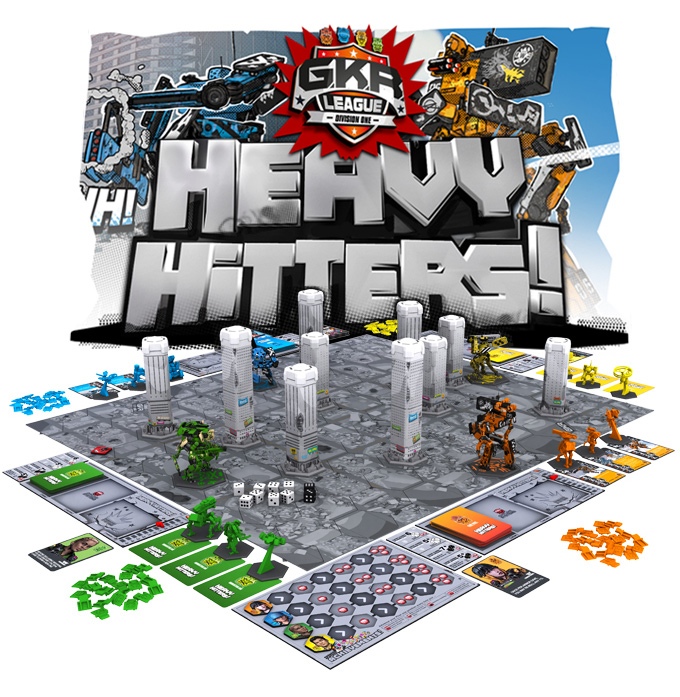 You may not know the name Weta Workshop, but I can almost guarantee you’ve seen their design work on the big screen in the Lord of the Ring trilogy. Their prop work is legendary, which is why when they announced an interest in entering the boardgaming world, people stood up and paid attention. And now the KS for GKR: Heavy Hitters is live and funded in less than five hours. Giant Killer Robots is a miniatures skirmish game for 2-4 players that’s part Hunger Games, part Robot Wars. And yes, those Mech models are phenomenal, but there’s a very solid and well thought out game underneath the pretty pieces. Movement and engagement rules are strategic without being bogged down in rules minutiae, the card play looks interesting and the 3 support units available to each Mech are game altering. But that Heavy Hitters moniker may as well refer to the impact on your wallet. Pretty does not come cheap.

Down in Cape Town, this weekend is D20Con! Saturday through Sunday at 1st Pinelands Scout Hall with an entrance fee of only R30, aside from a massive range of pick up and play boardgames, they’re also hosting X Wing Regionals as well as a Destiny After Dark Tournament. Lucky giveaways, great gaming, make a turn!

And lastly, it’s the birthday of our own fearless leader on Saturday, so be sure to give Stuart some social media love. Good gaming all!