Unlike many unsavory flavours lingering on the palate from the dishes served in 2016, board gaming managed to serve one of the most delectable smorgasbords of any gaming year. We all want to taste the freshness of the first vegetables grown on Mars again, delight in the hunks of beef making their ways down the Great Western Trails and smell the aroma of Borscht in the alternate world of Scythe. While new dishes are devised from the same key ingredients each and every year, we already seem to be getting additional portions of some of our favourites early in the year. After making myself salivate for cardboard chits, lets find out whats in the news. 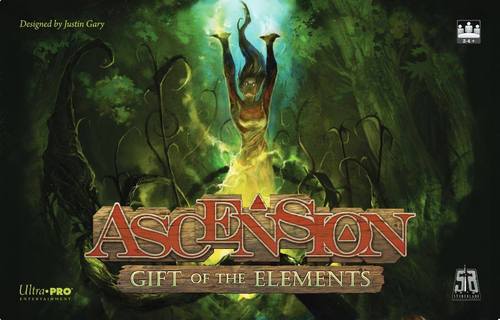 What would the start of a new year be without another new standalone version of Ascension announced? Ascension: Gift of the Elements is the latest in the UltraPro franchise of deckbuilding games, with players once again for honor battling to kill off monster while attaining glory. Like each new entree, we’ll find a new mechanical flavour in the mix, but nothing has been announced yet.

While many chefs love a vibrant and noisy kitchen, in Clank!, the surprise deckbuilding game from last year, making that amount of noise will cause you to be the main course. Already we have an expansion in Clank! Sunken Treasures from Renegade Games that will have a whole new board with areas that will become flooded and a new big nasty to keep tabs on. As if it wasnt enough to get the treasure out with dry clothes, from March you’re gonna find this may wet your appetite in the way you least expect it. 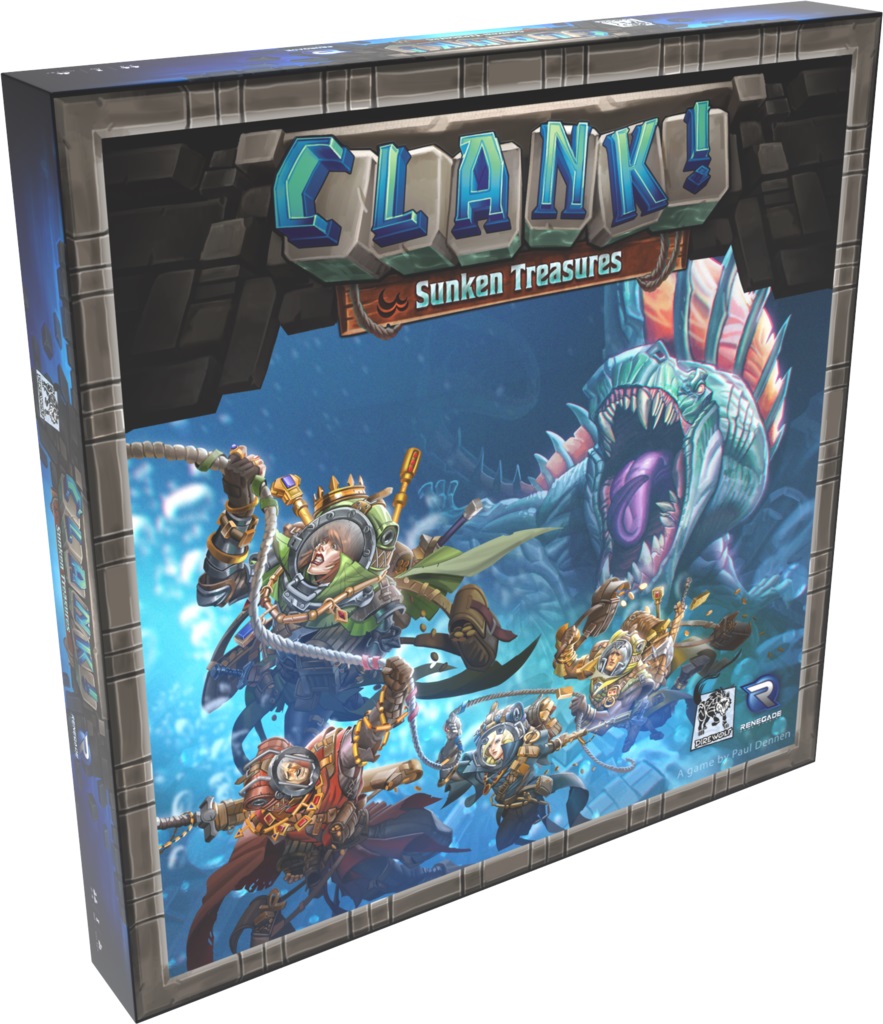 We already said we enjoyed the thriving ingredients growing on Mars didn’t we? Well Stronghold will be bringing us the expansion to their surprise hit of 2016, Terraforming Mars: Hellas & Elysium. With the expansion, corporation players will be working to control either of the 2 different maps included, giving new milestones to complete with each and new benefits to claiming the highest peaks on Mars! Already owning the base game, seeing more of mars and what fruits it may yield is always something to be excited for in June 2017!

There have also been murmurings from the depths as to naval warfare upgrades in Captain Sonar. While they are just blips on the Radar, I’m sure we’ll decipher the code in coming months as to details of Upgrades 1…. wait we’re hearing… 5 maps… 6 weapons…. 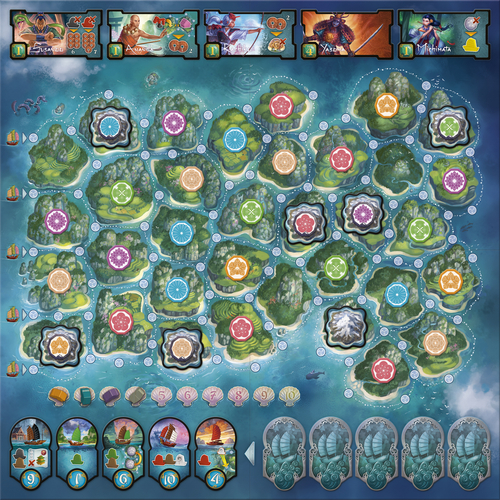 Days of Wonder has announced the release date of their latest creation that has everyone licking their lips for the beautiful presentation Yamatai has on anyone’s table. Bruno Cathala is at it again with a heavier weight game from the usual Days of Wonder stable, with what appears to be some tile placement building mechanics, as well as some trade and delivery elements as you vie for the greatest developments in the Asian themed world of Yamatai. Read the Preview on BGG here.

As a surprise to no one, the latest CMON Kickstarter project – The World of Smog: Rise of Moloch is already funded within hours of being launched. Expanding on Her Majesties Service, Rise of Moloch is a many vs 1 scenario driven dudes on a map game set in the exquisite Victorian Steam Punk World. The theme was one of my favourite elements of the previous World of Smog game but was poorly integrated into the mechanics, so we really hope that this title imbues the raw machinery into the game. You can count on beautiful miniatures and some exciting gameplay elements of special ability uses boosting your opponent as well as a novel turn order mechanic.

Khan of Khans is Dr Knizia’s latest family game title for 2-5 players that has players maneuvering to claim the most cattle for the High Priestess (she might be high for at the end of days to be requesting cattle) from the plains of Prax. You’ll need to avoid opponents stealing your cattle in the fabled world of Glorantha created by Greg Stafford. You’ll draw location cards to raid the Dragon Pass for more cows and attempt to avoid the stampedes and enemy magics. Each player will have a unique Khan power and we haven’t seen such beautiful mythical castle rustlers before in a board game with the amazing art of Ian O’Toole (Vinhos, Gallerist) 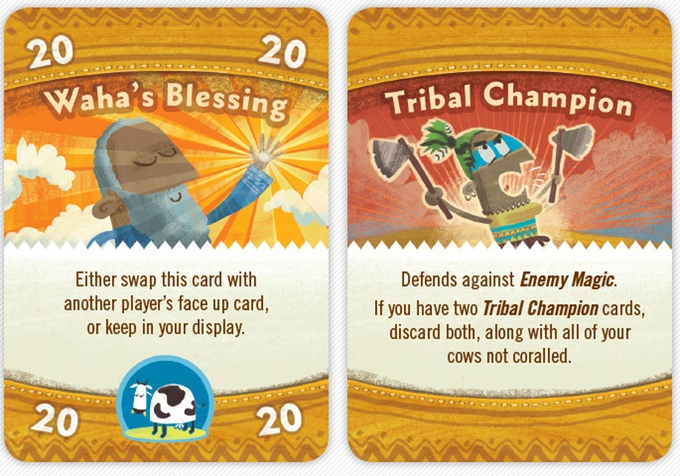 Abstract games have been making a popular re-emergence in board gaming and Tao Long appears to be another excellent 2 player game. Players will control opposing dragons, linked by Tao, meaning that each move you make leaves yourself vulnerable for the counters of your opponent. A gorgeous eastern theme style of art is contained in this two player box and much like many of the great abstracts before it, the mechanics are simple enough but there is surprising depth in the ruleset. Back it now or even try it out on TableTopia. 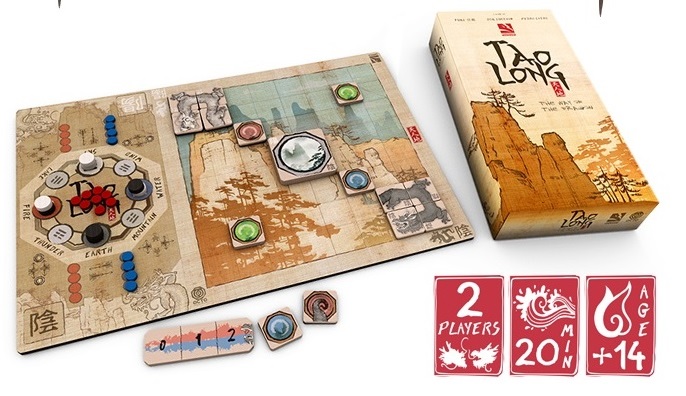 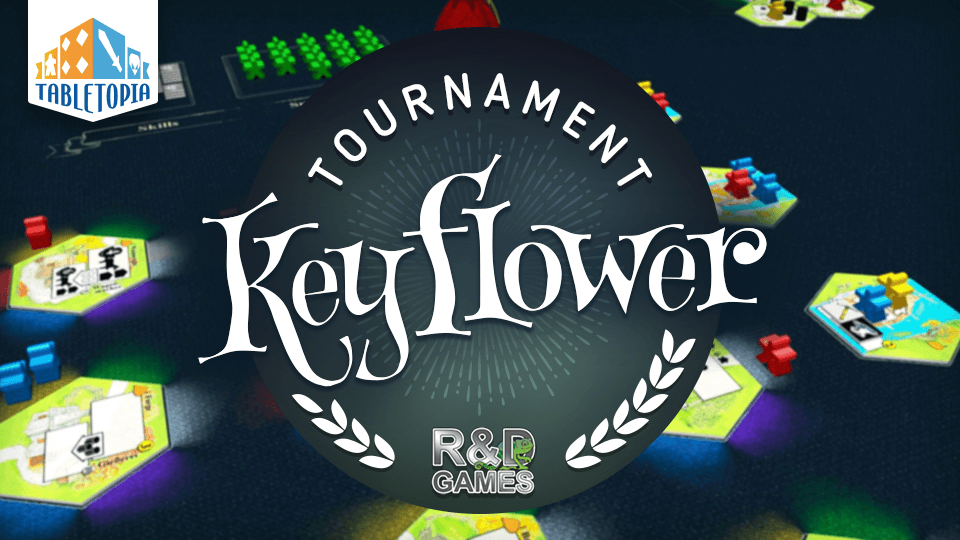 Speaking of Tabletopia, they’ve just announced the first online tournament on their new platform that we’ve seen. Register by the 1st of February for their Keyflower Tournament, in which you can win subscriptions to Tabletopia if you reach the quarter finals and the winner will win an autographed copy of Keyflower.  Hell, you don’t even require a subscription to play in the Tournament, so head on over and check it out.

Well that’s it for this week’s news, Paul will have something Artsy Fartsy for review coming in later this week and I’ll be stabbing you all in the heart with a syringe of something next week.