It’s no slight toward the publisher that brought us Splendor, Black Fleet and Elysium, but I don’t think anyone saw Time Stories coming. Sure, the premise for Space Cowboys  newest IP promised something quite unlike anything in gaming, but that’s always a dangerous robe for an upcoming title to don, for as we all know – there is nothing new under the sun.

Turns out, we were wrong. Who could have guessed that minimalistic cover concealed a design that would end up snagging three of The Dice Tower’s annual awards (best theming, best new designer, most innovative)? We’ve featured Time Stories a number of times here at CBQ already – Stuart did his best to review the first installment as spoiler free as possible and mastermind behind the game Manuel Rozoy was kind enough to afford us an interview – and as we creep up toward almost a year down the line, that first experience with Aslyum is as fresh in my mind as if we’d played it yesterday.

But that was also always Time Stories’ greatest obstacle – how would they top those first four hours? How does a magician continue to amaze when his audience has seen the false bottom, the smoke and mirrors? Going into Asylum our group of four knew precious little beyond anticipating the equivalent of a rabbit from a hat. When we instead witnessed a rabbit from a hat while dangling in a straight jacket above a fiery pit, when the adrenaline of successfully completing Aslyum faded away, the conversation drifted toward a hesitance – a fear that future tales in the Time Stories universe would face the same fate as M Night Shyamalan. How does one sell a twist that everyone is expecting?

The good news is that after having played The Marcy Case, A Prophecy of Dragons and Under the Mask, we can happily inform you that Manuel and his team are nowhere near scraping the bottom of the idea barrel. But as we’ve seen time and time again, good ideas don’t always translate into great games, and so the question remains: if you’ve held off joining the ranks of the Temporal Agents until the hype died down and enough of the series was out to provide a better analysis, is now the time to enlist?

**I’ve avoided spoilers as best I can, but if you want to go into the expansions completely blind, turn back now**

Set in the early 1990s, The Marcy Case was an interesting choice as a follow up for Asylum. It had the tough job of needing to keep the momentum going, but also the weight of expectation threatening to bring that momentum to a grinding halt. Arguably the most generic choice of theme and setting, this was offset by a far tighter narrative. Where Asylum was open-ended from the get go, The Marcy Case conveyed a fantastic sense of urgency, replacing Asylum’s slow creeping dread with a more suspenseful ‘it’s now or never’. 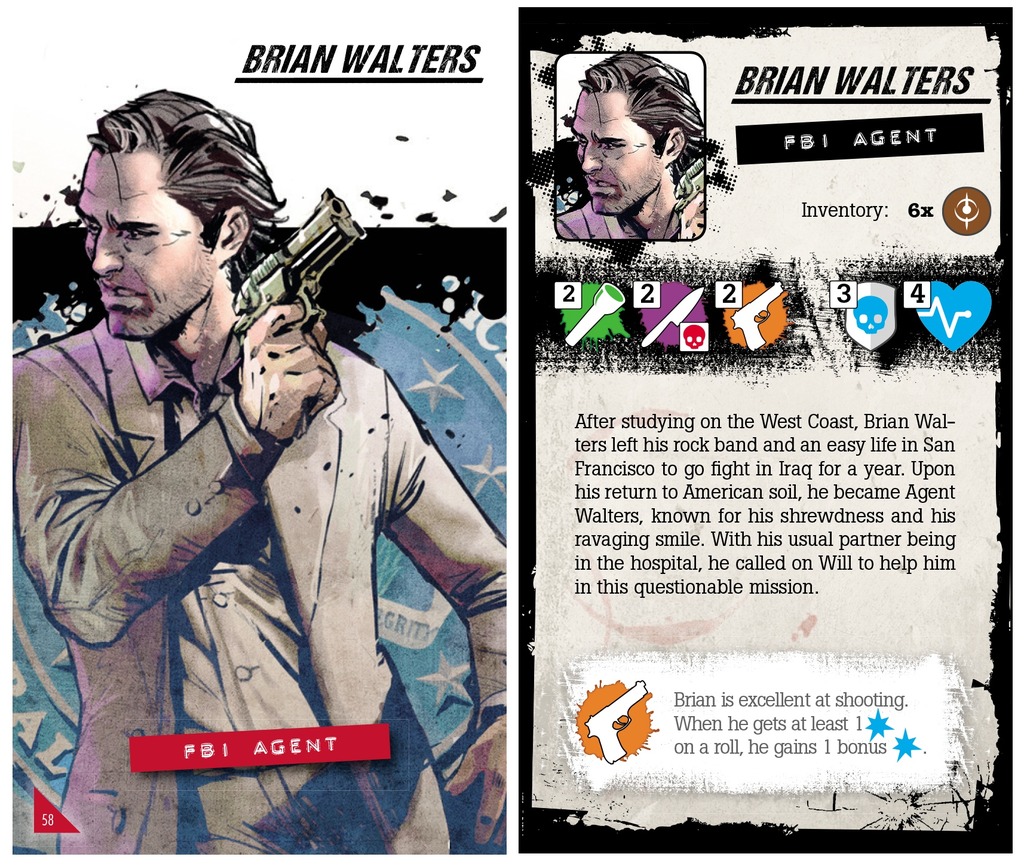 As many others have stated, it’s far more combat heavy, which meant that players who enjoyed Asylum most in the spaces between dice rolls would likely find the experience overbearing. It’s always difficult to comment on the veracity of such claims, given the randomness inherent in the throw of a die – roll well and the combat is only ever significant in short bursts, but roll poorly and I can certainly see how frustration may set it.

In our own playthrough the luck of the dice was never particularly generous, but we certainly never found the combat repetitive. Our only major criticism is that whereas Asylum felt like each accurate deduction lit up the next branch in the path, following the strands of The Marcy Case was more akin to untangling earphone cables – shake the whole damn thing and hope something comes loose.

A Prophecy of Dragons

If The Marcy Case was Space Cowboy’s experimenting a little more with narrative and suspense, A Prophecy of Dragons is the design team hinting at how deep their box of magic tricks goes. This expansion relies again heavily on the testing of skills using dice, but provides a greater variety of solutions to those tests. A sharp axe isn’t always the most effective means of overcoming obstacles, and Prophecy extends that approach to the narrative itself. Asylum and Marcy both have different paths to victory, but replaying the game reveals those differences to be mainly cosmetic – Prophecy is the first expansion that could actually be played a 2nd time by the same group and still offer a satisfying experience.

What has elevated Prophecy as my personal 2nd favourite is the addition of the Mystery Deck. Obviously, I can’t say much without venturing into spoiler territory, but the latter half of the expansion delivers a few ‘I did not see that coming’ moments as well as introducing a twist of Time Stories established mechanics.

I’ve made mention of derivative settings, and Prophecy falls comfortably into that category, but there was a nostalgic element to the stunning artwork that appealed greatly, as anyone with fond memories of the Dragonlance series will likely attest. I suppose it’s a testament to the divisive nature of the series that most have listed Prophecy as the weakest expansion thus far. Some of the criticisms, such as this being the easiest expansion, are indeed fair, and my having an inclination toward tabletop rpgs probably influenced my opinion somewhat, but I’d maintain that Prophecy is probably the 2nd most important expansion at this stage. Not only does it have enough ‘rug under the feet’ moments that cultivate a quiet excitement about the promise of future innovation, but it has a number of implications for Time Stories as a developing narrative.

If the combat-heavy nature of the previous expansions failed to deliver for some, Under the Mask is a return of sorts to the ground Asylum trod. Another introduction of a twist on the existing mechanics is extremely effective, and proves at least that whilst certain choices haven’t worked as well as others, Space Cowboys track record when it comes to evolving the framework of Time Stories is excellent.

Unfortunately, Under the Mask proved the biggest let down for us thus far. The narrative felt far too linear and certain locations lacked a sense of identity or were too similar to one another. One of the series’ biggest minefields has been in how the Time track and the notion of Time units has been handled. Our group has never taken issue with resetting after each run, but I know that for many other groups restarting the loop proved a tedious affair that contributed nothing but frustration. 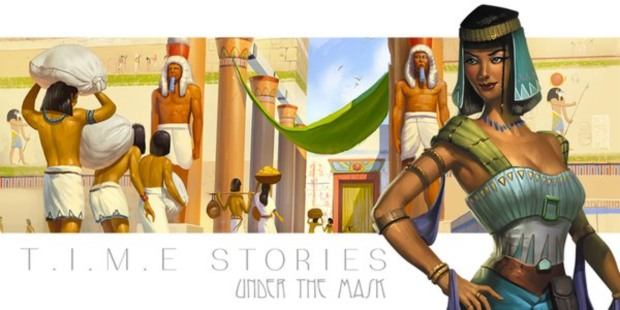 Where Prophecy took a step in the right direction, Under the Mask takes a step back. Time units are a difficult thing to balance, leaving enough to make a scenario feel achievable, but at the same time it is the difficulty of completing tasks that makes them so engaging. Mask comes across as being too miserly with its allocation, as if the designers realised that in order to get the full effect groups would need multiple runs and so pushed the balance too far.

In many respects, picking up Time Stories now may well provide a more pleasurable experience than for early adopters, and if you are considering exploring this universe, or have played Asylum and as of yet been unsure about the expansions, here are a few tips: 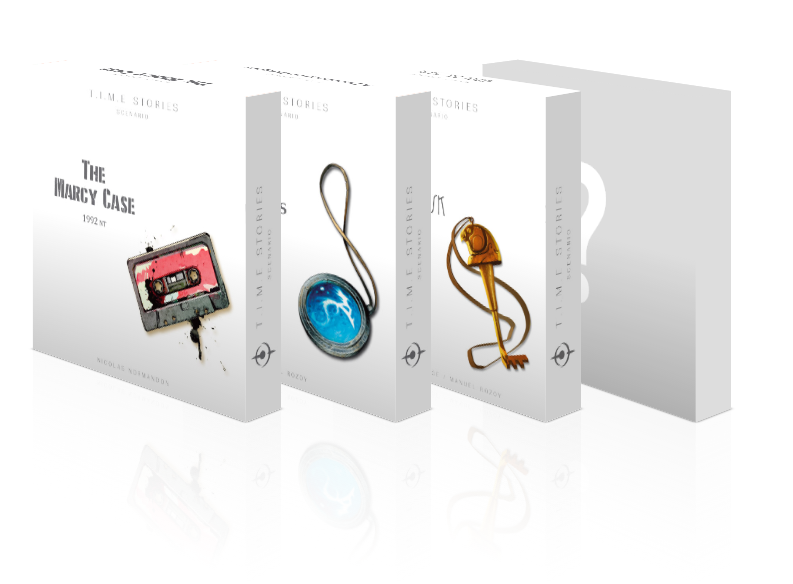 Jumping into the Time Stories universe at this stage is pretty much an all pro no con situation. A healthy and growing FAQ, enough content to last until the next expansion in September – despite my criticisms this is one of a handful of boardgaming experiences that should be on every self-respecting gamer’s bucket list. An experience unlike anything you’ve likely encountered outside of the written page, an appreciable dose of humour and winking nods to wider gaming culture and of course Bob, Time Stories’ constitution at this point is sturdy. If this were a State of the Nation address it would likely be reported on with the headline Cautiously Optimistic.

It does feel though like we’re still waiting for Time Stories to do that something extra with its narrative. The settings have been diverse sure, but thus far I continue to feel a sense of disconnect with the actual plotting. That’s not to say the experience isn’t engaging or that following the twists and turns isn’t a delightful journey, but rather that I haven’t yet seen the franchise reach for glory yet. Post Asylum choices have felt a little too safe, touching on settings and genres with wide appeal.

That’s understandable, Space Cowboys can’t truly be criticised for creating expansions that take advantage of established tropes, but at the same time they’ve flung the windows of imagination open wide and I’d like to see them venture into uncharted territory. In fairness, the delayed 5th installment Expedition Endurance may be just what I’ve asked for, an Antarctic expedition set in WWI. Precious little information exists, but the title may make reference to Ernest Shackleton’s incredible tale of survival.

But who am I kidding? I’d be picking up the next expansion regardless of setting. There are elements of the last three that have fallen short of the bar Asylum set, and Space Cowboys really needs to rethink their approach to the game’s rules, but the truth of the matter is that these instances of four hours that I have spent with each, highs and lows and triumphs and disappointments, remain the pinnacle of the gaming experiences I’ve had over the last 8 months.

I’ve committed myself to the Agency, to Bob’s disapproving glares and miserly praise, and I’m not going AWOL any time soon.