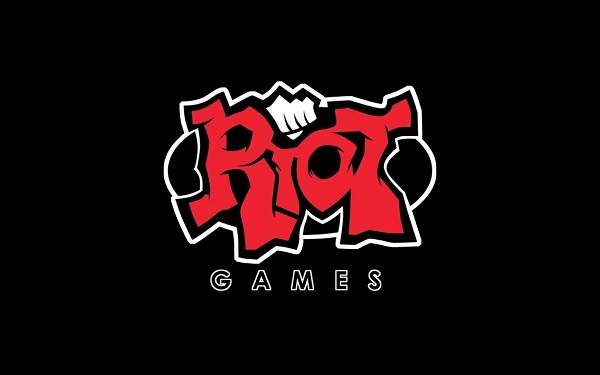 As an avid devourer of board gaming content much of which is marketing and community commentary, it has been impossible to avoid the provocative flavour of the announcement of Riot Games’ new project: Mechs vs Minions, what with yesterday’s glug of information tickling the taste buds of news feeds and social networks. For those unfamiliar with the company, Riot Games is a video game developer with a rather singular catalogue. While we can understand the question mark forming like some first-time exotic flavour, it’s infinitely more digestible when you realise that the game in question is League of Legends. Still puzzled? Well with an estimated recorded revenue of $1.6 billion in 2015 and a staff compliment of well over 1000 employees, for a free to play videogame on a single platform it’s hard to dispute that these talented people may know a thing or fifteen. But with a free to play game, how can one company be so profitable and Stuart, what does this have to do with board games at all you ask? Simple.

In League of Legends, all revenue is derived from peripheral components of the core business, which is free. Players can, without spending a cent, download the game and have access to all the game modes, a variety of characters always free through weekly rotations while others can be unlocked with in game currency achieved through playing the game. Players can choose whether to purchase cosmetic items for their characters that will enhance their experience of the game. They derive revenue from merchandising, tickets from events marketing related endorsement deals and advertising – all of this because they have focused on their players. Their free core product is so polished and constantly evolving due to the needs and desires of their loyal players, that they have created a meaningful relationship that has in turn yielded them a thriving business that delivered around double the revenue to the entire board game hobby industry in the USA & Canada in 2015. This is all due to a level of marketing, branding and business acumen propelling yesterday’s announcement to a reaction in the industries media the likes of which I’ve rarely seen in the reporting I’ve heard, watched and read in the last 24 hours. 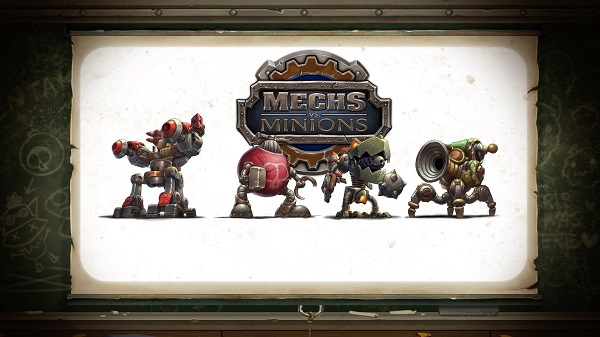 While the industry is no stranger to game announcements, reveals and hands on reviews it appears Riot Games have made a distinct impact on the market in such a short period of time. Through a series of calculated choices, ideal framing and relationships over the almost 3 years of product development they have many of the groups and board gaming communities around the world talking about what they’re doing. Well, I say talking when I mean feverish slavering. So what did they appear to do differently from the rest of the board game marketing fraternity? 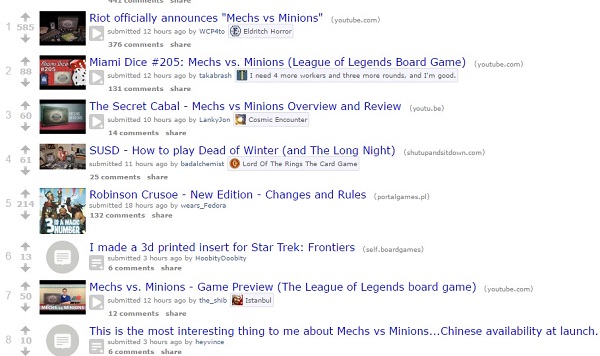 5 of the top 8 Reddit board game posts in a few hours after the embargo lifted.

Leveraging the similarities between both board gaming and video gaming industries, Riot Games used a similar timed shotgun media approach that many video game review marketers have done for many years. If you watch the timing of any major video game releases, all your major video game media sites release their review, opinions and hands on reviews of games within minutes of the embargo being lifted to be the first publication to sate the quench for opinions that the community has for the details of the product. When the Destiny video game embargo was lifted, my twitter feed had back to back reviews from all the major players and had gamers eating content faster than the Spirited Away pigs at the buffet. Not only is massive hype created for anyone unfamiliar with the title because everyone seems to be covering it, but you are almost guaranteed to see it in one of your social feeds, favourite blogs or mentioned by friends around the table. Most board gaming news releases are either on the publishers or designers websites alone, or possibly mentioned by one or two media personalities, never quite to the concentrated coverage that was seen yesterday. Which leads me to the next point, It matters who is talking about your product.

With a smaller media community than the video game industry, networking among all the board gaming kingpins, creating relationships with them and allowing them to have the full completed product to test and evaluate plenty of time before the embargo lifted meant that there was adequate time to create the type of content that gave them the media push they needed. Many board gaming influencers have full time jobs and simply create board gaming content as a sideline endeavour (CBQ included) and therefore require ample time to review the product AND produce media to the quality you’d like to have represent your game. Watch it Played, The Secret Cabal, Geek and Sundry, Rahdo Runs Through & The Dice Tower to name a few ALL produced high quality video content that requires scripting and editing, and still managed to meet the lifting of the embargo simultaneously. The Secret Cabal & Rolling Dice and Taking Names both have very informative interviews with the product manager of Mechs vs Minions and one with the lead designer. The media message of the history of the game, the production journey, the relationship of the producers with the industry and the help that they sought was delivered in both interviews with marketing care. None of this was disingenuous at all, simply the work of a well constructed media message as to why this game is important to players and the industry.

Not only did Mechs vs Minions get glowing endorsements from many of the major industry heavyweights it leveraged them into the narrative of how the game was polished into its crystalline final form. In numerous online articles and audio interviews, Riot Games tells of how they flew in two of the industries most trusted reviewers, Tom Vasel of The Dice Tower and Quinton Smith of Shut Up and Sit Down, to come and assess the product and provide feedback. These specialists aided them by suggesting improvements to be made to the game, whether or not they had created a good product and in Quinn’s case, changed the last 18 months of development in the game by advising on the campaign type structure, legacy style elements and modular board system. Not only did they get crucial game design information from people who have played and reviewed most of the popular titles from the last 5 years or more, they also subtly aligned their product with an unwritten endorsement from these specialists. Rodney Smith from Watch it Played, known as the go-to-guy for board games rules explanations consulted on the final rules for the game aiding the quality of the final shipped product. These Media Creators, along with Jamie from the Secret Cabal, have the influence to dramatically sway impressions and sales of products, as well documented by the Shut Up and Sit Down Sell Out Effect and Tom’s influence on pre-orders of Cry-Havoc as well as many other titles. 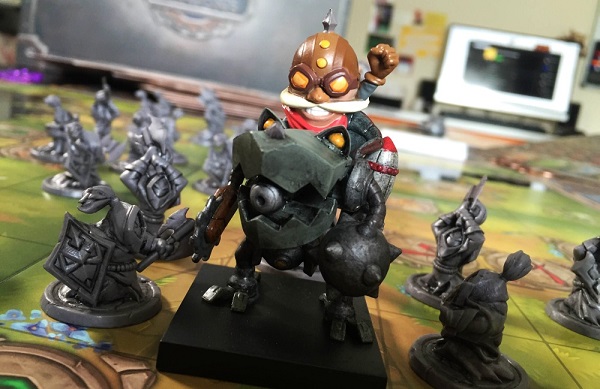 There is no disputing the barrage of camera flashes aimed at the latest beauty on the board gaming runway and with good reason. Every key characteristic of the Mechs vs Minions package has been crafted to appeal to the discerning gamer. Riot Games researched (and have said directly in interviews) that the height of new game excitement is when players unbox the product and its important to make that experience as rewarding as possible. The package alone is one of the heaviest of any game released this year at around 7kg, custom molded trays with lids cover all of the miniatures, all the 4 mechs are expertly pre-painted and the minions all detailed with a simple black wash, quality custom dice with metal gear components to markers, hidden components that are made available through campaign progression and some of the highest quality materials. All of these individually would usually indicate a price point of collectors editions upwards of the $150 dollar mark and yet they have floored the community, media and other publishers with a price point half of that. At $75, Mechs vs Minions sits squarely in the affordable hobby board game price range much like an aristocrat enjoying the theatre tickets with the common folk at the front much to their delight. They’ve achieved all of this through managing the distribution internally and only allowing direct sales, which while potentially having an effect on FLGS’ has made the end consumer delighted with a price point that defies all current industry understanding. Questions surely need to be asked in regards to markups through the sales cycle coming at a point in time where acquisitions have caused turbulence and distrust in the board gaming market.

Is Mechs vs Minions going to be remembered as one of the best games to come out of 2016? Will it blindly charge into many board gamers favourite acquisitions for Christmas? Possibly, but we’re not going to comment on the quality of the game without getting our paws around the programming controls of those robots and sending them to mow down the evil minions. Will this title, tied in with the League of Legends (LoL) universe, bring more people into the board gaming hobby from video games and potentially more board gamers to digital MOBA gaming? While the community will decide all of these pending questions come the launch of orders on the 13th of October and the subsequent plays of the title, I’m pretty sure that what they have achieved in the marketing and branding of the product will influence the way board games are marketed in the future.