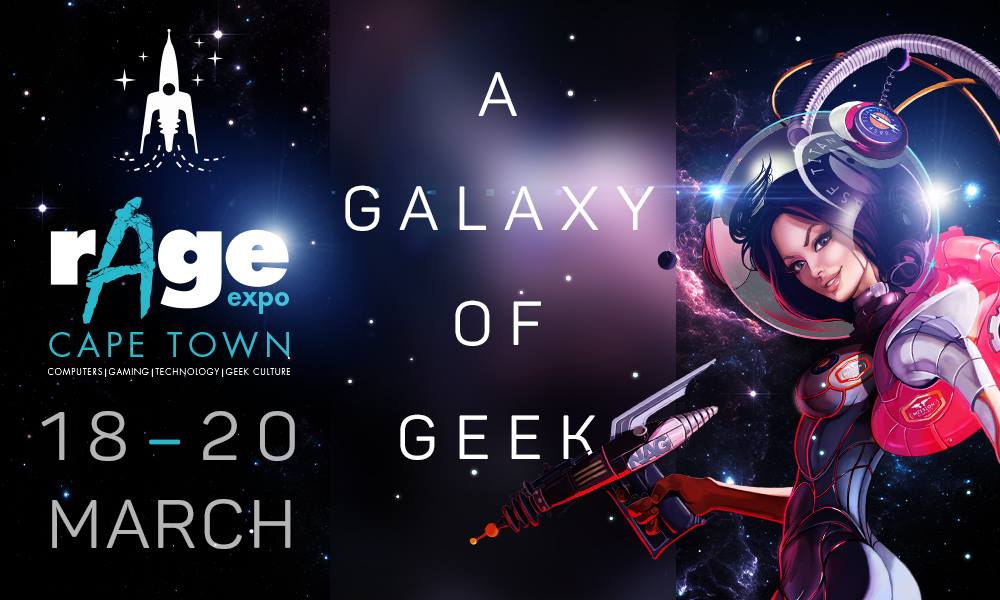 For years Cape Town has been crying out for its own gaming expo, with various attempts failing to launch – such as GameX or the Pixelated Gaming Experience.

Finally one did happen in 2015 in the form of the Electronic Gaming Expo South Africa (EGESA for short). It was a step in the right direction – featuring competitive LANs, gaming distributors displaying their wares, the opportunity to try out new technology like the Oculus Rift, and of course there was a MASSIVE tabletop section. EGESA had a great response from the public, and is back again this year in July.

When people talk of gaming expos in South Africa, the word rAge will always be mentioned. Our country’s premiere expo has been running for 13 years in Johannesburg, with Capetonians casting jealous glances to the North. The die-hards have always managed to find a way there but thankfully last year in July, it was announced that rAge would finally be debuting in Cape Town in 2016.

Although rAge has always been about gaming, it’s fair to say it’s no longer just about gaming. Except the obvious technological draws, the event has given a huge amount of exposure to other channels of “geek culture” –  like cosplaying, comics and tabletop gaming.

And our first Cape Town rAge will be following suit by showcasing the best tabletop games from the local distributors and retailers. Let’s preview what you can look forward to this weekend. 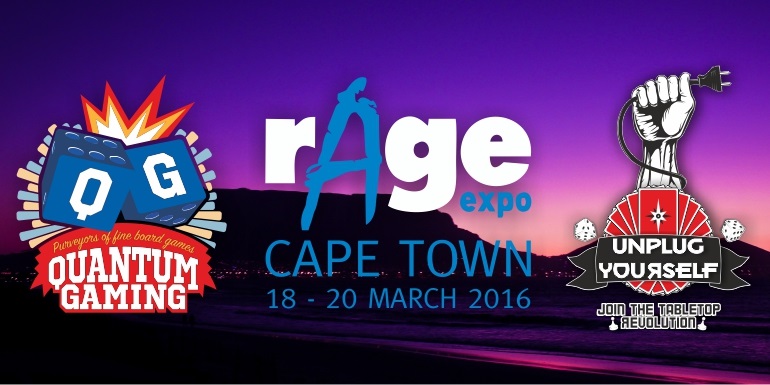 The main feature for Cardboard Quest will be the Unplug Yourself section, consisting of the largest distributors in South Africa – Boardgames South Africa, Skycastle Games and Blowfish Entertainment.

“We aim to expose the public to the amazing world of Tabletop gaming. Apart from having some of the latest games for sale , we will also head up a demo area. So feel free to pop in and try out some of our most popular titles!”

We’ll also be playing our part by assisting with the demo games – Stuart on Saturday, and Paul on both Saturday and Sunday. If you’re looking to add to your collection, why not try…..

The official retail partner for Unplug Yourself will be Cape Town’s own Quantum Gaming. If you enjoy any of the demo games, feel free to purchase a copy afterwards from Quantum. “If you are looking for boardgames you have come to the right place! We stock a large variety of boardgames from party games to heavy wargames. “

is well-known across Cape Town for their organised Magic the Gathering tournaments, as well as specialising in other Collectable Card Games. Their stall in the fleamarket section will be host to a variety of specials and random prize giveaways. “The Battle Bunker stocks all the necessary figures, paints, books, rules, etc. to play the most exciting fantasy table top games in the world.”

And that is what we have to look forward to. Check out the full list of exhibitors to see what else there is on offer, and what activities you can participate in.

Book your tickets either at the door at Grandwest Casino, or via Computicket. And come say hi to us at the Unplug Yourself section.