“There’s an app for that” is a phrase that applies to just about anything. Including board games.

In recent years companion apps for games have emerged – from third-party companion apps to fully licensed releases. Apps that act as dice replacements, apps to keep score, save progress – the rise of mobile devices has given publishers a massive platform to release companion apps on (not to mention complete digital versions of board games, but that’s a list for another day).

While app-required board games like X-Com have divided opinions, surely we can all agree a bit of electronic assistance can be handy. Today we’re casting our gaze towards  a variety of board game companion apps.

(Prices listed are for iOS – Android prices may differ) 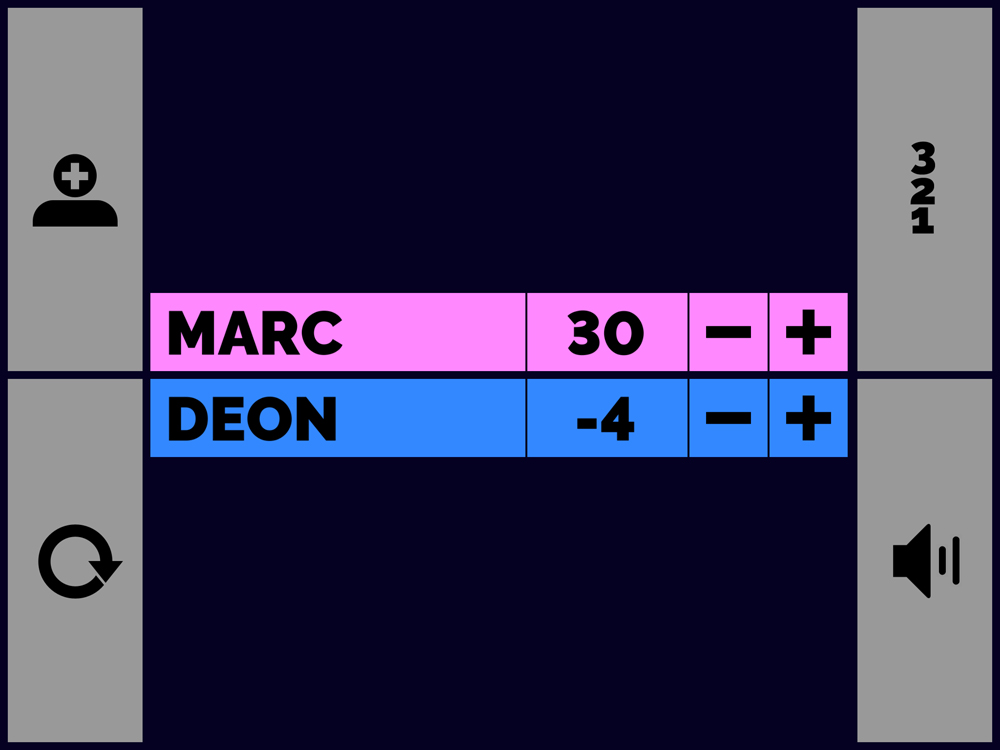 Not the best introduction to Star Realms for Deon

I do love me some Star Realms, but I am not a fan of the scoring cards which are included in the base set. Sure it’s about as easy as keeping score with pen and paper, but this sci-fi deckbuilder needs a more elegant solution .

Suitable for: Star Realms. Also pretty much anything. 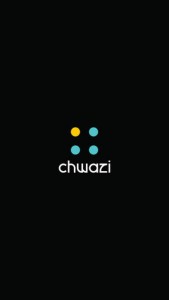 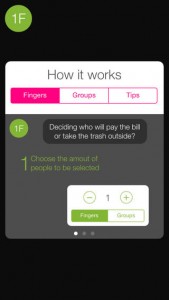 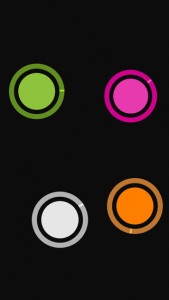 Ever had trouble deciding who plays first in a game? If you’re tired of playing Rock Paper Scissors to decide, or picking the oldest, youngest, or the person with the most money in their pockets (or whatever your rules booklet is asking you to do) – then try Chwazi.

All players simply put a single finger on the device screen, and the app randomly picks a first player. If you want to split a group into any number of teams, Chwazi has an option for that too.

Suitable for: Most games. 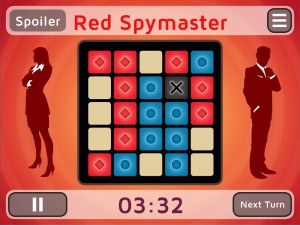 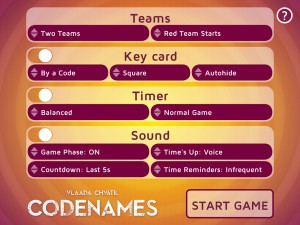 The app from Czech Games Edition that you are probably thinking you don’t need. But it packs a surprising amount of options to customise your sessions with.

You can pick from the standard team vs team, or one team versus the game. Key cards can be auto generated in various layouts, and the app supplies voiceover alerts. 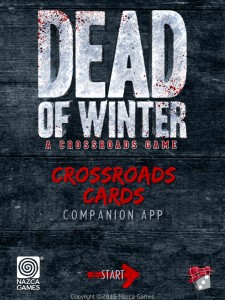 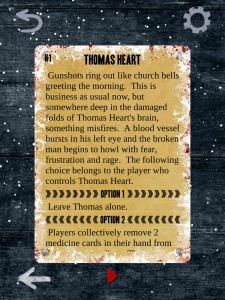 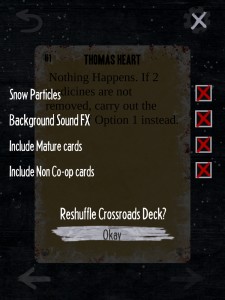 Probably THE game of 2014, and has only recently received its own app, which replaces the Crossroads deck from the main game.

For those who haven’t played Dead of Winter, The Crossroads deck provides an added layer of story depth. On a player’s turn, the player to their immediate right picks up a card from the Crossroads deck, and keeps it secret (for now). On it is an event that only triggers when a specific action takes place on the active player’s turn. If that action happens, the player is presented with a story and a choice to make, from which you can benefit. Or bad things happen, the choice is yours.

The great feature of the app is that the results of the choices are not shown beforehand as with the physical cards, so it creates a bit more tension as nobody knows what the results will be. The app also provides background noise (blizzard) for added atmosphere.

If you have younger players participating, then you can omit the more mature cards from the deck.

The only real letdown being the exclusion of the promo character Crossroads events (so my copies of Felica Day and Kodiak Colby aren’t supported). 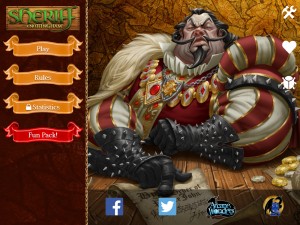 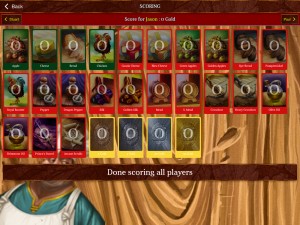 A fantastic bluffing game, but scoring can be a bit cumbersome at the end. This app allows you to quickly tally up all the points to declare the winner / best liar.

It also adds to the atmosphere with randomised audio comments during rounds (“Look, he just put air quotes around “legal”!”). Round times can also be set.

Sheriff of Nottingham also comes with the option of an in-app purchase (IAP) in the form of the Fun Pack ($1.99), which adds more audio comments (over 70, including a “Naughty Pack for mature merchants) and the ability to track your stats. 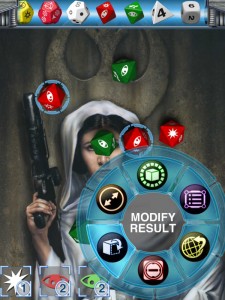 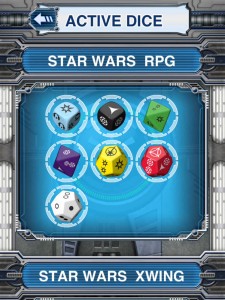 All the custom Star Wars dice you can handle… digitally. This app features dice from all your favourite Fantasy Flight Games titles including  Star Wars X-Wing and Armada, Imperial Assault and even the Star Wars RPG.

Your options include various backgrounds and sound packs. This app can be used with other games too if you’re short on physical dice. 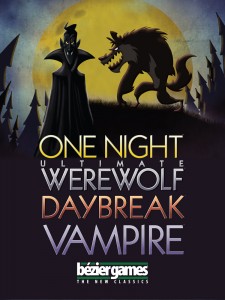 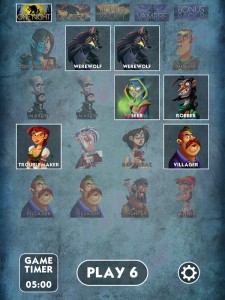 This app runs the entire game for you. Simply select which game(s) you are playing, pick the involved characters, and the app will do the rest – turn sequence, and timing the game.

Other options include your choice of narrator (male / female), background music, timer length and more. 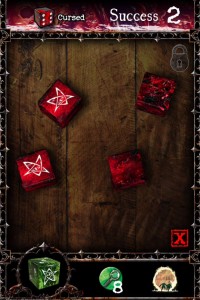 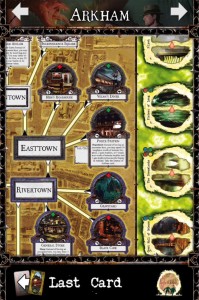 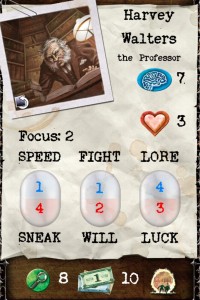 Touted as the “ultimate accessory for Arkham Horror”, this app includes a dice roller, investigator tracking sheets, Location and gate cards and interactive maps. So less bookkeeping and more playing. Unless shuffling cards is your thing.

Content from all Arkham Horror expansions are available as IAP ranging from $0.99 to $2.99.

Let us know what your favourite board game companion app is by dropping a comment below.